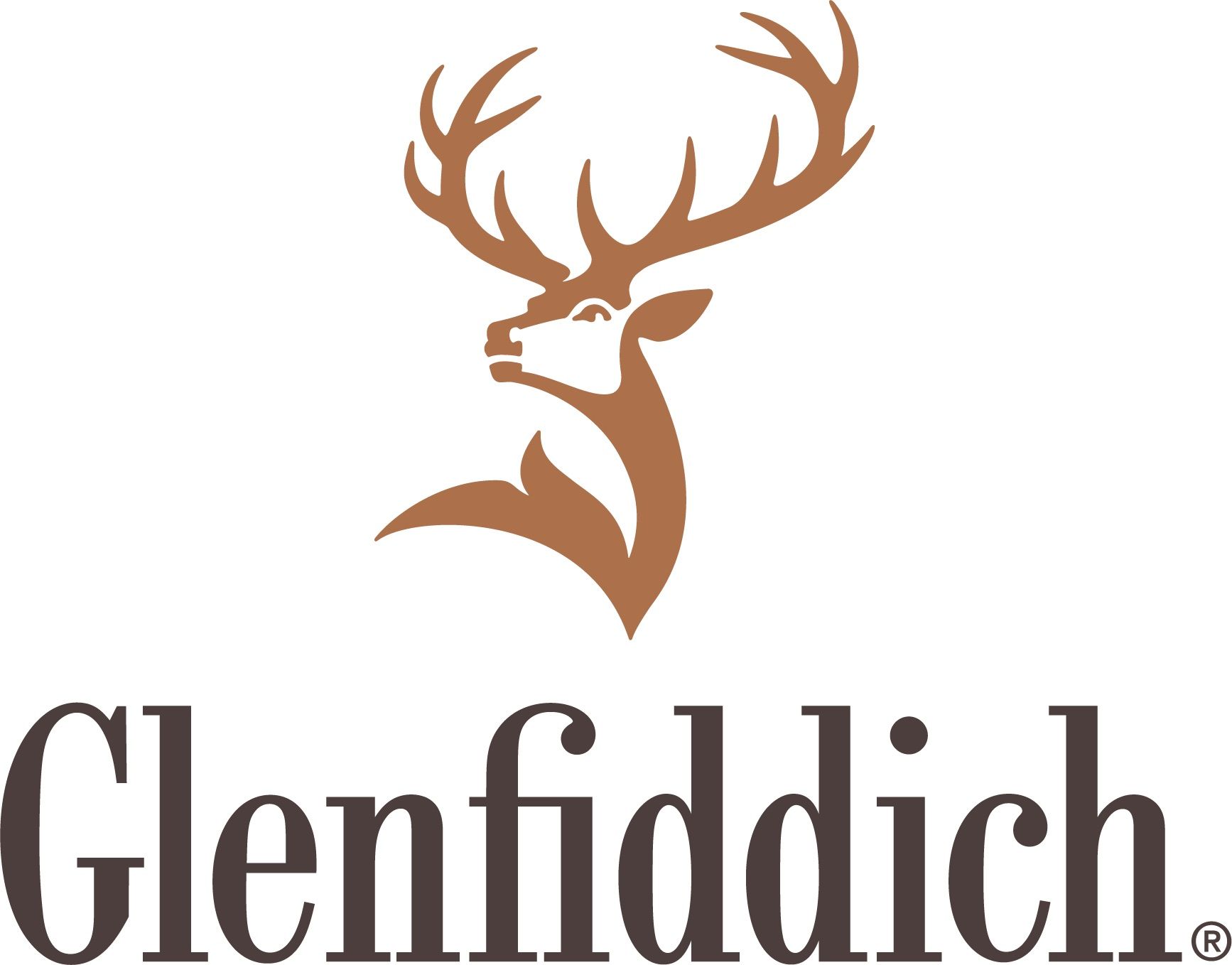 My father-in-law is the kind of person who will wake up one morning and decide to repaint the entire exterior of his house, by himself. He painstakingly laid every single stone of his front walkway. He built his own garage. I, on the other hand, edit a restaurant blog and will put off fixing the hinge of a cabinet door for months if it requires a trip to a hardware store. We are, as the meme goes, not the same.

I was surprised, then, when he bought a pizza oven from the company Ooni, instead of building one himself; I was less surprised when he nevertheless spent last summer building an entire backyard kitchen for this oven, and framing it all, naturally, with a homemade cedar pergola, taking care to add a hidden, trap-door-like contraption to the top that allows the pizza oven’s exhaust to escape safely. I also understood the implicit message that was being sent: It was time for me to learn how to make some very good pizza.

Given the months he spent pouring concrete, carefully laying brick, installing stainless-steel cabinets, and somehow running both water and electrical to the kitchen, only a monster would not learn to make pizza. Every day someone did not use that kitchen would be a day that his work went to waste. Without saying a word, he had effectively delegated the task to me, his food-enjoying son-in-law, and, in doing so, ensured for himself and his family a lifetime of custom-made pizza.

So I dove into the literature — the Bianco and Roberta’s cookbooks, the Sytsma family’s signed copy of the now-out-of-print Franny’s book  — and thought back fondly on all the slightly charred slices of crisp-and-chewy dough I’ve enjoyed over the decades. Would I work some whole-wheat flour into my dough? Would my sauce be the kind of bright tomato-only puree championed by lovers of Neapolitan pies, or would it be the heavier, slightly cooked version favored by New York’s slice joints? (One chef suggested I try using only tomato paste, which would allow for maximum topping grippage.) How long to let my dough proof? Fresh yeast? Dry? Or do I take my chances and let the wild yeasts of Long Island suburbia give lift to my crust?

It took more than a few tries to get the hang of it; to understand that despite its diminutive size the Ooni oven can still burn with the fury of a thousand hellscapes; to learn everyone’s preferred sauce-to-cheese ratio; to figure out that I was the only person who liked whole-wheat flour in the dough. Even still, we got a few solid months of what I would call fairly successful pizza-making in last year before shutting down the operation for the winter.

And this year, of course, we have been able to devote considerably more time to this hobby. What I have learned in the last couple of months is that pizza is like the anti-sourdough. There is no need to tend to a starter if you don’t want to. Some very worthy dough recipes require only a few hours to proof. If a particular pizza doesn’t work out, it takes no more than a couple minutes to cook another one. It is an excellent, time-filling quarantine project that somehow still offers instant gratification.

I will be the first to admit that making pizza at home is the most insufferable kind of weekend-project cooking. It’s a cliché. It is wildly inefficient. And I live in New York City, where, even now, what is arguably the best pizza in the world remains readily available. It’s completely unnecessary and that, as it turns out, is exactly why it’s the kind of dumb undertaking over which two people can bond for a few hours while also drinking some cold beers. There are no real stakes. The only reason to do this at all is to enjoy the act of doing it.

So I spend my Saturdays assembling toppings and blitzing new batches of sauce. I watch as my 2-year-old happily houses entire pies by herself. We let the fire die down; the oven cools off. And then I start mixing and kneading more dough so we can do it again the next day.

More From This Series

openings 9:25 a.m.
The Many Influences of Kwame Onwuachi The chef puts his own history on the menu at Tatiana.
By Tiffany Martinbrough
best in class Yesterday at 2:45 p.m.
11 of the Very Best Air Fryers Custard toast at the ready.
feature Yesterday at 11:15 a.m.
This Tasting Menu Tastes Like Pot A cross-country dive into high-flying, super-high dollar cannabis cuisine.
By Adam Platt
emergency discussion Nov. 22, 2022
The Menu Gets That Fine Dining Is a Cult Obscure location, insufferable clientele, and staff at the end of their rope — this horror-comedy’s got a lot in common with reality.
By Chris Crowley and Adam Platt
holiday gifts 2022 Nov. 21, 2022
The Best Gifts for Beer Lovers, According to Brewers and Beer Lovers Because you can do better than a novelty beer helmet.
profile Nov. 21, 2022
Scarr’s Pizza Is Expanding — and Adding a Sushi Counter How Scarr Pimentel became Orchard Street royalty.
By Tammie Teclemariam
the grub street diet Nov. 18, 2022
Jeremiah Moss Wishes Arturo’s Would Open Earlier “I feel like I’m betraying myself somehow when I eat nice food.”
By Alan Sytsma
the year i ate new york Nov. 17, 2022
Where to Watch the World Cup Our diner-at-large goes looking for that perfect 5 a.m. sports bar.
By Tammie Teclemariam
closings Nov. 15, 2022
Good-bye to Pearl, the Oyster Bar That Launched a Million Lobster Rolls “A perfect storm” of calamities led to the restaurant’s closing, according to owner Rebecca Charles.
By Steve Garbarino
openings Nov. 14, 2022
The Race to Finish Rockefeller Center’s Restaurants A handful of ambitious new spots are all vying for the attention of, well, everyone.
By Chris Crowley
the grub street diet Nov. 11, 2022
Margo Price Stops for Tacos in Texas and Katz’s in New York “Tonight we might get stoned and go eat a hot dog.”
By Alan Sytsma
the year i ate new york Nov. 10, 2022
Detours and Seafood in Jackson Heights What to do when a food pilgrimage doesn’t go as planned.
By Tammie Teclemariam
scenes Nov. 8, 2022
Saturday Night at Slutty Vegan Brooklyn’s best party is a line for veggie burgers.
By Chris Crowley
grub guide Nov. 7, 2022
11 Extraordinary Pies for Thanksgiving From the city’s most exciting new bakeries.
By Charlotte Druckman
the grub street diet Nov. 4, 2022
Zosia Mamet Shares Swedish Fish With Her Horse “I ride my horse pretty much every day, and I’m terrified of getting hungry.”
By Zach Schiffman
openings Nov. 3, 2022
A Ukrainian Bar Arrives in Soho Slava opens in the former Pegu Club space.
By Robert Simonson
the year i ate new york Nov. 3, 2022
Our Diner-at-Large’s New Favorite Restaurant At Syko, stock up on meze while you grab a bulgogi fatboy for the road.
By Tammie Teclemariam
remembrances Nov. 2, 2022
A Messy, Exuberant Keeper of Both House and Head In the ebullient too-muchness of her life as she shared it with us, Julie & Julia author Julie Powell reported on it like we were her pals.
openings Nov. 2, 2022
Pizza Obsessive Anthony Mangieri Opens Caffè Napoletana On Saturday mornings, Una Pizza Napoletana will transform into an Italian coffee counter.
rip Nov. 1, 2022
Gael Greene Invented the Modern Restaurant Critic The author and longtime food writer has passed away at the age of 88.
By Adam Platt
More Stories