‘I Still Have Hope’

How one New York–trained chef is bouncing back — and helping Puerto Rico — after Hurricane Maria. 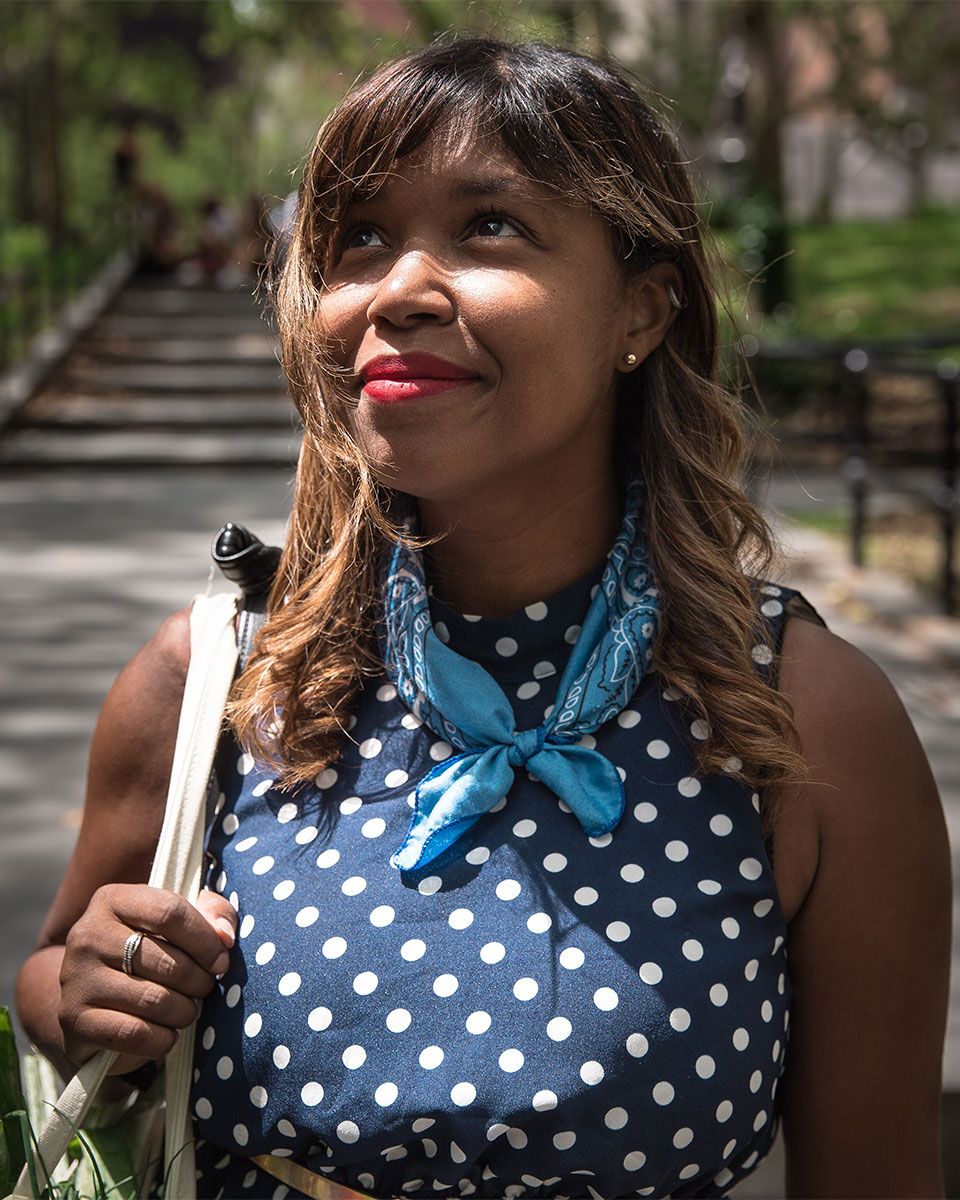 Maria Grubb, who is in New York this week for a series of special events. Photograph by Scott Heins

“A few fans, a few light bulbs, you can’t turn on your AC, so you’re sweating like an animal, just dripping.” It’s not what Maria Grubb had in mind five years ago when she and her brother opened Gallo Negro, an upscale restaurant in San Juan, Puerto Rico. But that was before Hurricane Maria, before the farms she sourced from were destroyed, before her employees left the island.

“There’s no power, there’s no roads, everything’s flooded,” Grubb recalls. “Mold covered everything, grease everywhere. We had to take everything out, repaint, redo the roofs.” Still, Grubb counts herself lucky to have reopened at all, when many of her friends were forced to close their doors for good. She had a small generator, and used it to power a few light bulbs, and a weak fan she pointed toward her kitchen. Before the hurricane, Grubb was known for her modern cuisine, dishes she learned to make while training in New York restaurants. And this week, she returned to the city in hopes of spreading the word about her restaurant, and Puerto Rico.

In reality, Grubb never had plans to cook professionally. Growing up, Grubb helped at her parents’ hot-dog cart, and remembers their seemingly endless shifts at the restaurants where they worked. Food was a central part of Grubb’s life, but it was as much a chore as anything else. By the time she was 8, Grubb was helping her mother in the kitchen even though she couldn’t reach the stove. “She made me cook rice and beans,” says Grubb. “We didn’t have that normal childhood of like, ‘Can we go to the movies after school?’ ‘Cause we had to go home and help cook.”

But when she and her husband moved to New York in 2002, with her sights set on attending law school, cooking didn’t feel like a chore. “I just discovered so many amazing things here, like my first experience with truffles, all these things that really got me into cooking.” At first, she was content to shop at her local markets, and cook elaborate meals at home. But the longer she was in New York, the more she wanted to cook professionally. So Grubb, who was 26 at the time, put her plans for law school aside, and enrolled at the International Culinary Center. She had a newborn son, and juggled culinary school and a job cooking at the currently closed French restaurant Pastis. After Grubb graduated with honors, she spent ten years working the line at New York’s fine-dining restaurants. She learned the names of every spice and vegetable at the Modern when she cooked there with Gabriel Kreuther, and was part of Danny Meyer’s opening team at Maialino.

She loved the 14-hour shifts, and learning about Korean, Vietnamese, and Mexican food from the other cooks at family meal, and never tired of mastering new techniques. But she had a 12-year-old son with nonverbal autism at home, and the crazy shifts and sleepless nights were becoming too much. “My husband is very supportive, but we had no other family to help us, and my son requires a lot of attention,” Grubb says. Her parents still lived on the island, and her brother was talking about transforming the cafeteria he ran into a fancy restaurant. Only, he couldn’t cook.

So Grubb moved her family back to Puerto Rico, and took up the position of head chef at her brother’s restaurant. From the beginning, Gallo Negro was a huge hit. It also filled what Grubb says was a gap in diversity when it came to dining on the island. “There’s no Vietnamese, there’s no Korean, there’s no Moroccan, there’s no Ethiopian,” Grubb noticed. There was little she didn’t already know how to cook, and her menus were full of inspiration and technique she’d learned in New York, both on the line and from fellow cooks during family meals. Young Puerto Ricans and tourists filled her dining room, and she was able to hire more cooks and waitstaff.

Before the hurricane hit, Grubb was known for her goat, rabbit, and fish dishes. After, however, all the local farms were destroyed, and their stands were shuttered. “The only thing that we had was Costco. It became a 100 percent Costco menu.”

She found ground beef, tomatoes, spaghetti, pita, olives, and chicken. Her new menu consisted of Bolognese, “Greek nachos” (made with pita instead of corn chips, topped with Feta, olives, and red onions), chicken Parmesan, and a Brussels-sprouts Caesar salad. “I immediately just went to comfort food. That was the menu I could put forward with no staff.” It was how her parents cooked when Grubb was growing up, and she no longer had the capacity to produce her technical, modern French and Italian dishes. She’d haul her day’s groceries back from Costco, and prepare them alone in the swelteringly hot kitchen. “You can’t turn on your hood, or your AC or anything. I didn’t expect to be cooking with just a few light bulbs and a fan blowing into my face.

Hunting for Perfection, in 12 Ducks a Night
Meet the Southern Chef Spreading the Word of Gullah Geechee Cuisine

Right now, the restaurant is closed for two weeks, as the final repairs are made , and Grubb says that even though Puerto Rico is rebuilding, tourism has not returned. So she took the opportunity to fly to New York and promote Gallo Negro here.  “I still have hope,” she explains. “Hotels are open and restaurants are open. We’re doing our best to give you the service and the food that you want and deserve. ‘We’re back, we’re open. Come.”

This weekend, Grubb will teach a series of classes on sofrito and empanadas, as well as host two Puerto Rico–inspired dinners at the Brooklyn Kitchen (you can get tickets here), and earlier this week, Grubb packed a back seat with produce from Union Square Greenmarket before driving to Long Island, where she hosted a pop-up dinner. Grubb cooked the menu she planned to serve at Gallo Negro before Maria hit the island. As one guest sipped Grubb’s chilled cantaloupe and salmon-roe soup, his eyes lit up. He had to know where he could have this cooking again. “You’ll have to come to Puerto Rico,” she told him, with a smile.