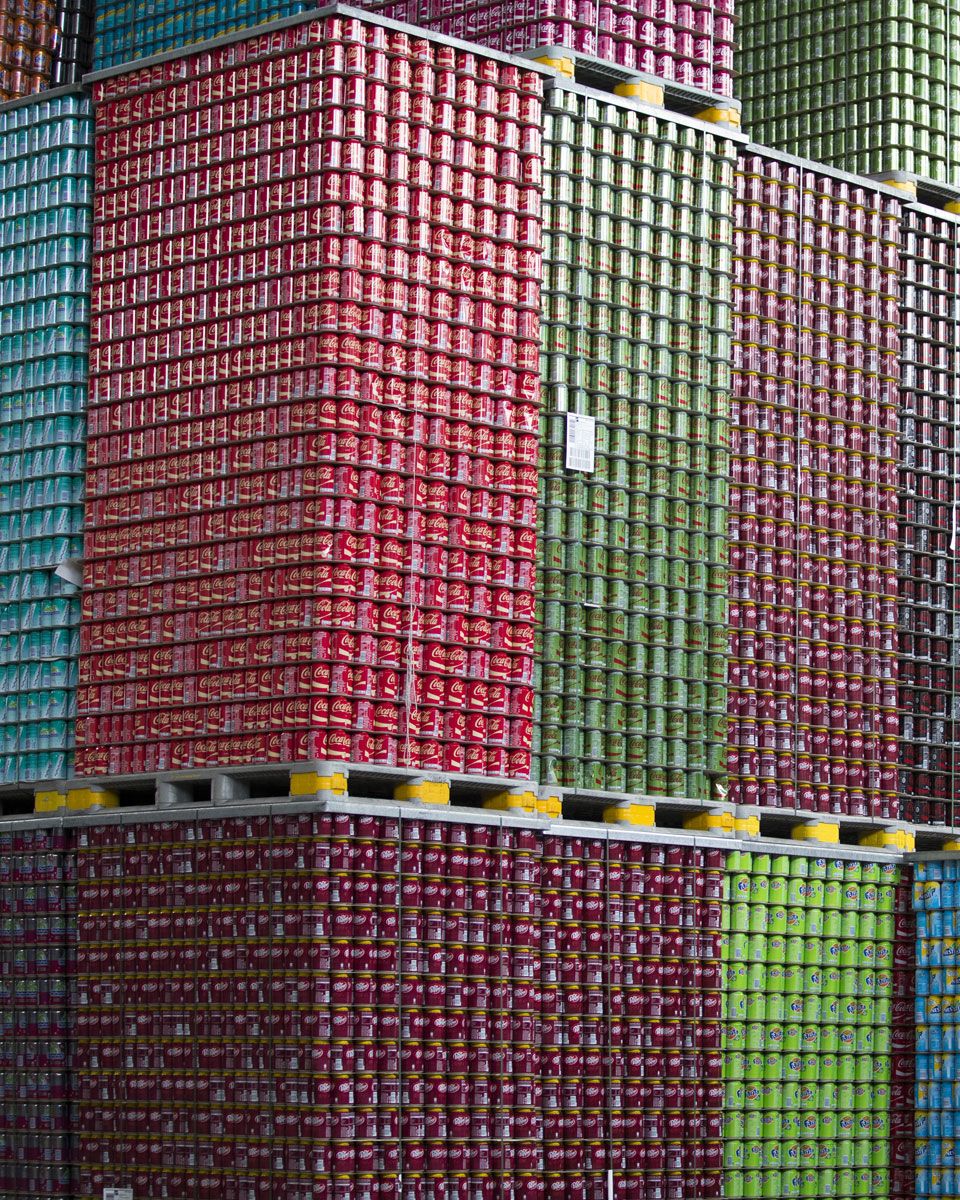 Enough cans to fund a school district for a year. Bloomberg/Contributor/Getty Images

On Sunday, lawmakers in California voted on Senate Bill 872, a piece of legislature that included, among other things, a move to bar any new local soda taxes until the year 2031. If the move seems strikingly counterintuitive and goes against everything we thought we knew about California, don’t worry, it’s not just you. Thanks to an unusual strategy, the bill became bona fide law four days later. So, what happened?

Officials who support sugary-drink levies admitted that they had little choice but to pass the bill, which effectively puts a 12-year moratorium on perhaps the biggest threat to Big Soda’s profits, in the state that developed the most robust anti-soda policies in the country. All Coca-Cola and Pepsi needed to win the most decisive victory yet in the soda tax wars was a hundred days and a few million dollars. Considering the outcome and billion-dollar profits, the maneuver cost the beverage industry basically nothing.

California was the first state to ban soft drinks in schools, and officials decisively pushed through surcharges on soda when almost nobody else could, starting in Berkeley in 2014. Last week’s bill represented a radical shift in strategy for soda-makers, who until now had resigned themselves to spending megamillions to fight local taxes, one at a time, as if they were invasive species. Their new strategy represents a shift to preemption law, which is a lot like it sounds. In terms of soda, it means the statewide ban halts cities and municipalities that are inclined to enact so-called “sin taxes” on sugary drinks.

.@JerryBrownGov officially signs the soda tax ban, calling the beverage industry’s proposed initiative to be withdrawn under this deal an “abomination” pic.twitter.com/SR2856tRN3

In theory, the tactic could conceivably extend to every other state, says Mark Pertschuk, director of Grassroots Change. Pertschuk fought Big Tobacco in the ’80s, when the combined forces of corporate nicotine titans tried preemption as a means to defeat smoke-free policies in cities. This is “a page right out of their playbook,” he says.

Groups like Pertschuk’s have historically found themselves defending progressives who use local ordinances to shape issues like gun control and minimum wage, especially when policies were at odds with the agendas of state houses. “If California, a progressive state and the biggest in the Union, can’t resist the soda industry’s millions, why would one in the middle of the country say no?” says Pertschuk. “It just shows complete weakness by elected officials regardless of party.”

As a lobbying entity, Big Soda started with what one state senator blasted as a “ransom note.” Over the last several months, the combined forces of Coke, Pepsi, and Dr. Pepper spent more than $7 million to build support for a 2018 ballot measure that would’ve required any new local tax increases to pass with a two-thirds supermajority. Elected officials knew that few taxes would ever pass under such a system, leaving police, firefighters, and other local tax-funded services out to dry.

Big Soda used that leverage shrewdly: In a letter to lawmakers, Governor Jerry Brown made no effort to sugarcoat what occurred. “The initiative also contains language that would restrict the normal regulatory capacity of the state by imposing a two-thirds legislative vote on what is now solely within the competency of state agencies,” he wrote. “This would be an abomination.”

Lawmakers called the bill “unprecedented” and “a sad day for democracy in California.” Over 20 health groups, including the American Cancer Society, American Heart Association, and American Diabetes Association, signed on to a statement calling out the beverage manufacturers’ “underhanded efforts to preserve profits.”

“They’re going right where activists have put laws on the books,” says Kim Haddow, director of the Local Solutions Support Center, noting that Big Soda is already busy trying to replicate its success elsewhere. Philadelphia’s soda tax is now threatened by a state preemption law, and voters in Washington, where Seattle has a tax, could see a ballot measure in November. (Despite an absence of soda taxes, Arizona passed its own preemption law with little fanfare in March.)

In Washington and Oregon, lobbyists are packaging preemption in the language of protecting consumers at the supermarket in times of rising food costs. In Washington, the campaign is even called “Yes! To Affordable Groceries.” Its top four donors are Coke ($1.4 million), Pepsi ($1.1 million), Dr. Pepper ($440,000), and Red Bull ($35,000).

Pertschuk says the West Coast focus is intentional. “California did it, they’ll argue,” he says. “Why shouldn’t a more reasonable state pass this, too?” He posits that the American Beverage Association, the organization that lists the biggest soda-makers as members, has been fine-tuning its plan for years. In June of 2017, in fact, Pertschuk published a prescient journal article with Jennifer Pomeranz, a public-health professor at NYU. “State Preemption: A Significant and Quiet Threat to Public Health in the United States” argues that local governments “historically protected the health and safety of their populations more vigorously” than state, or higher-level governments, while sounding the alarm that “multiple industries are working on a 50-state strategy to enact state laws preempting local regulation.”

The extreme tactics deployed by soda companies shouldn’t come as much of a surprise. Consumption was down for the 12th straight year in 2016. Soft drinks still comprise well over half of Coke’s products, roughly $10 billion worth in recent years. PepsiCo made a stab at seeming healthier, acquiring Naked juices and KeVita kombucha, and rolling out organic Gatorade. But sugar is sugar, and high-fructose-corn-syrup classics like Pepsi and Mountain Dew still account for a quarter of North America’s $38 billion in annual sales. At the same time, studies have indicated that soda consumption drops at a rate of up to 40 percent when taxed, and even Coke execs have admitted that soda taxes “are hurting” their business.

Whatever happens next, veterans of the Big Tobacco era argue that grassroots organizing may be the best antidote. Last week, California’s senate majority leader Bill Monning said he personally believed that the soda companies’ tactics were “going to boomerang.” Earlier this week, a collection of groups announced plans for their own ballot measure in 2020, which would put a two-cent-per-ounce tax, statewide, on sugary drinks. “We will be relentless in our work with communities across the state to improve public health through a statewide tax,” the American Heart Association’s CEO Nancy Brown told the Los Angeles Times. In a separate statement, Brown was even more forward. “This is one of the worst pieces of legislation I have seen in more than 30 years spent fighting for better health for kids and families,” she said.