It’s only a matter of time before plastic straws are gone forever. 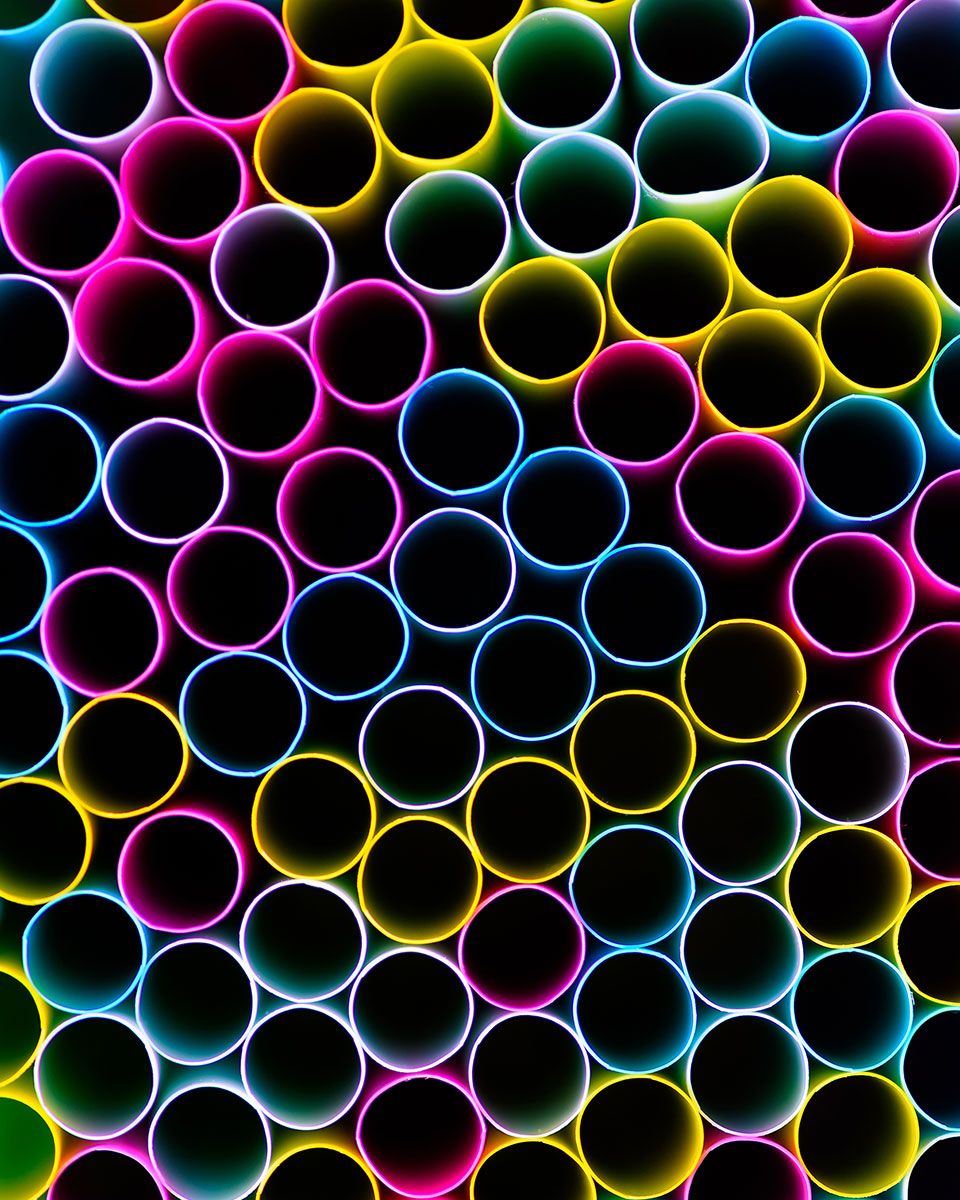 The drinking straw as you know it is on its last breath. The polymer tube — whether protruding from a Frappuccino, doled out by your bodega, or garnishing a stiff Zombie — is incredibly bad for the environment. It’s estimated that Americans throw away over a hundred billion per year, enough to circle Earth a few times. Most aren’t recycled, degrading instead into microplastics, at which point they can be ingested by sea life and end up back in our food supply (or in a sea turtle’s nose, whole, as a four-inch piece). One way or another, companies need to rethink the practical implications of plastic, and what it means for their environmental footprint.

That sense of inevitability has informed a movement to abolish plastic straws that’s rapidly gathered steam. Last week alone, six major corporations announced bans: SeaWorld, Burger King U.K., Ikea, Royal Caribbean, Dell Computers, and the A&W burger chain. They join others like Sixty Hotels, Alaska Airlines, Live Nation, and Bon Appétit, a billion-dollar food-service company with a thousand vendors scattered across Silicon Valley, university dining halls, and pro sports arenas. Governments are catching on, too: Fines exist in Malibu and on the Jersey Shore. Seattle gets one next month. New York City, Hawaii, and the entire European Union could be next.

The future looks bleak for plastic straws, but how do America’s casual restaurants, drive-through operators, coffeehouses, and milkshake purveyors adapt to one without that ubiquitous plastic utensil? Cynics might even argue that companies are eager to reject plastic straws because it’s a comparatively easy, cost-efficient way to look green. However, the reality is that these transitions are typically quite complex and rarely economical, as Dune Ives, executive director of Lonely Whale, the group behind the #StopSucking online campaign, is the first to admit.

“People from, let’s say, a part of the U.S. or world that still has plastic straws — are they going to be expecting a ban at that restaurant? And if they’re not, are they going to get upset and leave?” Ives says. As somebody who communicates with skeptical companies, Ives concedes that identifying alternatives that “meet both a business’s price point and customers’ expectations” is “challenging,” though less challenging, she adds, than “trying to clean the ocean with a sieve.”

Until 1888, the year serial inventor Marvin Stone patented his paper straw, if you sipped a drink at a bar, the device plunged into your cocktail was made of actual straw, as in a hollow stalk of ryegrass. But time-until-soggy was mere minutes, and straws leached a funny grass taste. Manufacturers made serious improvements to Stone’s paper utensil along the way, and the medium became the beverage world’s biodegradable gold standard. Regular plastic straws, though, are long-preferred and remain dirt cheap — a massive case of 12,000 can be yours for around $30. Upgrades, however, will cost you: Want the iconic red-stripe design? A case nearly half as large is slightly more expensive. When it comes to compostable straws, expect to pay around $150 for 9,600. (The Über-deep-pocketed have even more options: Lolistraws, which are seaweed-based, flavored to give customers “a fun experience,” run 20 for $25.)

The movement has yielded left-field solutions: When Malibu enacted its ban, Paradise Cove Beach Café, one of the city’s most famed establishments, transitioned immediately to dried pasta. Bucatini, specifically, and enterprising owner Bob Morris is certain that he’s found a gold mine. Morris says he used 500,000 plastic straws in 2017; they’ve now handed out 100,000 pasta straws. Morris claims only two people have complained so far, “and that had to do with gluten.” His bucatini lasts a reported four hours in a cold drink, with a cost about the same as paper straws, and as a bonus, a marketable quality. To that end, Morris has started a business venture called the Amazing Pasta Straw Company, with an initial million-piece run.

Jack McGarry, co-owner of the Dead Rabbit and BlackTail, high-end cocktail bars that signed onto New York’s Give a Sip campaign, uses Aardvark brand, a high-quality paper option that happens to be cheaper than other nonplastic alternatives. It stands up to moisture, and “looks elegant.” (It’s bartenders use reusable metal straws for the staff’s nightly cocktail tastings, according to Melissa Markert, who oversees their sustainability program.)

Danny Meyer’s restaurant group, for the most part, has gone straw-by-request-only. Porchlight has been putting fancy paper straws in juleps and Collinses since December, but in recent days, director of operations Mark Maynard-Parisi says Gramercy Tavern has started dipping metal straws into pebble-ice cocktails (and will do so with other drinks, too, should a diner absolutely require one). The three newest Union Square Hospitality Group restaurants — Martina, Manhatta, and Tacocina — are able to offer plant-based straws from day one; for older spots, Maynard-Parisi says any type of nonplastic is basically fine: “There’s no mandate per se, as long as it’s paper or plant-based.” He says that the group isn’t “super-stressed about the financial implications” because it’s only a concern at the high-volume spots, like MoMA’s cafés, or Daily Provisions in Gramercy.

Monetizing the phaseout isn’t an option if you’re a giant company like Bon Appétit, the management company. Chief strategy and brand officer Maisie Ganzler says so far the cost implications of abolishing plastic straws everyplace it serves food range “from reasonable to a 280 percent increase.” Paper, hay, pasta, the biodegradable plant-based material PLA, and everything in between are being researched. By their September 2019 deadline, she expects they’ll have winnowed it to “a portfolio of options, depending on the account and the municipality’s ability to compost.” Although, as it turns out, some Bon Appétit venues have actually already gone plastic-free. The University of Portland was America’s first school, and Twitter has offered compostable straws at its headquarters, which has access to San Francisco’s excellent municipal composting, for a while.

The Plastic Straw–pocalypse Is Coming. What Will it Mean for Boba?

Those switches, understandably, were pretty simple; Ganzler says a “tougher ask” is in a lower-volume area like Tennessee, where Bon Appétit operates a single café. Additionally, there can be changes that apply only to certain locations (something as mundane as finding new straw dispensers). “It’s not as easy for us to make sweeping changes,” she explains, “as it would be for a quick-service restaurant with similar setups, menus, and design around the country.”

None of the big chains like Starbucks or McDonald’s have made commitments in the U.S. yet, either. McDonald’s CEO Steve Easterbrook defended the company last week by telling CNBC that there isn’t “currently a viable alternative that’s nonplastic at the moment, at the scale we need.” That said, its 1,300 stores in England — where the anti-straw drum beat is more deafening — switched to paper straws back in May. (The company also announced this week that it will at least test eco-friendly alternatives in the U.S.)* On its end, Starbucks has been in months-long discussions with Lonely Whale, but has reportedly yet to determine how it even plans to comply with Seattle’s single-use-plastics ban, which starts July 1. At Starbucks’s annual meeting in March, a resolution was presented that asked the chain to eliminate plastic straws in cafés. About 30 percent of shareholders voted in favor of it, a surprisingly high percentage that Ives says sends “a very clear message” that “plastic waste is increasingly a bad look for brands,” and its cost may be running cautious consumers away.

* This post has been updated to include the news of McDonald’s U.S. straw tests.

+Comments Leave a Comment
This Is How Plastic Straws End