Anthony Bourdain and the ‘Silent Epidemic of Male Suicide’

Why the TV host and author’s untimely death was uniquely gut-wrenching for men his age. 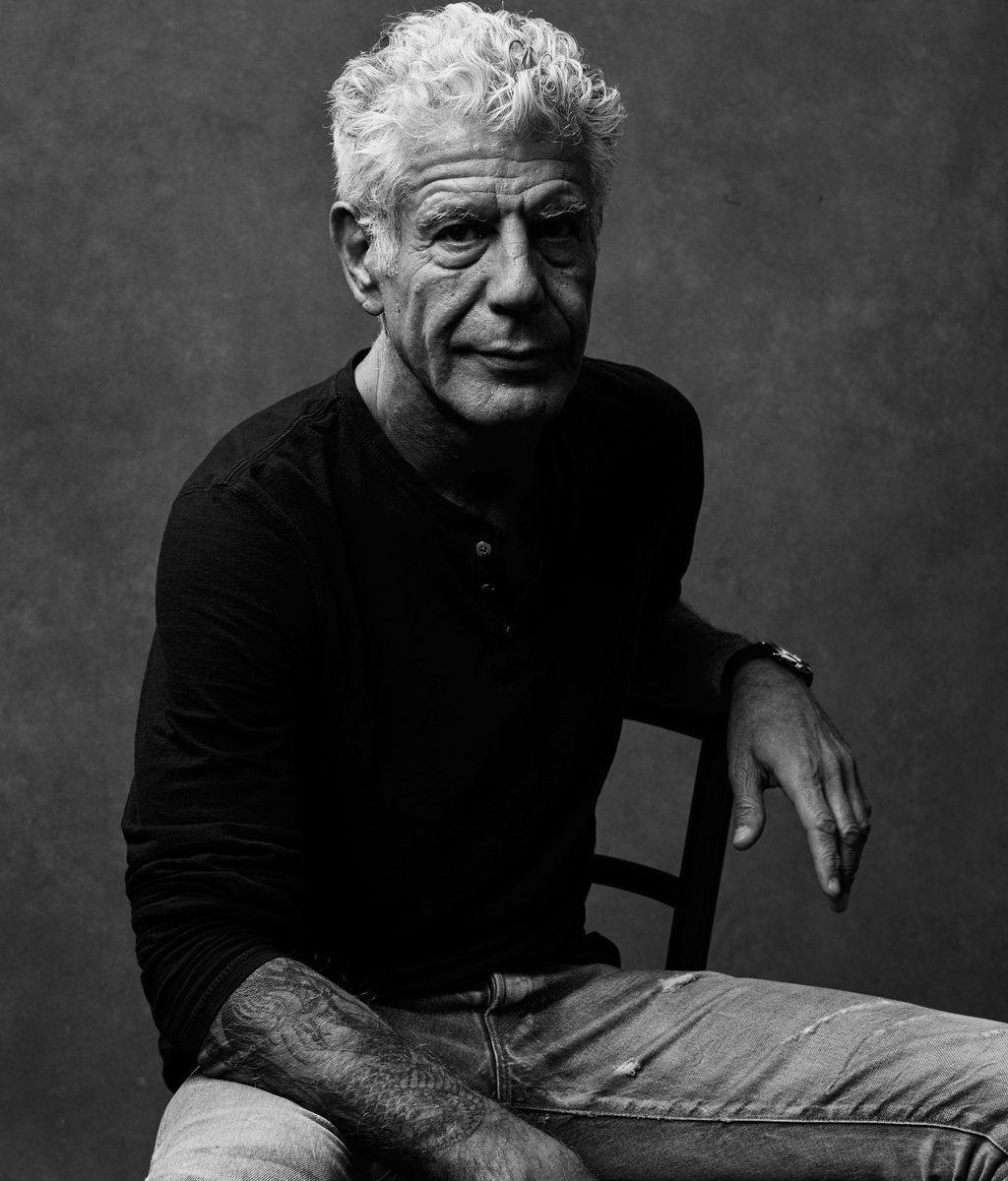 When J. Dharma Windham was a teenager, he was diagnosed with bipolar 1 disorder and labeled, at the time, a manic depressive. Windham is now 60, and through the years he’s tried different treatment for his mental disorder while avoiding triggers like stress and anxiety. Recently, he turned to neurofeedback therapy, which involves monitoring brain waves in real time to see which parts of the brain are malfunctioning. “During the neurofeedback, they would put a program on to watch — it was tied to the treatment itself,” Windham says. “The shows I enjoyed the most were the Anthony Bourdain ones.” He adds: “I loved how he portrayed the cultures in the countries that he visited. He was very respectful and very sympathetic to them.”

As the outpouring of grief in recent weeks has proven, Bourdain, who would have turned 62 later this month, managed to touch fans of every age, race, and gender, but he struck a particular chord with men who were close in age to himself. Nearly 600,000 Americans over the age of 54 watched Bourdain’s show each week — including my 63-year-old father. “I watched his show every Sunday,” he told me, recently. “The guy ate everything! I’ve seen him in the Bronx eating Jamaican food. I’ve seen him in Costa Rica. I’ve seen him in Africa. I’ve been living my life vicariously through him and I looked up to him. And I’m not somebody who worships anybody.”

To his fans, Bourdain was a truth-telling globe-trotter who reveled in other cultures and experienced the world with a profound joie de vivre. Now, the disparity between the Bourdain of Parts Unknown and the man who committed suicide in a hotel room in France has stunned the world, including the men who most closely identified with him. When Windham, a novelist who lives in Laguna Beach, heard about Bourdain’s suicide, he says he was in “shock and grief.” “He helped me get through a crisis,” Windham says, and he saw many parallels between himself and the TV star: a penchant for travel and food, a long-kicked drug habit (Bourdain, heroin; Windham, cocaine), relationship issues, and bouts of suicidal thinking. (In his memoir, Medium Raw, Bourdain writes that he was “regularly suicidal” after the end of his first marriage.)

“When I looked at him, I thought to myself, This is a guy who’s completely comfortable in his skin,” says Jack Harrison, a 57-year-old Department of Defense employee and Air Force veteran. “He’s unafraid to put his point of view into the mix, and at the same time he did that, I thought, in a very gentle and respectful way.” But as someone who’s had members of his family nearly lose their lives to suicide, Harrison says, “Bourdain’s death is a reminder that we just don’t know what people are going through unless we ask them.”

“Older men tend to be more pushed to the margins and seem to be viewed as less relevant,” says Dan Bilsker, a clinical psychologist and University of British Columbia clinical assistant professor. “For instance, if a man in that group loses a job, there’s a high probability he won’t find another one because he’s seen as irrelevant and not getting it.”

At present, men account for 80 percent of all suicides. According to the American Foundation for Suicide Prevention, while suicide rates have gone down overall, middle-aged white men are still at the greatest risk of taking their own lives. In 2000, men and women between the age of 55 and 64 accounted for more than 12 percent of all suicides. By 2016, that number had risen to 18.7 percent, an increase of nearly 55 percent, and a rate of suicide just behind those 45-54 and those 85 and older. Bilsker has dubbed this woefully under-researched and under-reported trend “the silent epidemic of male suicide.”

“There’s more funding on research into women’s mental health and the suicidality of women and in young people,” Bilsker continues. “Those are the focus of funding and policymaking, and men are still more or less left out of the picture or given a very small priority.”

Everyone has a different reason for enjoying Bourdain’s shows, and it’s impossible to say for certain that Parts Unknown definitively provided some kind of outlet for people struggling with mental illness, but Windham says Bourdain’s openness about his past struggles and the fact that he rallied against “meathead culture” nevertheless helped him feel more connected to the food-world figure: “We’re conditioned from the time we’re little boys to hold it all in, to not show anything that can be perceived as weakness,” he says. “You know, this goes back to the whole mythology of the Old West, of the silent, strong type, the rugged individual. And, of course, that was all complete bullshit.”

Bilsker explains that these feelings of attachment are very real, and can have a very strong pull on people. “We all have our gods in the world, people we see as embodying something super and extraordinary,” he says. “They have so much power in helping people create identities for themselves that the story really needs to be told in a powerful and healing way.”

Short of providing societal and institutional changes that address the reasons older men can feel so isolated, Bilsker suggests reframing the circumstances of Bourdain’s life and death in a way that focuses on the positive virtues that he embodied. “Reflect on what you learned from him and don’t make the mistake of thinking that the fact that he came to a tragic end undermines the rest of his life or the values he represented,” he says. “The life he lived was powerful and meaningful.”