For the first 30 years of its existence, Carnegie Deli was one of many purveyors of pastrami and corned beef on that stretch of Broadway, imitating the much more famous Stage Delicatessen. Then in 1976, Milton Parker bought the place with Leo Steiner, and launched what for many years was called the Pastrami Wars of Seventh Avenue. Both delicatessens flourished, and as their stature grew, so too did the height of their sandwiches — until they were towering Mordors of meat. But, everything eventually topples. The Stage closed its doors in 2012, and last Friday, so did Carnegie Deli.

On the eve of its closing, the lines stretched as they often did: down the block. Waits exceeded two hours for a table, but for the faithful, neither the freezing cold nor the wait could deter them from the sandwich. Inside, with the framed photographs of hundreds of celebrities — many dead, all much-aged — keeping watch, the atmosphere was somewhere between wake, lunch, and circus. Pastrami sandwiches arrived, ferried from the kitchen by the longtime waitstaff, and strangers settled next to each other to dig in for one last time. 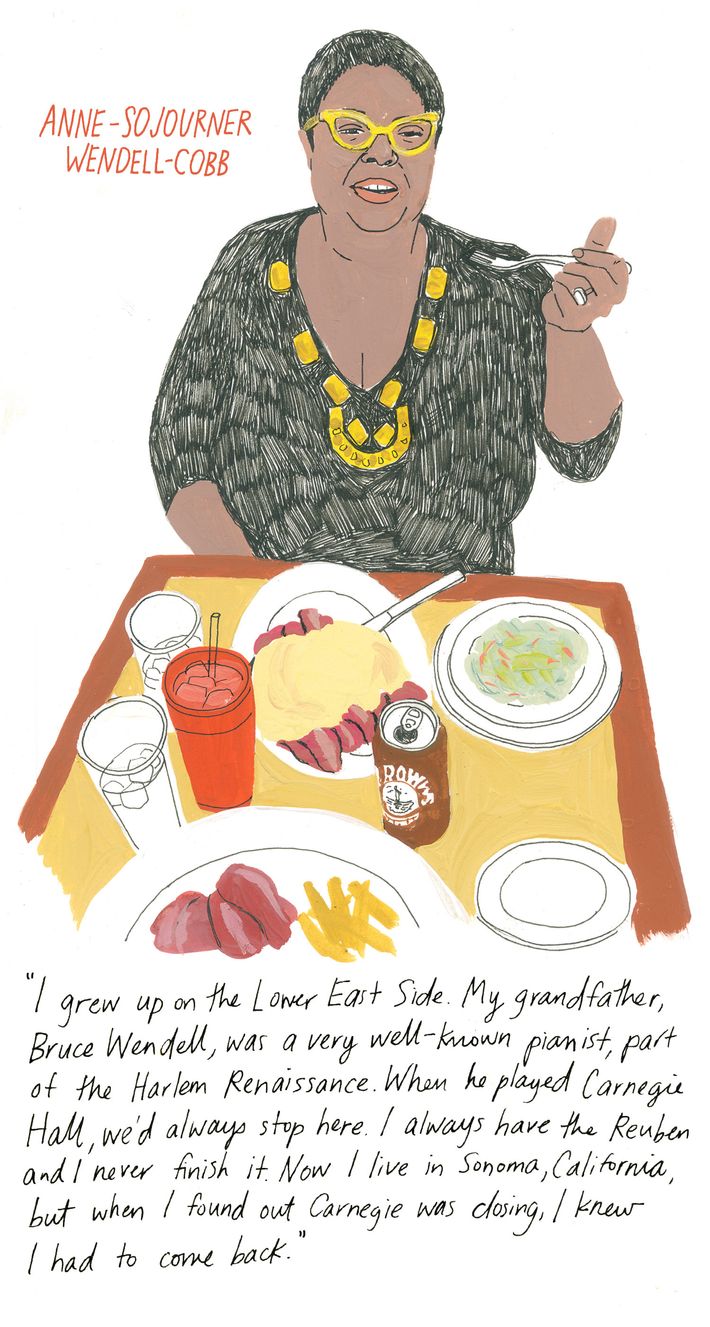 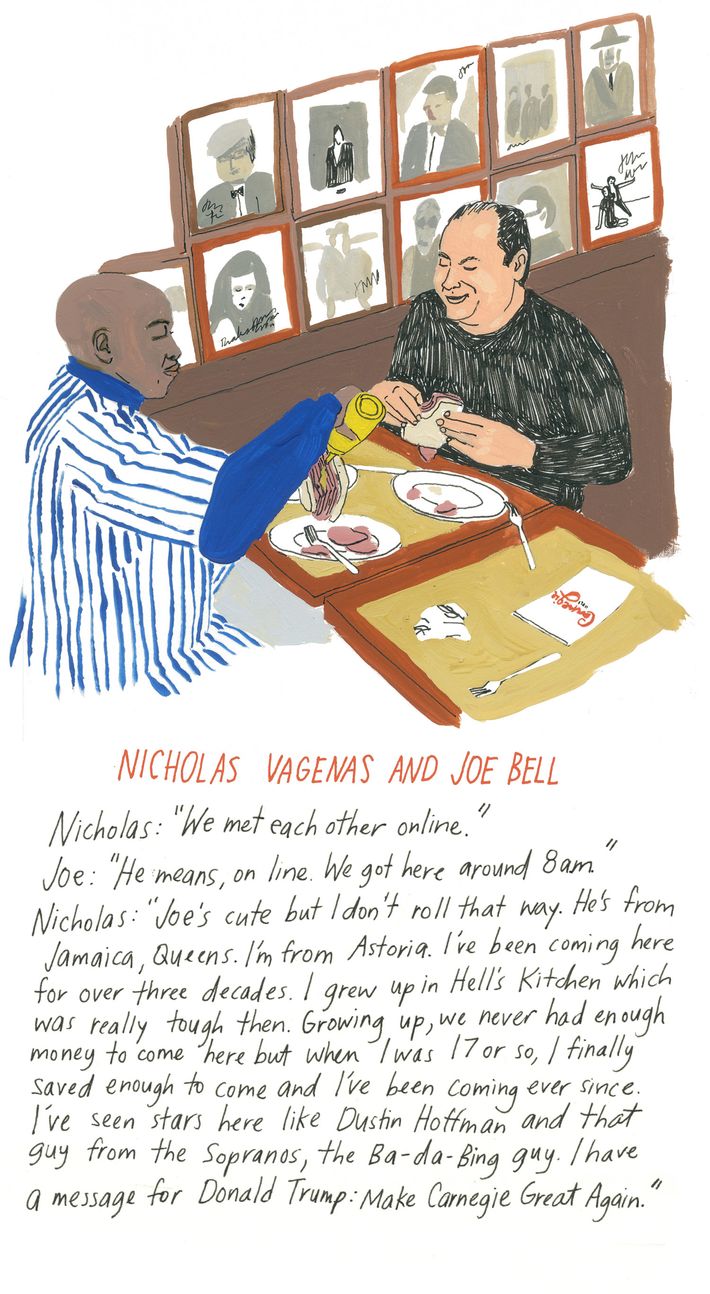 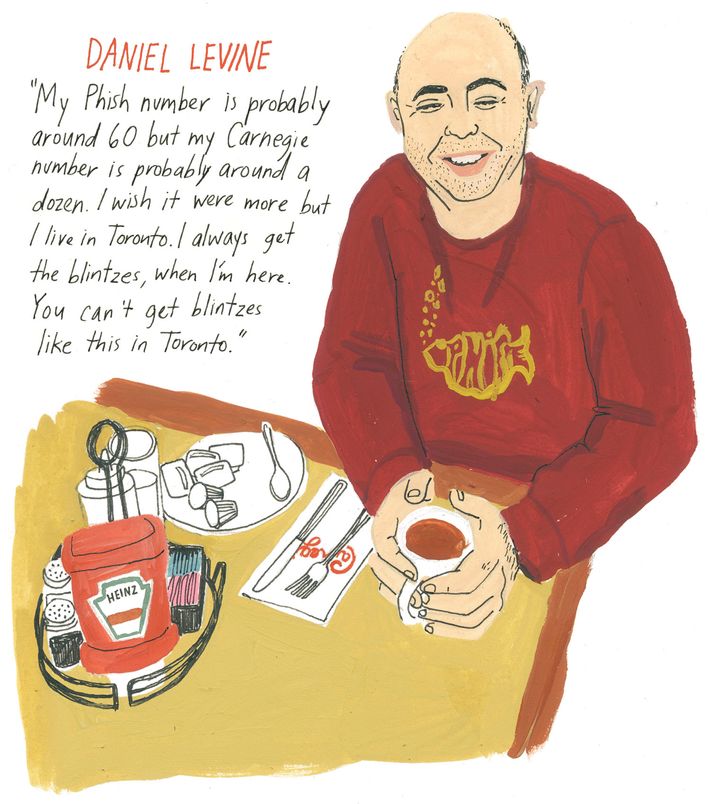 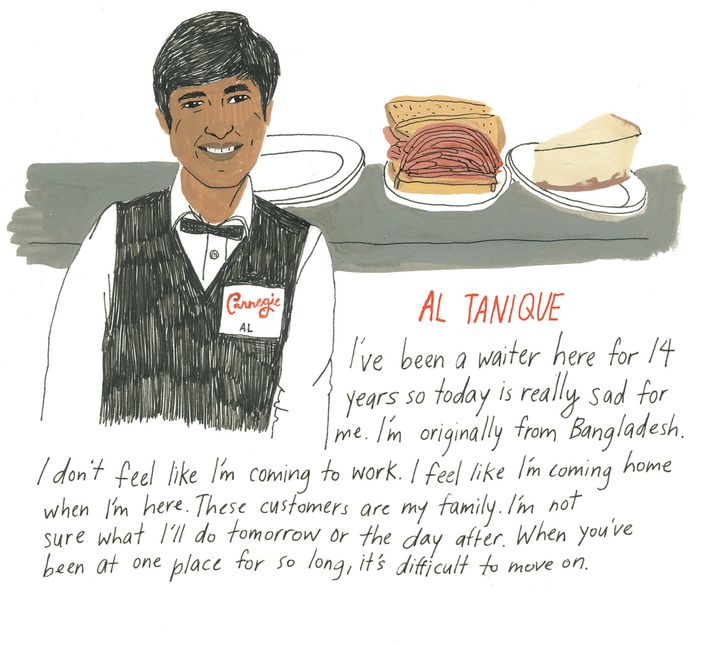 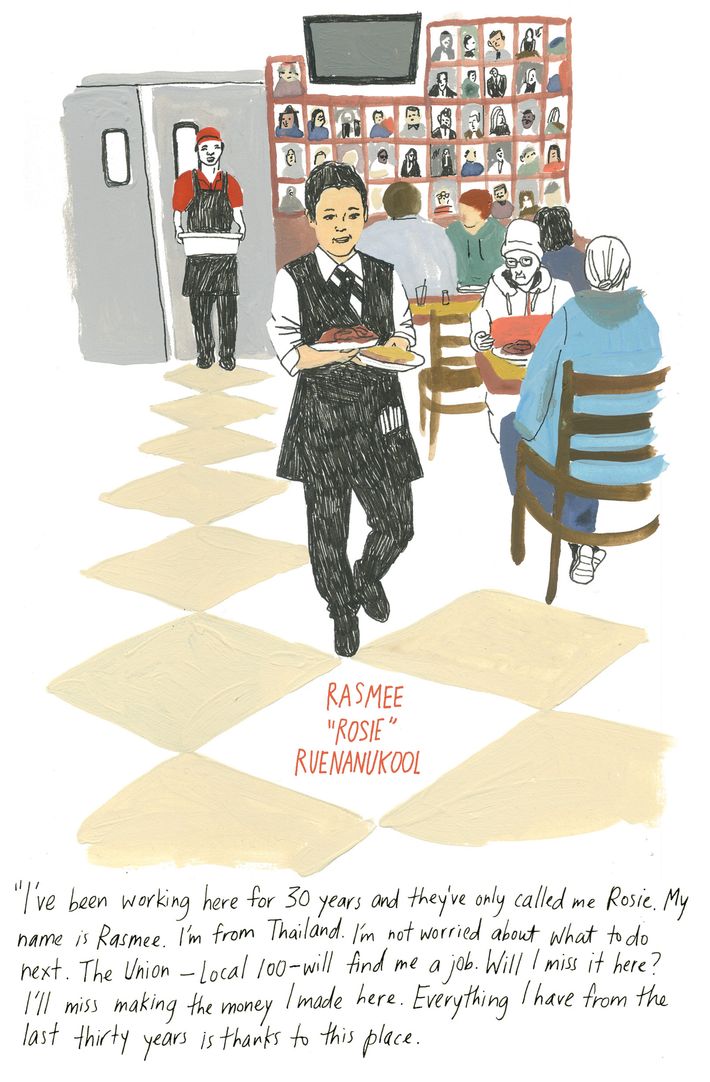 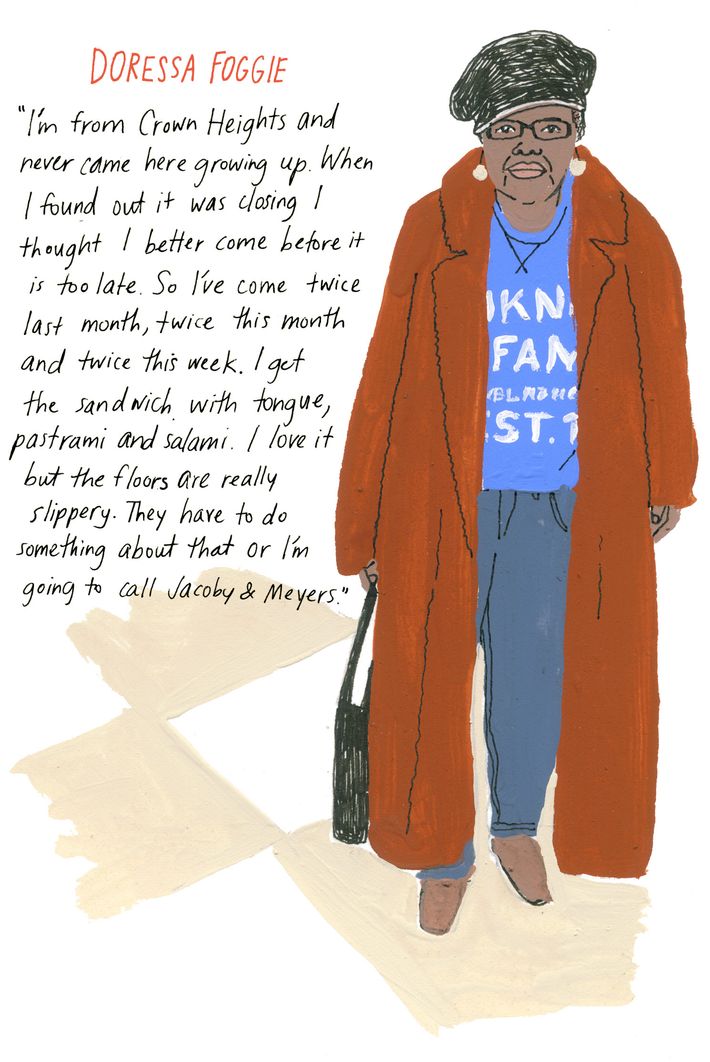 openings 11:32 a.m.
Hakata TonTon Is Back Hot pot, cold ramen, and plenty of pig.
By Chris Crowley
pop-ups Aug. 12, 2022
A Queer Food Festival Is Happening in Queens Tomorrow Queer Cafeteria is popping up at Socrates Sculpture Park.
the grub street diet Aug. 12, 2022
L Morgan Lee Searches for the Joy in Dinner “I had my first bite and felt my spirit start to stir.”
By Zach Schiffman
meow Aug. 11, 2022
We Ate at the Fancy Feast Restaurant for Humans Yes, the fancy cat was there.
By Choire Sicha
the year i ate new york Aug. 10, 2022
Can New York’s Hotels Make Breakfast Important Again? Our late-rising diner-at-large gets up for some new spreads.
By Tammie Teclemariam
closings Aug. 9, 2022
Arrivederci to Nunzio’s, an Unsung Staten Island Slice Mecca After 80 years in business, the pizzeria is set to become a cabinet showroom.
By Chris Crowley
what to eat Aug. 8, 2022
Meet Brooklyn’s Newest Vegan Meatball Hero Garden Carver specializes in meat-free versions of beloved comfort foods.
By Megan Paetzhold
the grub street diet Aug. 5, 2022
Filmmaker Rebeca Huntt Is Serious About Breakfast “I made my oatmeal pancakes and watched Before Sunrise.”
By Alan Sytsma
the year i ate new york Aug. 4, 2022
Not All Culinary Journeys Can End in Success Sometimes you travel for a dish with a perfect online rating — and then you have to take your L in stride.
By Tammie Teclemariam
what to eat Aug. 3, 2022
How to Engineer a Clam Slice In a stunning bit of pizza innovation, F&F offers the New Haven specialty one piece at a time.
By Chris Crowley
reopenings Aug. 2, 2022
Txikito Is Back — Finally The neighborhood favorite is set to reopen after two-plus years of darkness.
By Charlotte Druckman
food tv Aug. 1, 2022
Everyone’s Thirsty for The Bear. Here’s What It’s Really Like to Date a Chef. “We all get into this line of work because we have personality disorders and massive daddy issues.”
By Nastassia Lopez
the grub street diet July 29, 2022
Sarah Thankam Mathews Eats Lychees on the Beach “I feel a happiness so intense and sudden it leaves me gelatinous.”
By Rima Parikh
openings July 28, 2022
He Has 11 Million TikTok Followers. Now He’s Throwing Ice Cream in Noho. “If you walk in and there is ice cream flying around in the air? It automatically sends the energy level up.”
By Ella Quittner
the year i ate new york July 28, 2022
Swimming With the Regulars at Marea An extravagant weeknight meal where everyone seems to know each other.
By Tammie Teclemariam
are u coming? July 27, 2022
A Tea-Spilling Lawsuit Upends a Hell’s Kitchen Gay Club Just how woke can a megaclub hosting underwear parties really ever be?
By Brock Colyar
field notes July 27, 2022
A Final Trip to Papaya King on the Eve of Its Likely Destruction The iconic hot-dog counter’s days appear numbered.
By Adam Platt
openings July 26, 2022
Cocktail Royalty Rolls Into New York A version of the fabled Dukes martini is now being poured at the Hotel Chelsea’s Lobby Bar.
By Robert Simonson
talking to July 25, 2022
Separating Fact From Fiction in Despot’s New York A trip to Spaghetti Park with the city’s premier underground rapper turned empire-building restaurateur.
By Chris Crowley
saw something said something July 25, 2022
We Admired, Then Tracked Down the Jars in HAGS’s Bathroom The new East Village restaurant put an unusual level of detail into its restroom.
More Stories