Here, some exciting new spots that go far beyond bread, cheese, and oaky Chardonnay, broken down by wine personality type.

You could spend the evening debating whether this is a French restaurant or a French wine bar, as originally advertised. But then you’d be too busy talking to fully appreciate the artfully crafted plates of Michelin-starred chef Frédéric Duca (his signature veal tartare and seasonal burrata prep, in particular) and the largely natural, mostly French, small-production wine list. It’s the collaboration of a like-minded trio of owners: sommelier Arnaud Tronche; David Lanher, who also runs a Racines in Paris; and David Lillie, a partner at the nearby Chambers Street Wines. 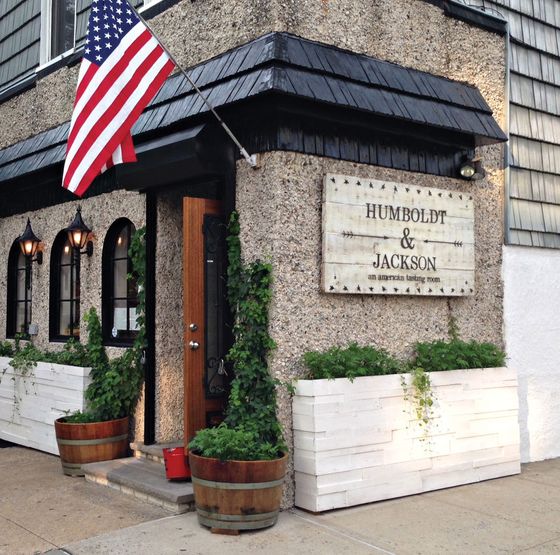 This remodeled banquet hall calls itself an American tasting room, which is apt: The wines are entirely domestic, even obscure. Have you ever had a Seyval Blanc-Cayuga blend from Maine? Have you ever had any wine from Maine? More familiar options include Channing Daughters’ Tocai Friulano on tap, plus Gruet’s esteemed ­Albuquerque bubbly. Snacks are locally sourced and meticulously prepared, from the housemade beer cheese to the Meat Hook’s spicy Louisiana jerky. And if you’re not quite sure what to pair with your chilled Michigan Gamay, the informed and ­opinionated bartenders couldn’t be happier to help. 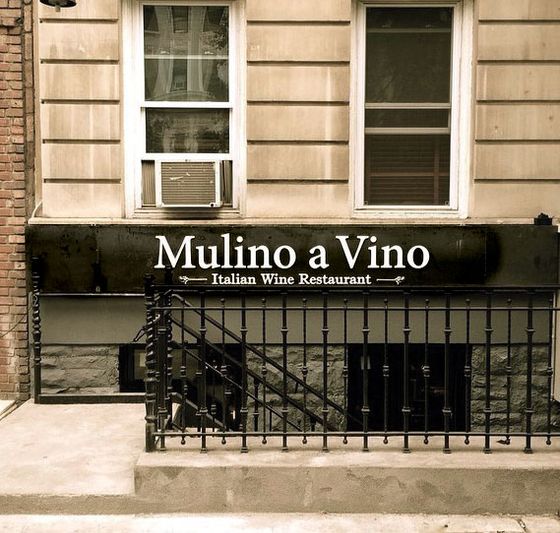 You don’t expect to encounter the food of a Michelin-two-starred chef in a 14th Street basement, but here it is: a toasty prosciutto sandwich with burrata; a crisp chickpea-flour pancake topped with tomato carpaccio; the “bombolone cacio & pepe,” a.k.a. pasta doughnut. Davide Scabin is known for his modernist exploits at Combal.Zero in Rivoli, but here, he’s marrying cucina classica to tweezer food. The menu, though, is subservient to the wine, each bottle opened by cork-piercing Coravin and every wine-list sub­category paired with recommended dishes. Considering Scabin’s Piedmont connections, you’ll want to spring for a truffle supplement. 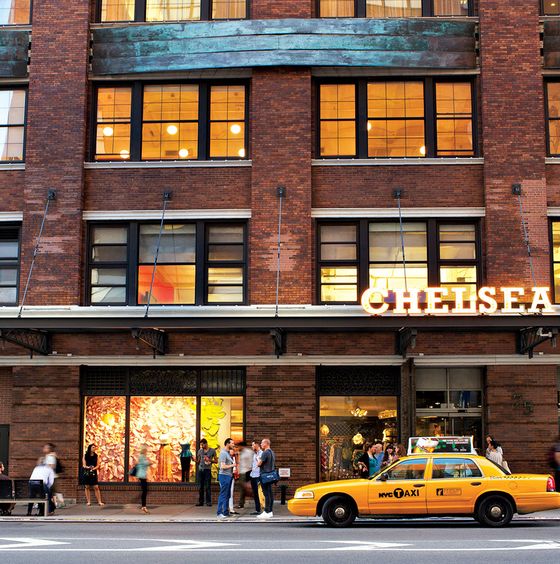 The main difference between this pocket-size Chelsea Market outpost of master sommelier Laura Maniec’s wine bar and the Union Square flagship? Missy Robbins, late of A Voce, designed the menu, which teems with Italian-accented small plates that make the spot as much a food destination as one for wine. There are plenty of Eurocentric varieties to pair with Brussels sprouts in a spicy yogurt dressing, soppressata with gnocco fritto, and egg toast with bottarga, but we suspect if left to her own devices, Maniec might opt for bubbly with all of them. She’s such a Champagne booster, she sells every bottle for half-price after 10 p.m.

Where’s Aldo? The Le Bernardin sommelier, ranked world’s best in 2008, can be found most nights on the high-ceilinged, art-filled premises of his eponymous wine bar. If the loungey sofas are meant to evoke Sohm’s living room, the kitchen is entirely partner Eric Ripert’s domain: His team assembles towers of Brooklyn-cured meats, a procession of skewers, and the odd novelty like Tibetan-yak cheese grated over truffle pasta. Sohm pours every single wine (including his own Sohm & Kracher Grüner Veltliner, $20 a glass) into the weightless but sturdy Zalto glasses that wine geeks swear emphasize terroir. Try a flight to test that theory.

*This article appears in the November 10, 2014 issue of New York Magazine.

q&a 11:11 a.m.
Why San Francisco’s Top Restaurant Critic Is Resigning After Just Four Years “I had one year of normal restaurant-critic stuff, then everything went to shit.”
the underground gourmet Feb. 6, 2023
A Tasting Menu That Ends With Plenty of Leftovers Bird Dog offers the most useful luxury of all.
By Tammie Teclemariam
best in class Feb. 3, 2023
16 of the Very Best Water Bottles Always be hydrating.
By Emma Wartzman
the grub street diet Feb. 3, 2023
Novelist Xochitl Gonzalez Always Has Capers on Hand “Capers are your bitchy friend who can’t keep their mouth shut.”
By Emma Alpern
problem solving Feb. 2, 2023
Everything You Need to Know About Tipping Right Now 15 to 20 percent isn’t going to cut it anymore.
look book Feb. 2, 2023
The Look Book Goes to Tatiana  A recent Wednesday night at chef Kwame Onwuachi’s consistently booked Lincoln Center restaurant.
drinks Feb. 1, 2023
Via Carota Is Launching Its Own Bottled Cocktails Negronis, Manhattans, and espresso martinis that are ready for your home bar and your TikTok feed.
By Chris Crowley
the underground gourmet Jan. 31, 2023
Italian Beef So Good You’ll Forget About The Bear The sandwiches at Bobbi’s stand out on their own terms.
By Tammie Teclemariam
gifts they might actually want Jan. 30, 2023
The Best Gifts for Beer Lovers, According to Brewers and Beer Lovers Because you can do better than a novelty beer helmet.
field notes Jan. 30, 2023
The Tin Building Has Everything (Except a Purpose) Jean-Georges Vongerichten’s lovely but lifeless $200 million food hall.
By Adam Platt
the grub street diet Jan. 27, 2023
Sylvan Esso’s Amelia Meath Wants the Weird Appetizers “If there’s a bad app, I’ve gotta try it.”
By Alan Sytsma
the year i ate new york Jan. 26, 2023
The Hotpot Haze of Haidilao A steamy, celebratory feast in Flushing.
By E. Alex Jung
news Jan. 25, 2023
Here Are the Semifinalists for the 2023 James Beard Foundation Awards New York is well represented by Department of Culture, Kru, and more.
groceries Jan. 25, 2023
Welcome to the Shoppy Shop Why does every store suddenly look the same?
By Emily Sundberg
the underground gourmet Jan. 23, 2023
Now Is the Time for Trini Roti The Caribbean staple is a perfect midwinter lunch.
By Tammie Teclemariam
the grub street diet Jan. 20, 2023
Kashana Cauley Will Drive an Hour for the Right Yogurt “I believe in good yogurt more than other people believe in God.”
By Zach Schiffman
conversations Jan. 18, 2023
The Rush to Call Fine Dining’s Death Does Noma’s closing announcement really mean other restaurants are doomed?
By Chris Crowley, Alan Sytsma, and Tammie Teclemariam
top story Jan. 17, 2023
Restaurant Workers Are Paying to Keep Their Own Wages Low The National Restaurant Association lobbies Congress to keep the minimum wage low. Revenues from food-safety courses help pay for that.
the underground gourmet Jan. 16, 2023
Where to Find the City’s Best New Soup Elaborate broth is back.
By Tammie Teclemariam
the grub street diet Jan. 13, 2023
Highsnobiety’s Willa Bennett Is Thinking About Her Overnight Oats “I’ve never tried to make the oats while I’m away. It wouldn’t be the same.”
By Zach Schiffman
More Stories