In April, Danny Meyer disciple Floyd Cardoz left North End Grill after working for Meyer’s Union Square Hospitality Group for 16 years. He expressed interest in opening an Indian restaurant, but White Street — a collaboration with Dave Zinczenko, Dan Abrams, and Christine Cole — seems to have a broader menu that’s not rooted in one specific cuisine. Dishes include hamachi tartare with hearts of palm, spiced braised short ribs with mustard purée and grits, and seared shiitake mushrooms with braised fennel, spiced squash purée, and sunflower sprouts. The West Broadway restaurant is located in a 19th-century building that was once an armory, and it seats well over 100 guests. Take a look at the food, straight ahead. 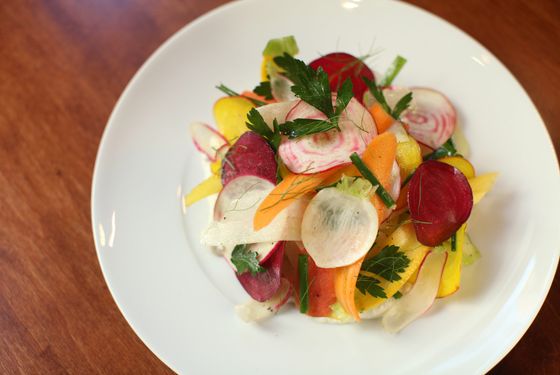 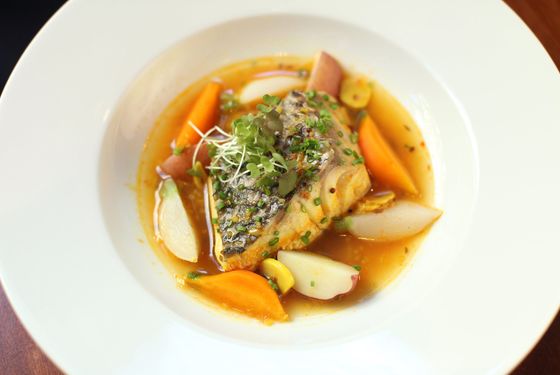 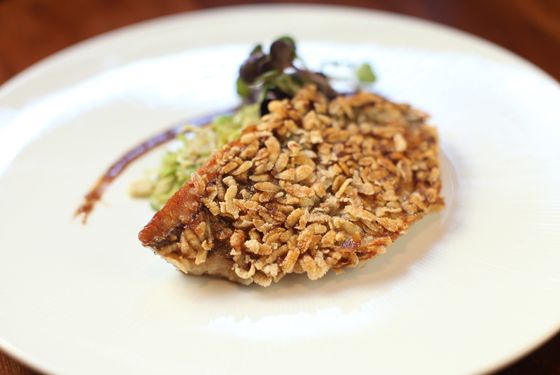