As you would expect, Friends fans flocked to this morning’s opening of the pop-up replica of Central Perk. In honor of the show’s 20th anniversary, Warner Bros. has partnered with Eight O’Clock Coffee to offer free snacks and coffee, as well as the opportunity to curl up on the famed orange sofa, gaze longingly at the costumes, or inhale the fumes of sacred props. The makeshift café is located at 199 Lafayette Street (at Broome Street), and will remain open through October 18. Grub stopped by first thing this morning to check out the space and the early-morning crowds. 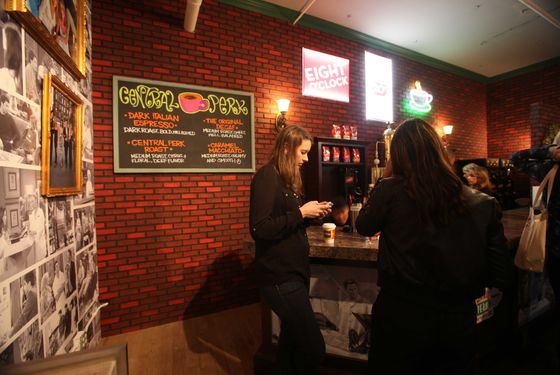 The coffee is free!Photo: Melissa Hom 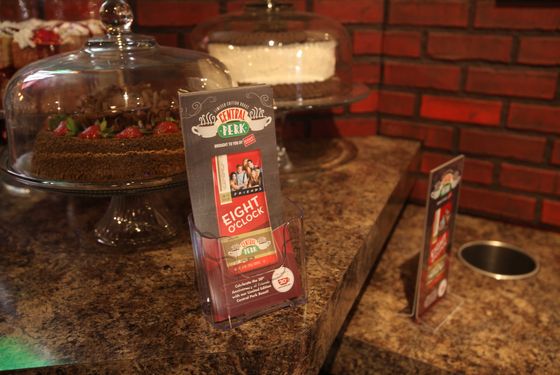 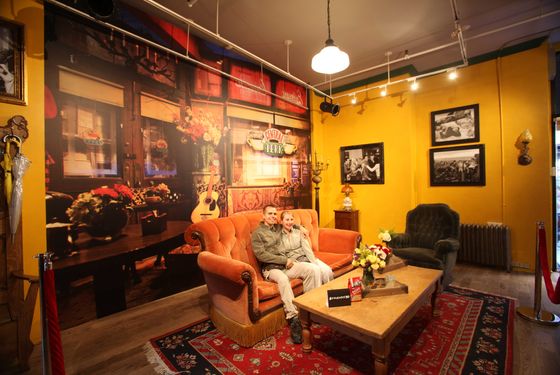 They sure look happy.Photo: Melissa Hom 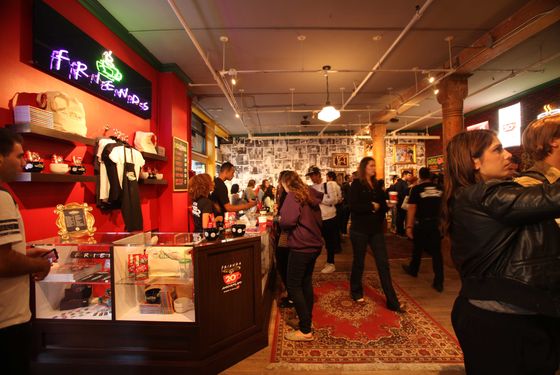