If in recent years fugitives from Bushwick have sought refuge and lower rents across the Queens border in neighboring Ridgewood, it wouldn’t be the first time. A century ago, German-immigrant brewery workers made the same migration, occupying the then newly built yellow-brick rowhouses that survive, many with landmark status, to this day. Somehow, after waves of immigration and despite its adjacency to bar-glutted Bushwick, working-class Ridgewood has managed to retain its frozen-in-time Central and Southeast European charm, represented by the stage-set vintage façades of its German pork stores, its Italian bakeries, its Polish delis, its burek shops and red-sauce temples, and even its slightly forbidding quasi-private ethnic social clubs. Little by little, though, the culinary scene is changing, with newcomers like Vietnamese hot spot Bunker and a wood-fired pizza joint, Houdini Kitchen Laboratory, colonizing far-flung fringes of the neighborhood. Still, the Ridgewood foodscape shines brightest in the seemingly peaceful coexistence of old and new: the spicy-bacon sandwich at Norma’s, showcasing cayenne-crusted pork belly from Morscher’s butcher shop down the street; the fledgling Ridgewood Market, a craft-and-food fair held periodically at the German bar and banquet space Gottscheer Hall. And monitoring all the activity is dedicated food blog Ridgefood, to which locals turn for answers to such pressing gastronomic questions as “Where’s the nearest Greenmarket?” (the Saturday Youthmarket at Cypress and Myrtle) and “Which branch of Catania Bakery sells superior sfogliatelle?” (the one on Fresh Pond Road). Here, a look at some of the newest and oldest flavors in a part of town that relishes them both. 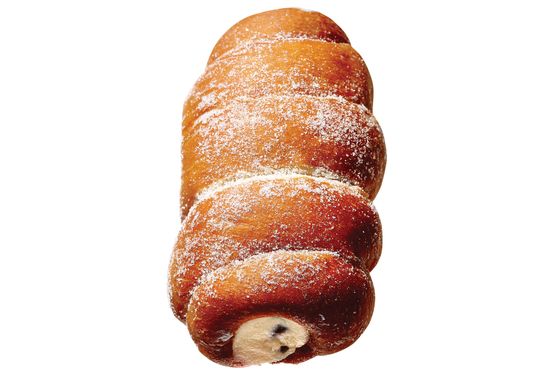 1. Catania Bakery
64-10 Fresh Pond Rd., nr. Grove St.; 718-417-5700
As befits a place named after a Sicilian city, the cannoli cream is legendary and best enjoyed in the crullerlike cartocci. 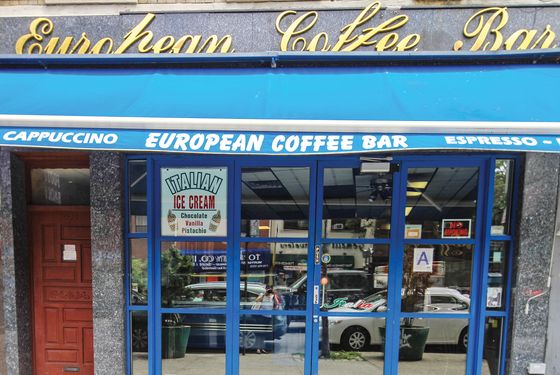 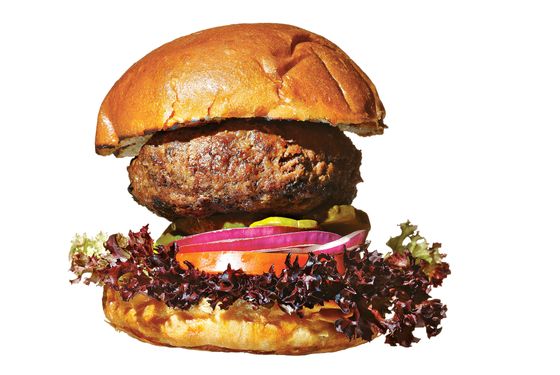 3. Ltauha
55-50 Myrtle Ave., nr. Putnam Ave.; 347-689-3462
The name is an Aztec riff, but the food’s American bistro; the menu sounds generic; and the liquor license has yet to arrive. Regardless, the cooking is serious, a reflection of the owners’ experience at DuMont, Dressler, and Stanton Social. Juicy grilled chicken comes with fluffy gnocchi, and the burger’s spot on.

4. Morscher’s
58-44 Catalpa Ave., nr. Woodward Ave.; 718-821-1040
The idealized version of an old-world butcher shop, down to the clerks’ clipped accents and the pervasive aroma of hickory smoke. But despite the German pedigree, the shop caters to the diverse tastes of its Polish, Croatian, Serbian, and Latino clientele.

7. Julia’s Beer and Wine Bar
818 Woodward Ave., nr. Cornelia St.; no phone yet
The owners of the exceedingly popular Norma’s plan to serve local brews, upstate wines, and all manner of farm-to-table snacks when they open this fall. 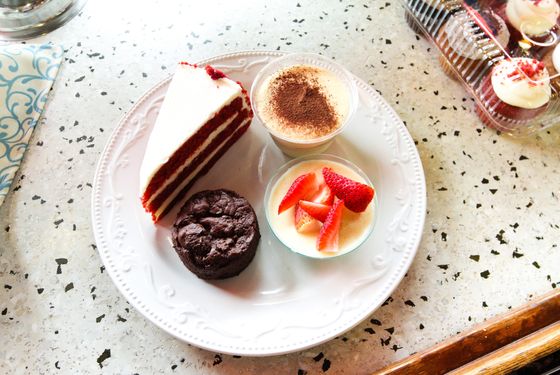 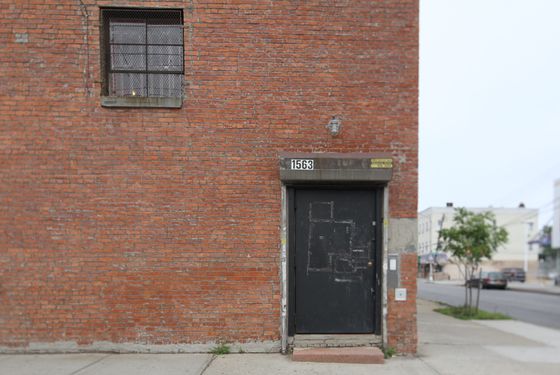 9. Houdini Kitchen Laboratory
1563 Decatur St., at Wyckoff Ave.; 718-456-3770
Named for the escape artist, who is buried in one of the countless neighboring cemeteries, this Neapolitanesque pizzeria occupies a brewery turned art-studio complex.

10. Krolewskie Jadlo
66-21 Fresh Pond Rd., at Palmetto St.; 718-366-6226
Nobu vet Krzysztof Drzewiecki is out to change the image of Polish food from peasanty cabbage and potatoes to something more regal—hence the name, which translates to “king’s feast,” and the heaping platters of kielbasa, blood sausage, bacon, pork shoulder, and hunter’s stew.

11. Cafetería La Mejor II
1533 Myrtle Ave., nr. Linden St.; no phone
This Miami-style Cuban-coffee counter is technically in Bushwick (barely) but worth the trip for a “dirty” horchata, housemade cinnamon-spiced rice-and-oat-milk with a double shot of espresso. 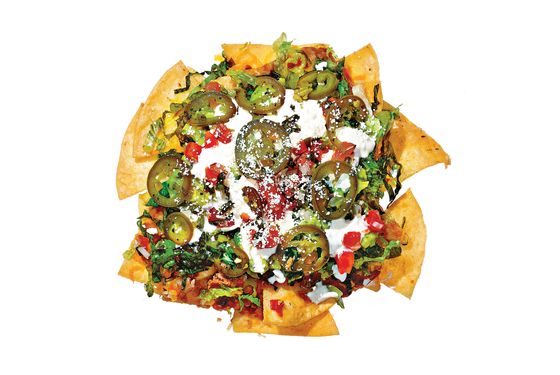 13. Taqueria Kermes
66-36 Fresh Pond Rd., nr. Woodbine St.; 347-463-9263
Chef-owner and Ridgewood resident David Fernandez is a Mexico City native who used to helm the kitchen at Atlantic Grill, so go for the fish, shrimp, or surf-and-turf tacos (or maybe the nachos), and wash them down with a housemade agua fresca. 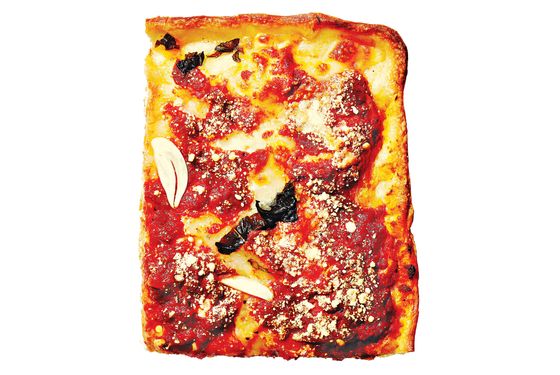 16. Gottscheer Hall
657 Fairview Ave., nr. Gates Ave.; 718-366-3030
You will find saucy goulash, cheesy spaetzle, and devoted soccer fans in this 90-year-old taproom and banquet hall established by ethnic-German émigrés from a region that was once part of the Austro-Hungarian empire, now Slovenia.

*This article appears in the July 28, 2014 issue of New York Magazine.

the year i ate new york 8:00 a.m.
The Hotpot Haze of Haidilao A steamy, celebratory feast in Flushing.
By E. Alex Jung
news Yesterday at 12:08 p.m.
Here Are the Semifinalists for the 2023 James Beard Foundation Awards New York is well represented by Department of Culture, Kru, and more.
groceries Yesterday at 8:00 a.m.
Welcome to the Shoppy Shop Why does every store suddenly look the same?
By Emily Sundberg
the underground gourmet Jan. 23, 2023
Now Is the Time for Trini Roti The Caribbean staple is a perfect midwinter lunch.
By Tammie Teclemariam
the grub street diet Jan. 20, 2023
Kashana Cauley Will Drive an Hour for the Right Yogurt “I believe in good yogurt more than other people believe in God.”
By Zach Schiffman
conversations Jan. 18, 2023
The Rush to Call Fine Dining’s Death Does Noma’s closing announcement really mean other restaurants are doomed?
By Chris Crowley, Alan Sytsma, and Tammie Teclemariam
top story Jan. 17, 2023
Restaurant Workers Are Paying to Keep Their Own Wages Low The National Restaurant Association lobbies Congress to keep the minimum wage low. Revenues from food-safety courses help pay for that.
the underground gourmet Jan. 16, 2023
Where to Find the City’s Best New Soup Elaborate broth is back.
By Tammie Teclemariam
the grub street diet Jan. 13, 2023
Highsnobiety’s Willa Bennett Is Thinking About Her Overnight Oats “I’ve never tried to make the oats while I’m away. It wouldn’t be the same.”
By Zach Schiffman
best in class Jan. 12, 2023
12 of the Very Best Air Fryers Custard toast at the ready.
the year i ate new york Jan. 12, 2023
In Search of the New York Happy Meal Our new diner-at-large looks for the best place to enjoy a martini and fries.
By E. Alex Jung
first taste Jan. 11, 2023
Gjelina Is Already Manhattan’s Hottest Lunch Seven years after it was first announced, the Venice Beach import is finally open.
By Alan Sytsma
closings Jan. 9, 2023
The End of Noma As We Know It René Redzepi is closing his Copenhagen restaurant at the end of 2024.
By Alan Sytsma
the grub street diet Jan. 6, 2023
Planet Money’s Jack Corbett Loves a Sale at the Grocery Store “I’m a bargain shopper, aside from my $18 pine nuts.”
By Zach Schiffman
rip Jan. 4, 2023
Chef King Phojanakong Has Died The founder of Kuma Inn was 54.
feature Jan. 3, 2023
Can Tacombi Become the Next Shake Shack? With a major investment from Danny Meyer, founder Dario Wolos is thinking big.
By Rachel Sugar
year in review Dec. 22, 2022
Grub Street’s 20 Most-Read Stories of 2022 Long Island bagels, dirty martinis, messy chef romances, and more.
By Grub Street
year in review Dec. 21, 2022
The Best (and Worst) of the Year I Ate New York Tammie Teclemariam looks back on a very filling assignment.
By Tammie Teclemariam
are u coming? Dec. 21, 2022
Celebrating the Holidays With Some High-End Gays (and Martha Stewart) Plus caviar, croquembouche, and cigs.
year in review Dec. 20, 2022
This Was the Year Cocktail Trends Disappeared The old rules are out. Now, anything goes.
By Chris Crowley
More Stories