Hugue Dufour and Sarah Obraitis, the duo behind the M. Wells mini-empire, have just put the finishing touches on their latest project: the outdoor terrace at M. Wells Steakhouse. This is more than just mere seating, though. The couple has also built an entire outdoor bar and kitchen, including a brand-new wood-burning oven constructed by Dufour himself.

There’s cocktail bottle service from the bar, and, with a new outdoor setup also comes a new menu tailored for the oven, one that changes nightly. Things like tomato tart, “crab on cornbread,” open-faced baked lobsters, and wild-boar ribs are all coming out of the oven, in addition to baked potatoes that Dufour pairs with jars of seafood (which sounds like the kind of dish that might have once been served at the M. Wells Diner). “We’re roasting and making anything that comes our way,” Obraitis says. “It’s a very laissez-faire life out there on the terrace.” 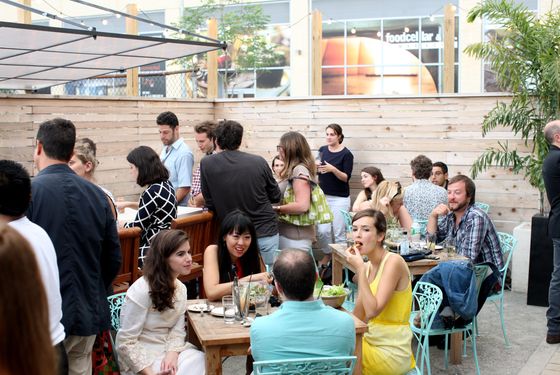 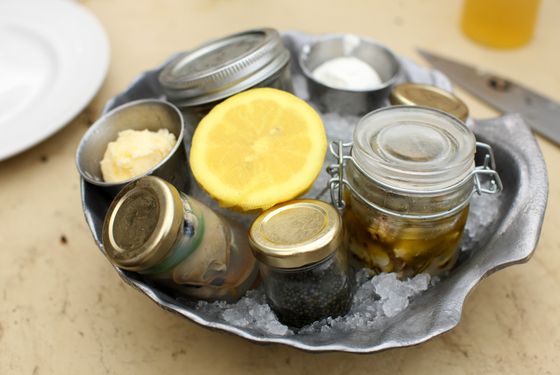 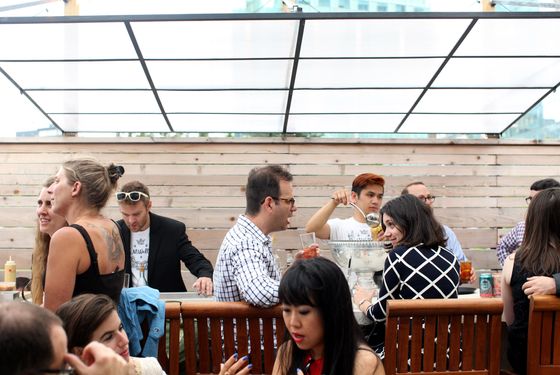 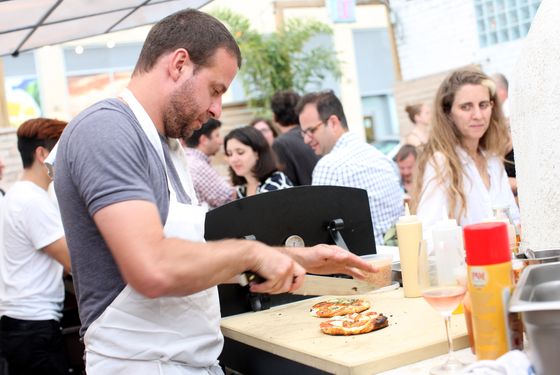 M. Wells Steakhouse is closed on Tuesdays (and will be taking tomorrow off for the 4th of July), but otherwise the terrace and its laissez-faire attitude will be open whenever the restaurant is, provided it’s not raining. And if it is, you can always just eat inside.

Why the Closing of New York’s Lexus Restaurant Is a Real Loss
Why the Closing of New York’s Lexus Restaurant Is a Real Loss
All closings »
killed it 3:05 p.m.
It’s Time to Bid Adieu to Cooking With Paris Maybe Paris Hilton’s cooking show was just too complicated for a world that values easy answers.
endorsements 12:25 p.m.
A Sharper, Snappier, Picklier Health Salad Poulet Sans Tête’s version goes heavy on the cucumbers and skips the sugar.
restaurant review 10:30 a.m.
Dining and Dashing at Semma Attempting to savor South Indian delights during a COVID surge.
By Adam Platt
rip Jan. 15, 2022
Good-bye to Ed Schoenfeld, a Man Who Changed the Way New York Ate The restaurateur and food-world impresario has passed away.
By Adam Platt
urban forager Jan. 14, 2022
At Té Company, the Persimmons Are Hung Up to Dry “The old way of preserving ingredients — for me, it’s fascinating.”
the grub street diet Jan. 14, 2022
Starlee Kine Spends Lunch Breaks With Her Dog “For every human that left the city, it seems a dog has been added.”
By Rachel Sugar
reopening Jan. 13, 2022
How Bad Has Omicron Been for New York’s Restaurants? As with everything these days, it depends who you ask.
By Chris Crowley
closings Jan. 13, 2022
Why the Closing of New York’s Lexus Restaurant Is a Real Loss Against all odds, it served as a worthy passport to food from around the world.
By Joshua David Stein
gifts they might actually want Jan. 12, 2022
The Best Gifts for Beer Lovers, According to Brewers and Beer Lovers Because you can do better than a novelty beer helmet.
omicron Jan. 12, 2022
Now We Have to Worry About Groceries, Too? Store shelves are looking emptier for some very real reasons.
members only Jan. 12, 2022
New York’s First NFT Restaurant Is Coming Soon. Wait — What? You’ve got questions. We’ve got (some) answers.
best in class Jan. 11, 2022
25 of the Very Best Drinking Glasses Twenty-one interior designers and service-industry professionals weigh in on their favorite glasses for water, juice, iced tea, or something stronger.
By Dominique Pariso
reopening Jan. 10, 2022
The Restaurant Industry Has Always Treated Sick Workers With No Remorse Will anything change because of Omicron?
By Chris Crowley
the grub street diet Jan. 7, 2022
Actor Jeff Hiller Is Eating His Feelings “My husband does basically all of the cooking and I just reap the benefits.”
By Chris Crowley
reopening Jan. 6, 2022
Eric Adams Has Already Lost New York’s Restaurant Workers That was fast!
cheers Jan. 5, 2022
To-Go Drinks Are Coming Back, Governor Hochul Says “Cheers, New York.”
what to eat Jan. 5, 2022
The Time for Stuffed Peppers Is Now Especially at Dhamaka.
ugh Jan. 4, 2022
The Biggest Problems Facing New York’s Restaurants Right Now Things are still weird.
By Rachel Sugar
strange days Jan. 3, 2022
Grub Street’s Dining Resolutions for 2022 and Beyond Two dozen ideas to help ring in an unusual New Year.
By Grub Street
year in review Dec. 30, 2021
New York’s 20 Most-Read Stories in 2021 The articles our readers were most deeply engaged with this year.
More Stories