This week, Crumbs Bake Shops closed their locations for good, and all around the country, people saw it as a sign of something larger: Bloomberg wondered if the cupcake bubble were bursting while its sister publication Businessweek declared the “end of the cupcake era.” CNN concluded, not without a hint of melancholy, “that’s the way the pricey cupcake crumbles.” Some say people just got tired of luxury cupcakes as a novelty, others blame the success of pastries like the Cronut. Sure, some shops are still open, obviously delaying the inevitable, but the media has made it official: Cupcakes are done and there’s a very good chance you might never eat one again in your entire life. They sure were great while they lasted, though! Here’s a look back at how cupcakes went from beloved to bemoaned in a just over a decade’s time.

2000: Sex and the City’s Carrie Bradshaw eats a cupcake from Magnolia Bakery in the West Village. The show’s tour bus makes the shop a destination. Tourists flock. The Era of the Cupcake begins.

2003: The first Crumbs Bake Shop opens on the Upper West Side. “The goal was to have a neighborhood bakery where I knew everybody and their kids,” co-owner Mia Bauer said to New York Family in a 2012 interview. It sounds well-intentioned enough.

December, 2005: The SNL digital short “Lazy Sunday” short extols the virtues of Magnolia’s cupcakes while simultaneously introducing it to an even larger audience.

June, 2010: Food Network debuts Cupcake Wars, wherein competitors make some of the most extreme-sounding cupcakes ever thought up. 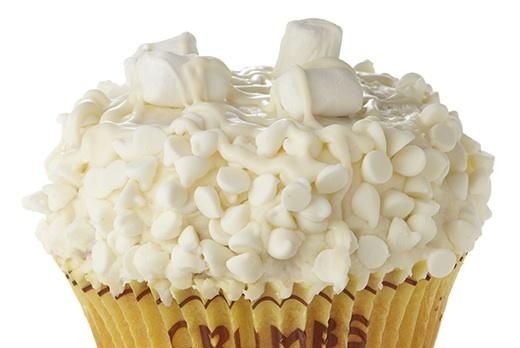 Too beautiful for this world.Photo: Crumbs

April, 2011: In Bridesmaids, Kristin Wigg’s character is the owner of a defunct bake shop. In a heart-breaking moment, Annie bakes and eats a sole cupcake alone in her kitchen, forever tying loneliness and failure to the single-serving confection.

September, 2011: 2 Broke Girls premieres on CBS. The show’s premise: broke girls save money to open a cupcake shop. Even your grandmother knows about Magnolia at this point. 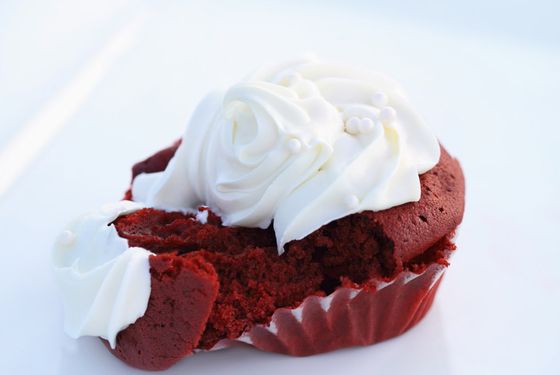 March, 2012: Boom. Sprinkles builds the first-ever cupcake ATM at its Beverly Hills flagship. The 24-hour cupcake dispenser is continuously restocked, and it even has cupcakes for dogs.

February, 2013: The famed West Village Magnolia Bakery shuts down because of a mouse infestation. Exterminators come to annihilate the bakery’s rodents, spending 24 hours cleaning up the shop. That doesn’t stop customers’ comments like “rat-cake” and insinuations that some of the chocolate sprinkles might be rodent droppings.

April, 2013: More bad news. The Wall Street Journal declares “the gourmet-cupcake market is crashing” on the news that Crumbs stock is plummeting. Grub Street sees the writing on the wall.

March, 2014: New York finally gets its own cupcake ATM, but without Honey Boo Boo, it just doesn’t feel the same.

July 7, 2014: Crumbs closes all of its locations and, like that, the media declares the end of the Cupcake Era as we know it. A dark day indeed.

Earlier: Cupcake Specialist Crumbs Shuts Down All of Its Stores

Great Moments From the Now-Dead Era of the Cupcake

the grub street diet 6:00 a.m.
Andy Baraghani Likes Some Lumps in His Potatoes “This recipe has three kinds of dairy — labneh, cream, and butter — which I don’t think is overkill.”
By Alan Sytsma
the year i ate new york Yesterday at 12:20 p.m.
Chocolate and Cheese in the Bronx A post-Thanksgiving trip to Chocobar Cortes.
By Tammie Teclemariam
report Yesterday at 10:50 a.m.
How New Yorkers Are Saving, Swapping, and Splurging on Groceries “You gotta close your eyes and put it in the cart.”
By Paula Aceves and Jane Starr Drinkard
moving Nov. 30, 2022
The Famously Tiny I Sodi Is Moving to Bigger Digs Rita Sodi’s beloved little dining room will move — and finally get a bit bigger.
openings Nov. 29, 2022
The Many Influences of Kwame Onwuachi The chef puts his own history on the menu at Tatiana.
By Tiffany Martinbrough
best in class Nov. 28, 2022
11 of the Very Best Air Fryers Custard toast at the ready.
feature Nov. 28, 2022
This Tasting Menu Tastes Like Pot A cross-country dive into high-flying, super-high dollar cannabis cuisine.
By Adam Platt
emergency discussion Nov. 22, 2022
The Menu Gets That Fine Dining Is a Cult Obscure location, insufferable clientele, and staff at the end of their rope — this horror-comedy’s got a lot in common with reality.
By Chris Crowley and Adam Platt
holiday gifts 2022 Nov. 21, 2022
The Best Gifts for Beer Lovers, According to Brewers and Beer Lovers Because you can do better than a novelty beer helmet.
profile Nov. 21, 2022
Scarr’s Pizza Is Expanding — and Adding a Sushi Counter How Scarr Pimentel became Orchard Street royalty.
By Tammie Teclemariam
the grub street diet Nov. 18, 2022
Jeremiah Moss Wishes Arturo’s Would Open Earlier “I feel like I’m betraying myself somehow when I eat nice food.”
By Alan Sytsma
the year i ate new york Nov. 17, 2022
Where to Watch the World Cup Our diner-at-large goes looking for that perfect 5 a.m. sports bar.
By Tammie Teclemariam
closings Nov. 15, 2022
Good-bye to Pearl, the Oyster Bar That Launched a Million Lobster Rolls “A perfect storm” of calamities led to the restaurant’s closing, according to owner Rebecca Charles.
By Steve Garbarino
openings Nov. 14, 2022
The Race to Finish Rockefeller Center’s Restaurants A handful of ambitious new spots are all vying for the attention of, well, everyone.
By Chris Crowley
the grub street diet Nov. 11, 2022
Margo Price Stops for Tacos in Texas and Katz’s in New York “Tonight we might get stoned and go eat a hot dog.”
By Alan Sytsma
the year i ate new york Nov. 10, 2022
Detours and Seafood in Jackson Heights What to do when a food pilgrimage doesn’t go as planned.
By Tammie Teclemariam
scenes Nov. 8, 2022
Saturday Night at Slutty Vegan Brooklyn’s best party is a line for veggie burgers.
By Chris Crowley
grub guide Nov. 7, 2022
11 Extraordinary Pies for Thanksgiving From the city’s most exciting new bakeries.
By Charlotte Druckman
the grub street diet Nov. 4, 2022
Zosia Mamet Shares Swedish Fish With Her Horse “I ride my horse pretty much every day, and I’m terrified of getting hungry.”
By Zach Schiffman
openings Nov. 3, 2022
A Ukrainian Bar Arrives in Soho Slava opens in the former Pegu Club space.
By Robert Simonson
More Stories