Nobody buys grocery store bargain wine because a self-serious label says it has “sweet rose petal notes and a lightness to the palate,” so two south London “gonzo” artists, Hugo and Sholto, who confusingly go by another name, Id-iom, spiffied up five Tesco and Sainsbury’s labels to see if anybody noticed, the assumption being that people would not. Maybe it’s because these amazing descriptions were more or less accurate?

Here are notes on a bottle of Shiraz. 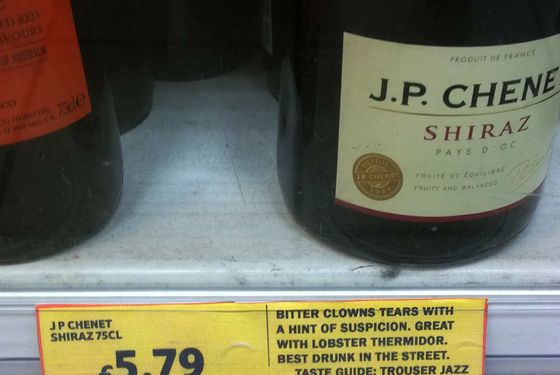 “Full of tangy clagnuts with a smooth hint of disco and funk. Great with jaffa cakes. Taste guide: Studio 54.” 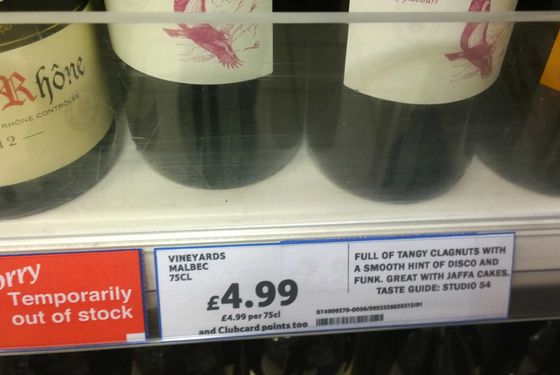 “A pretentious yet sensitive wine with a hint of snozzberry. Easy to down the whole bottle without realising. Great with fresh caviar.” 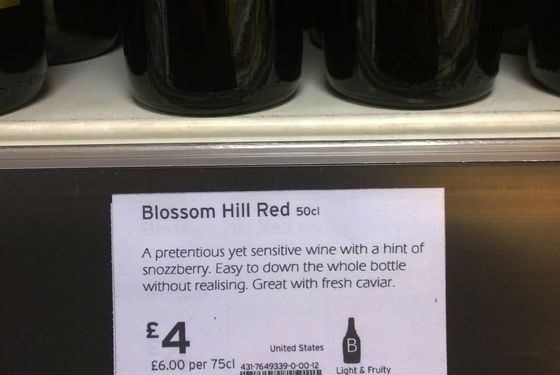 
And finally, what to expect should you choose the £4.09 Soave: 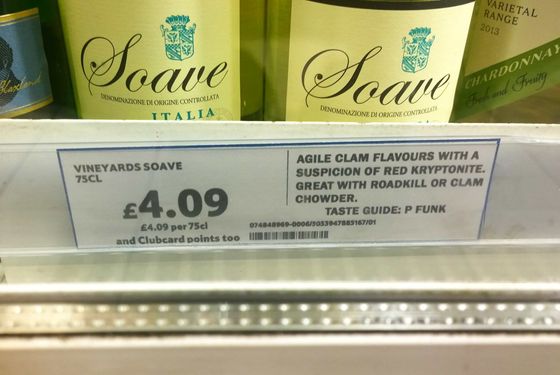 “I’d like to think these will go unnoticed by the staff until some eagle-eyed customer decides to spoil my fun,” one of them wrote on Flickr, back in January.