The motorcade rolled up to the Shake Shack in Dupont Circle, the Secret Service agents rushed out, and apparently, Joe Biden and President Obama just went in on some ShackBurgers. If that’s not the strongest possible statement of confidence in solidarity with Danny Meyer’s hamburger chain in light of those recent food poisoning allegations, well, we’re not sure what is. We’re still waiting to find out, in the meantime, whether or not the president likes the new, “fresh” fries over the old crinkle cuts. 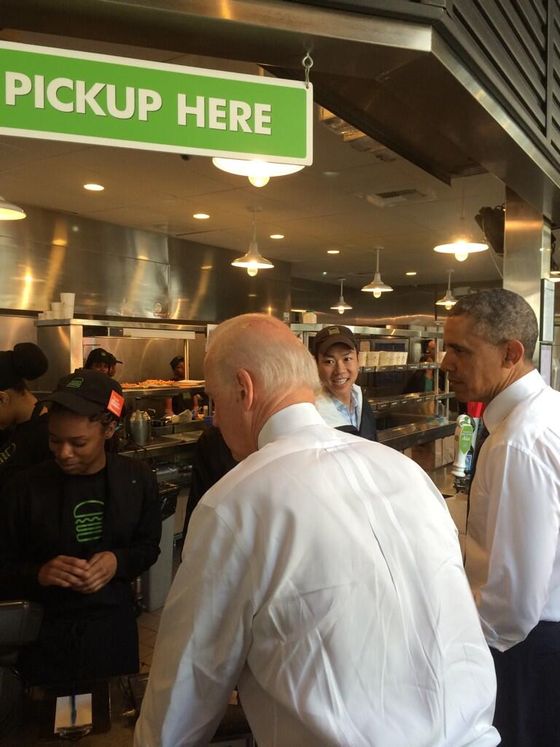 They even had to wait in line for their order to be ready.Photo: @whatsyrgamenow/Twitter

Obama and Biden having lunch at Shake Shack. pic.twitter.com/JAZlfvLU8Q

Pool: Obama said he would make brief comments to the pool so they could “eat our burgers in peace.”— Zeke Miller (@ZekeJMiller) May 16, 2014