How long would you wait? Photo: Tandem Pictures

As expected, a long line formed this morning in anticipation of Dominique Ansel’s Nutella-stuffed Cronut holes. Ansel will give out 2,000 holes in Flatiron between 10 a.m. and 2 p.m today — and they’re completely free. (Even if he charged $20 a pop, there would still be a never-ending line.) Grub decided to sit this one out, but here’s what people are saying on social media. 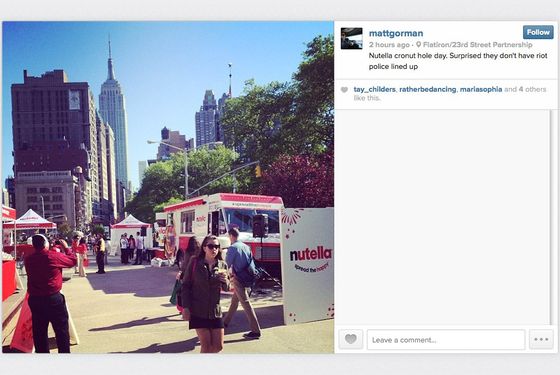 Yes, I am in line for a #Nutella filled Cronut hole. Transformation into fucking idiot complete. 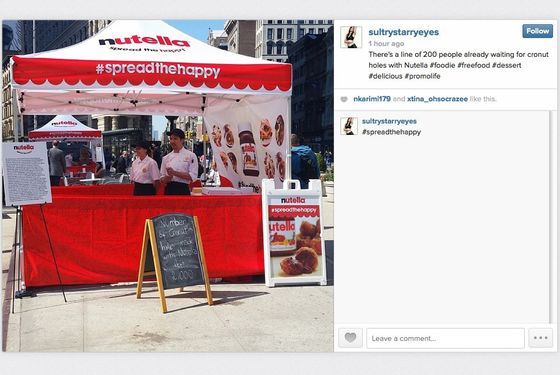 Waiting in line for the Nutella Cronut because I hate myself.— Christian Alberto W (@chalbertow) May 19, 2014

The 1st batch of @DominiqueAnsel Cronut(TM) holes made with Nutella is HERE at 23rd & Bway, while supplies last.— Nutella (@NutellaUSA) May 19, 2014 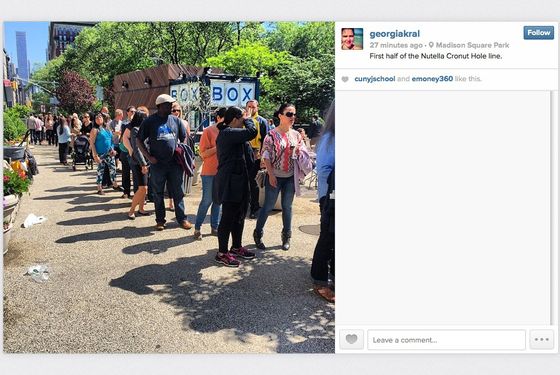 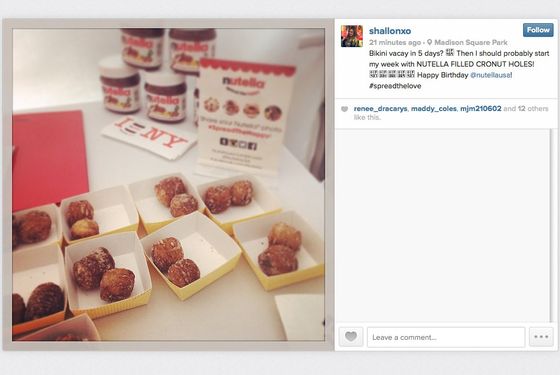 Just watched a girl drop her Nutella cronut while attempting to take an Instagram picture. If that’s not justice, I don’t know what is.— Tyler Gildin (@TylerGildin) May 19, 2014

Hey, at least there are waffles and croissants, too. 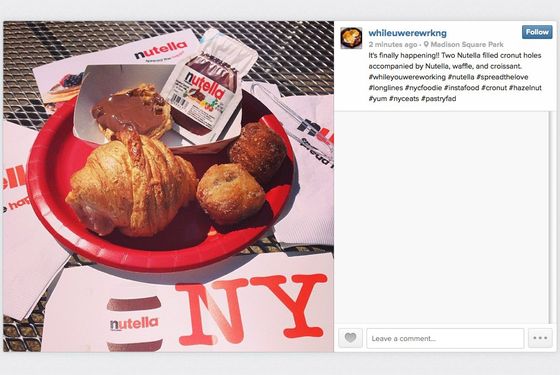 Hey, at least there are waffles and croissants, too.