Patti Jackson has been cooking in New York for 20 years — most of them at Italian restaurants like Mad.61, Le Madri, Alto, and i Trulli. But before she went to cooking school in Baltimore, she grew up in Northeastern Pennsylvania, and the mid-Atlantic region is her culinary muse. So when the opportunity finally came to open her own restaurant, a stripped-down 40-seat spot inhabiting the old Egg space in Williamsburg, she named the place for the 19th century canal (and later, railway), Delaware and Hudson, and chose to showcase foods from Baltimore to Buffalo.

That swath (often overlooked, according to Jackson) is home turf of such delicacies as Pennsylvania Dutch scrapple, lamb spiedies, and Maryland crab cakes, all of which will eventually materialize on her brunch and lunch menus. For now, though, Jackson is focusing on dinner, a $48 four-course “menu-fixe” inspired by the Torrisi Italian Specialties format, which combines aspects of family-style service with a choice of entrées, a general feeling of abundance, and great value.

Jackson is that rare thing, a pastry chef by training who effortlessly floats back and forth over the sweet and savory divide. (All breads and pastries are baked in-house.) She’s also a devout Greenmarketer, a fact reflected on her opening menu: Ramps are everywhere, from the butter that accompanies breakfast radishes to the “kraut” topping wall-eyed pike fritters to the garnish on leg of lamb and striped bass entrées. Her pasta background comes in handy, too; if the menu didn’t tell you otherwise, the farmer’s cheese dumplings with flowering wild mustard might be gnocchi. You can take the chef out of the Italian restaurant …

Here, a look at the space and some of the food, which is so strictly seasonal it might be off the menu by the time you finish reading this. 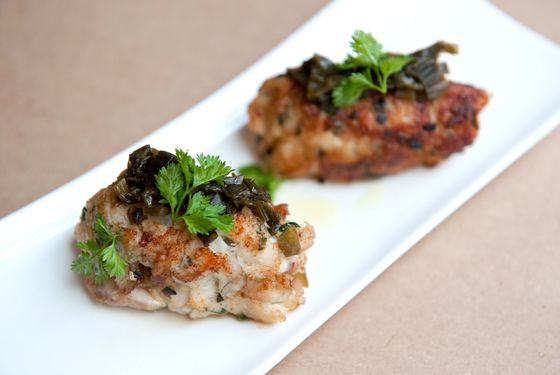 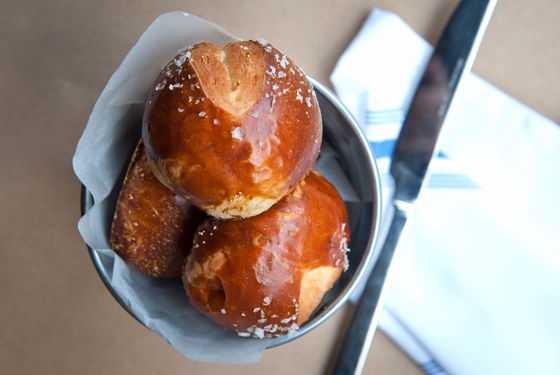 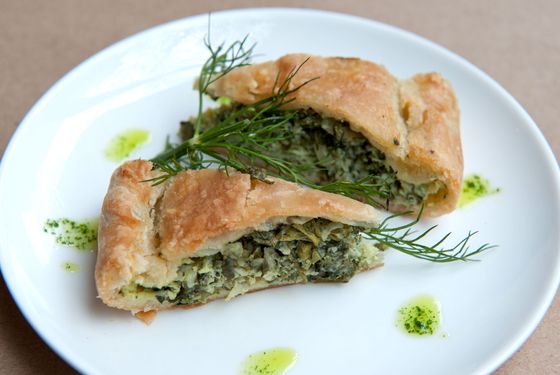 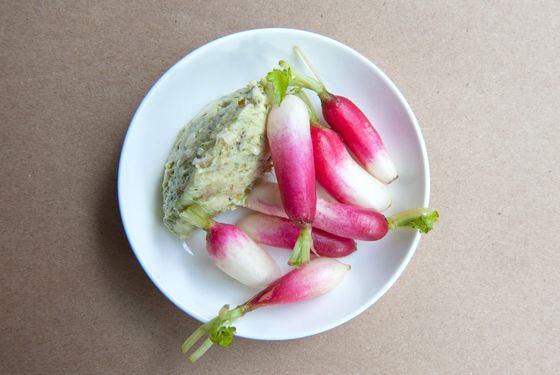 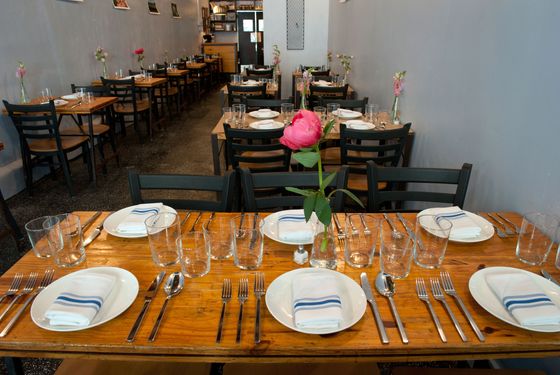 The tables are set. 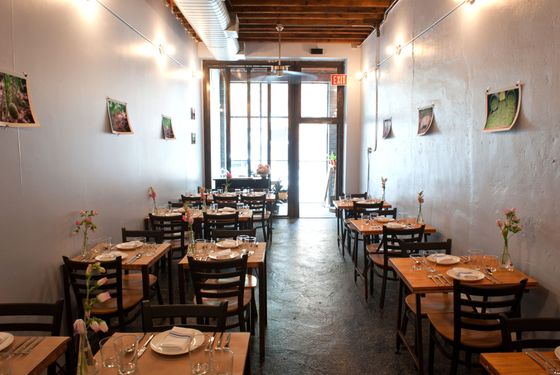 Main courses — for the moment at least — include leg of lamb and trout, both served with (you got it) ramps.Photo: Liz Clayman

presentation 8:55 a.m.
The New Minimalism Chefs are leaning into spare, simple plates.
By Chris Crowley
rip Yesterday at 12:45 p.m.
Alain Sailhac, a Chef’s Chef to the End, Has Died “He knew it all.”
reasons to love new york Yesterday at 8:00 a.m.
The Best Pizza in the World Can Be Found in One Square Mile of Williamsburg Any neighborhood would be lucky to have even one or two of these places. Here are eight.
reasons to love new york Yesterday at 8:00 a.m.
Margaritaville Is the Chillest, Cheesiest Place in Town It’s bright, cacophonous fun.
By Rebecca Alter
reasons to love new york Yesterday at 8:00 a.m.
We Will Wait a Very Long Time for a Suprême The latest and arguably greatest entry in New York’s croissant craze.
the grub street diet Dec. 2, 2022
Andy Baraghani Likes Some Lumps in His Potatoes “This recipe has three kinds of dairy — labneh, cream, and butter — which I don’t think is overkill.”
By Alan Sytsma
the year i ate new york Dec. 1, 2022
Chocolate and Cheese in the Bronx A post-Thanksgiving trip to Chocobar Cortes.
By Tammie Teclemariam
report Dec. 1, 2022
How New Yorkers Are Saving, Swapping, and Splurging on Groceries “You gotta close your eyes and put it in the cart.”
By Paula Aceves and Jane Starr Drinkard
moving Nov. 30, 2022
The Famously Tiny I Sodi Is Moving to Bigger Digs Rita Sodi’s beloved little dining room will move — and finally get a bit bigger.
openings Nov. 29, 2022
The Many Influences of Kwame Onwuachi The chef puts his own history on the menu at Tatiana.
By Tiffany Martinbrough
best in class Nov. 28, 2022
11 of the Very Best Air Fryers Custard toast at the ready.
feature Nov. 28, 2022
This Tasting Menu Tastes Like Pot A cross-country dive into high-flying, super-high dollar cannabis cuisine.
By Adam Platt
emergency discussion Nov. 22, 2022
The Menu Gets That Fine Dining Is a Cult Obscure location, insufferable clientele, and staff at the end of their rope — this horror-comedy’s got a lot in common with reality.
By Chris Crowley and Adam Platt
holiday gifts 2022 Nov. 21, 2022
The Best Gifts for Beer Lovers, According to Brewers and Beer Lovers Because you can do better than a novelty beer helmet.
profile Nov. 21, 2022
Scarr’s Pizza Is Expanding — and Adding a Sushi Counter How Scarr Pimentel became Orchard Street royalty.
By Tammie Teclemariam
the grub street diet Nov. 18, 2022
Jeremiah Moss Wishes Arturo’s Would Open Earlier “I feel like I’m betraying myself somehow when I eat nice food.”
By Alan Sytsma
the year i ate new york Nov. 17, 2022
Where to Watch the World Cup Our diner-at-large goes looking for that perfect 5 a.m. sports bar.
By Tammie Teclemariam
closings Nov. 15, 2022
Good-bye to Pearl, the Oyster Bar That Launched a Million Lobster Rolls “A perfect storm” of calamities led to the restaurant’s closing, according to owner Rebecca Charles.
By Steve Garbarino
openings Nov. 14, 2022
The Race to Finish Rockefeller Center’s Restaurants A handful of ambitious new spots are all vying for the attention of, well, everyone.
By Chris Crowley
the grub street diet Nov. 11, 2022
Margo Price Stops for Tacos in Texas and Katz’s in New York “Tonight we might get stoned and go eat a hot dog.”
By Alan Sytsma
More Stories