A little more than a month after their big joint announcement, Starbucks and Teavana stores are finally serving the TV host and all-around media titan’s “Handcrafted Teavana Oprah Chai Tea Latte” and non-latte-fied chai at stores throughout the country. The rollout coincides with the opening of a gleaming new Teavana shop in Chicago and the announcement of more locations in L.A. and New York, all signs of the coffee giant’s most ambitious foray into the realm of tea to date. In a development that may frighten or delight you (or both), the arrival of posters bearing the larger-than-life likeness of Oprah Winfrey at Starbucks stores has also led to the dawn of Oprah selfies. While most of these feature grinning baristas, it’s really the solo shots that are the most compelling. And creepy. 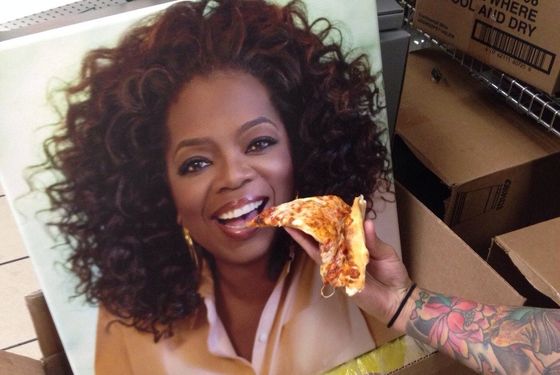 Related: The Age of Oprah Chai Tea Is Upon Us