On Monday, the owners of Tacombi at Fonda Nolita and La Brisa in Montauk will open a 6,500-square-foot food complex on West 24th Street, complete with a taqueria called Tacos Madison, as well as a tortilleria and a Veracruz-style coffee bar. The idea is that Cafe El Presidente will feel like a traditional Mexican market, where customers can visit different little shops and bars. Luis Aguilar, the head chef at Fonda Nolita, will produce tortillas made of beetroot, calabaza, nopal, yuca — both corn and flour styles. Jason DeBriere, most recently of now-closed Peels, will head up the brunch menu.

There’s more to look forward to: Cafe El Presidente will host a rotating roster of celebrity “taqueros,” like a cochinita master from Mérida and a tamale expert from Chiapas. And in a few months, a seafood restaurant called Mariscos Madison will open on the lower level. 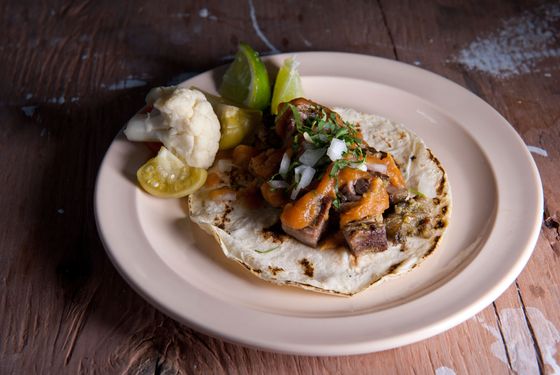 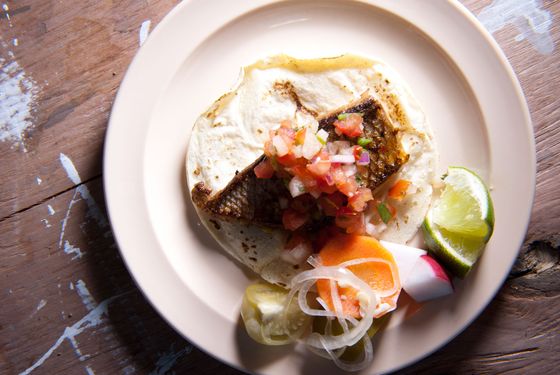 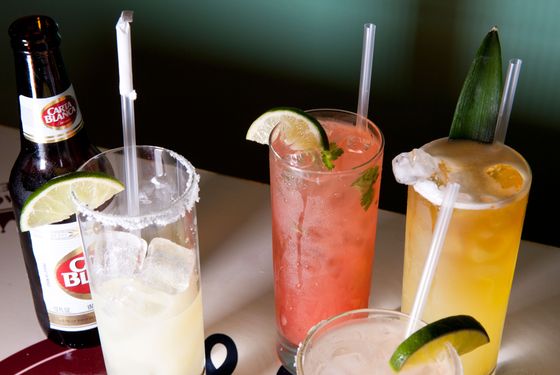 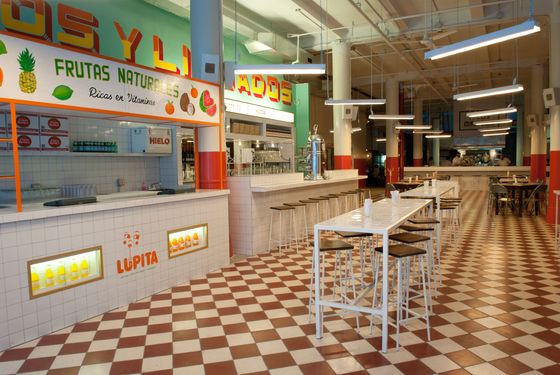 The cement-style floor got imported from Mérida, Yucatán.Photo: Liz Clayman 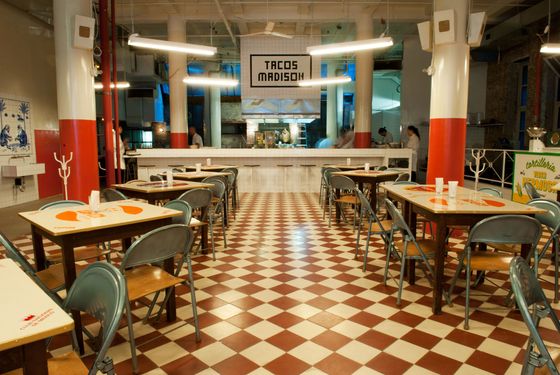 The open kitchen boasts the city’s longest continuous taco bar, and you can order directly from line cooks.Photo: Liz Clayman