Bonus: The bottles look very handsome on your bar.

If you’ve spent any time in a bar in the last few years, you’ve probably spotted at least a few bottles of Japanese whisky. Time was, you’d get obscurity points for even knowing the stuff existed, but with an ever-growing U.S. presence and Suntory’s recent $16 billion purchase of Beam, Inc., it’s clear that this is the time to know about — and drink — Japanese whisky.

The party line on Japanese whisky is that it’s basically an Eastern take on Scotch. That’s reductive, but also not entirely wrong. Japan’s earliest experiments with whisky-making, most conducted by the scions of ancient sake-brewing families, were designed to mimic Scottish production methods. To this day, the barley required for Japanese whisky is still grown and malted in Scotland, then shipped to Japan for use in its stills. (And the preferred spelling is whisky, not whiskey, also keeping in line with the Scots.)

So why not just drink Scotch instead? Because Japan’s whisky industry is far younger than Scotland’s — it only dates back to the 1920s — so Asian distillers are less shackled to tradition than the Europeans. They also have a deeper appreciation for the art of blending; although Nipponese single malts have caught fire in America, drinkers in Japan strongly favor blends, which are typically consumed in highballs rather than sipped straight. Finally, Japan’s natural elements have a distinctive effect on its whisky. The mineral water that flows around the Yamazaki distillery, for example, is treasured enough to be bottled and sold on its own. And then there’s the wood. barrels, made using a native oak known as mizunara, which impart an almost ecclesiastic perfume you won’t find in any Scotch.

But here’s the other thing: There are currently just three brands available in the U.S.. There are nevertheless enough distinct bottlings to keep the budding Japanese-whisky connoissieur busy until even more stuff hits the market.

1. Suntory
Suntory is the oldest and — thanks to Bill Murray —  the best known of the Japanese whisky houses. Its founder, Shinjiro Torii, had made a fortune producing a sweet red wine called Akadama before opening his first distillery at Yamazaki and releasing his first whisky in 1929. (Called Shirofuda — “White Label” — it closely resembled Scotland’s peaty smoke-bombs and was a little too Scotch-like for Japanese palates at the time; it was a flop.) Today, though, Suntory operates two distilleries: The original, in Yamazaki, and a second outfit, Hakushu, on the island of Honshu. The brand’s first official single-malt, Yamazaki 12-year, debuted in 1984 and hit America in 2007.

The Juice: The range available in the U.S. includes 12- and 18-year expressions of the Yamazaki, each matured in a different combination of Spanish, American, and Mizunara oak. The younger whisky favors American wood and is the most mellow of the Japanese single malts we’ve tried; the 18-year version is aged in primarily Spanish oak and has a spicier, richer finish.

The whiskies coming out of Hakushu are bolder by design. The 12-year expression is peaty with a bright astringency — green apple, crisp pear. With six more years in the barrel, the Hakushu 18 shows a mellowed smokiness, and fruit that’s almost tropical. Collectors should also keep an eye out for Hakushu Heavily Peated: 100 cases of the limited-edition bottling hit American shelves this fall and mostly sold out, but more are on the way.

Which brings us to Hibiki, Suntory’s line of luxury blends. The Hibiki 12 combines malts from both the Yamazaki and Hakushu distilleries and is finished in plum liqueur casks — it’s lovely and light-bodied, a better bet for drinkers new to peat. By fall 2014, Suntory plans to release 17- and 21-year Hibiki expressions in the U.S., the latter enriched with sherry cask complexity. 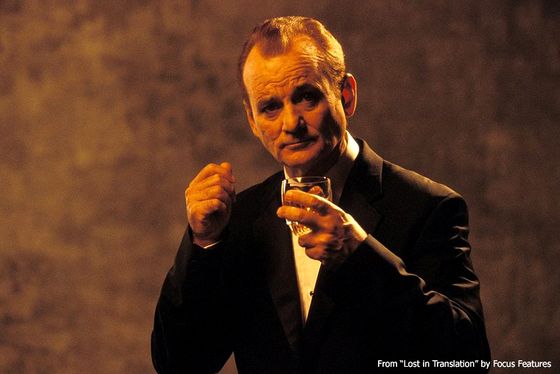 2. Nikka
The Pepsi to Suntory’s Coke: Nikka was founded by Mastaka Taketsuru, who himself studied distillation in Scotland (and chemistry at the University of Glasgow) and worked at Suntory for its first decade of existence. When he left Suntory, Taketsuru went north to Hokkaido, where the cooler climate and proximity to the sea mirrored Scottish conditions. He set up shop, originally under the name Dainipponkaju, opening his first distillery in 1934. A second distillery at Miyagikyo on the island of Honshu opened in 1969, and the brand first made waves in the U.S. in 2012.

The Juice: Nikka describes the whiskies coming out of the Yoichi distillery as more masculine, compared with the more feminine expressions of Miyagikyo. Gender binary notwithstanding, we get the picture. The Yoichi whiskies are more robust, like the chocolatey 15-year Yoichi Single Malt, while the Miyagikyo distillery makes gentler products, as in the delicate, floral 12-year Miyagikyo Single Malt.

Like Suntory, Nikka takes special pride in its blends. The brand even operates a private “blender’s bar” in Tokyo, where guests can taste rare or proprietary concoctions from each of Nikka’s seven master blenders. There are three examples available for purchase here in the U.S.: The 12-, 17-, and 21-year expressions of Taketsuru Pure Malt ascend in heft and complexity as they get older. For our money, we find that a dozen years in American oak and sherry barrels produces the most harmonious balance of Yoichi brawn and Miyagikyo elegance.

3. Chichibu
The upstart of the Japanese whisky category has a bit of history of its own: The brand is headed by Ichiro Akuto, whose father and grandfather first started making whisky at the family’s Hanyu sake brewery. The family eventually sold Hanyu, but by 2000, the new owners decided to cease whisky production. Enter Ichiro, who bought up the facility’s last 400 barrels and blended the stock to release a series of limited-run bottlings, each named after a playing card. (The 53rd — and last — bottling, called Joker, debuted on February 23.) Building on the success of the card series, Ichiro reentered the family trade in earnest: His own distillery, Chichibu, opened in February of 2008.

The Juice: There’s just one Chichibu expression currently available in America, but it’s a doozy. Released in January, “The First” is a three-year-old single malt — a tyke compared with its competition, but the stuff punches above its weight. It’s aged in mostly ex-bourbon oak, and a small percentage of the whisky rests exclusively in mizunara barrels — the effect is incredible. Of all the Japanese whiskies available in the U.S., The First offers the clearest showcase for the influence mizunara can have on a spirit, with notes of incense and sandalwood, like a Shinto shrine in a glass. Only 2,000 bottles of The First were released in the U.S., so if you see it at the liquor store, don’t hesitate. Because the distillery is so young, it’ll be awhile before additional Chichibu expressions arrive Stateside. Although release dates have not been announced, “The Peated” — styled after an Islay Scotch — and “On the Way,” a blend of three-, four-, and five-year old whiskies, are both forthcoming.

Spirited Away: The Japanese Whisky You Should Be Drinking Right Now

restaurant review 23 mins ago
At Patti Ann’s, the Kids’ Menu Is the Only Menu Pigs in a blanket and chicken-fried pork chops just like Mom never used to make.
By Adam Platt
the grub street diet May 20, 2022
Eliot Glazer Looks for a Crunchy Quesadilla “It’s like having that burnt cheese on a pizza.”
By Chris Crowley
the year i ate new york May 19, 2022
Is This Really the ‘Worst Steak in NYC’? Seeking out a surprisingly controversial special.