It was during a visit to Florida, of course, that longtime friends Jonathan Schnapp and Ashley Albert got the idea for Royal Palms Shuffleboard Club, which officially opens tonight in a 17,000-square-foot space in Gowanus. The duo was at a shuffleboard night with a punk band, a food court, and twentysomething players instead of retirees. “I thought, This is the coolest place in the world,” Schnapp says. “Brooklyn would fucking flip for this.”

The result, as you can see in the photos, is a glorious culmination of kitsch: a stage for yacht-rock bands, mason-jar cocktails, vintage pennants from tourist attractions in Florida, and flamingo wallpaper in the bathroom. Food comes courtesy of a rotating roster of food trucks including Luke’s Lobster and Morris Grilled Cheese, parked in a bay attached to the space. And house cocktails skew — what else? — Floridian, running $9 to $11 with names nodding to the sport, such as the “Shuffleboard Bob” a mix of gin, coconut water, lime juice, and cucumber syrup. “It was important to us to have the feeling of Florida,” Albert says, “but to keep a reality check that we are in a giant warehouse in Brooklyn.”

So it all sounds fun and the soft opening has been a huge hit. But wait, you might be thinking. How do you actually play shuffleboard? Worry not: We’ve got you covered there, too. Here’s what you need to know before you head out. 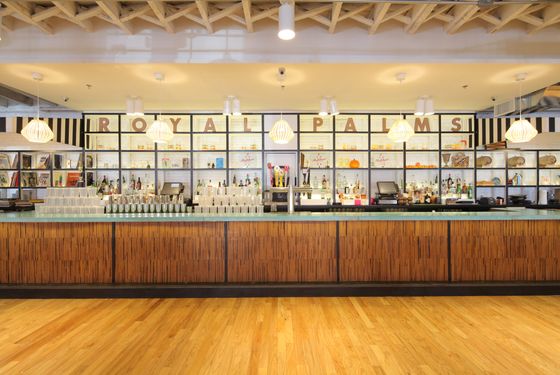 So, where do we pick up our shuffleboard shoes?
No special shoes needed. This isn’t bowling. But you do need to remember one very important rule: Never, ever walk on the courts. Seriously. You will get yelled at if you do. You can walk behind the courts and beside them, but just don’t walk on the court, no matter how many drinks you’ve had.

Okay, no special shoes. But I need to get a stick and puck thing, right?
Right. The discs are called biscuits and the sticks are tangs. Each team will get four biscuits, either yellow or black. When it isn’t your turn, you should keep the tang’s stopper on the ground and its claw pointed to the sky. 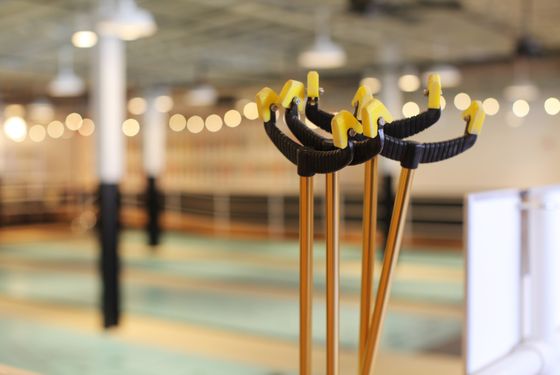 Okay. We’ve got our tangs and biscuits. Now what?
You need a group of four, divided into two teams of two. At Royal Palms, a court will run your group $40 per hour. And if you don’t have four people, Royal Palms will keep one court open for floaters — make friends! 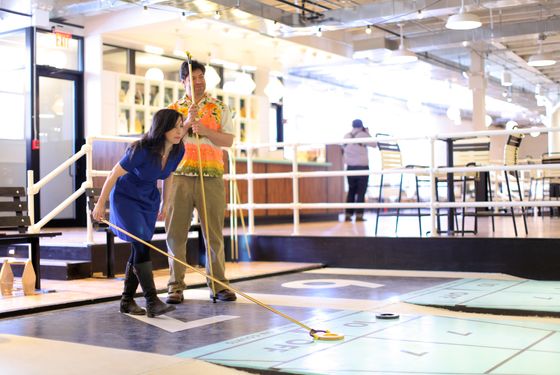 So what’s the goal?
One player from each team stands at opposite ends of the court. The yellow team starts by sending one biscuit to the scoring triangle on the other end of the court, then the black team on the same side goes. Then yellow, then black, taking turns until all eight biscuits are gone. Then you add up each team’s score from that round. Then the players on the other side go. This happens until one team scores 75 points.

You’re encouraged to use your biscuit to knock the other team’s biscuits out of scoring position, which is what makes the game fun. Also: Discs that land on a line don’t count (they have to be fully in the scoring area), and try to make sure one of your biscuits doesn’t end up in the kitchen.

Huh? The kitchen?
Sorry: The kitchen is the wide space at the base of the scoring triangle. If your biscuit lands there, it’s an automatic ten-point deduction from your score. Land two biscuits in the kitchen in a single turn and it’s called a Double Soup. You don’t want that. 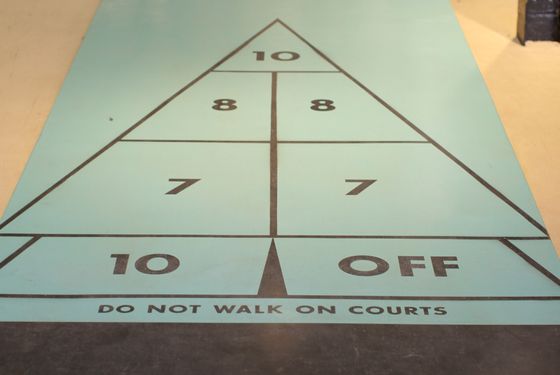 Gotta get that 10.Photo: Melissa Hom 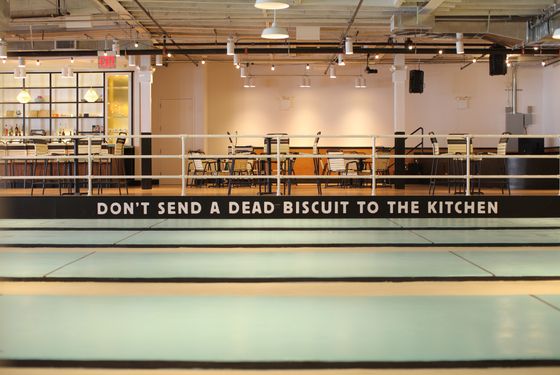 Double Soup sounds bad. What other terms do I need to know?
Schnapp and Albert are trying to get “pepperoni” to catch on. That’s when all eight biscuits have been played in a turn and one team has all four of their biscuits in scoring positions (meaning they haven’t been knocked off, or land in the kitchen, or on a line). You want a pepperoni.

There’s also “dropping a cherry” — scoring in the ten-point box — and “Boca Raton,” which you can use to heckle the other team, since it means you’re unimpressed that they aren’t scoring any points. As in, “That round was very Boca Raton.” Wicked burn.

I love heckling! Any other trash-talking strategies?
Schnapp’s method: After your opponent fouls up a play, you point your index finger down and rotate in a clockwise position, while telling them that they’re “making soup.” It is unclear if this is a real shuffleboard thing or just Schnapp’s invention, but we can tell you from firsthand experience that it works in shaming.

Otherwise, be creative — the drinks will help you come up with something. 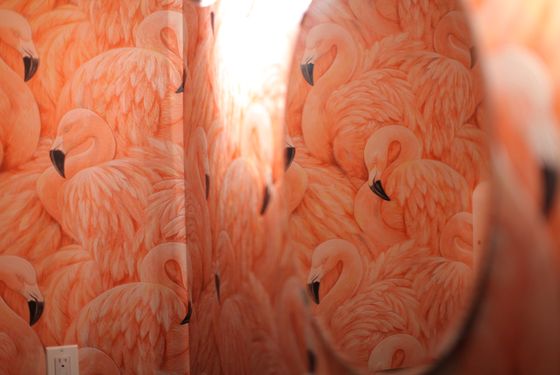 Grub has the same wallpaper in its bathroom.Photo: Melissa Hom 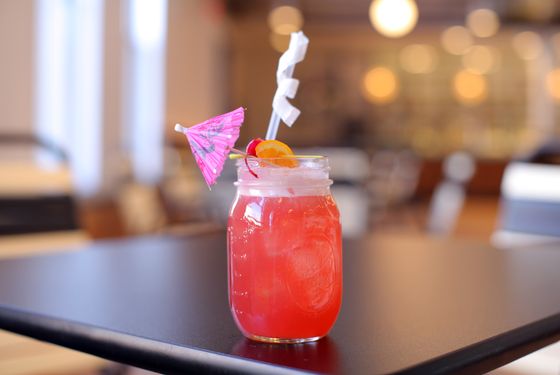