Get ready to meet your new least favorite person: Gary James is the owner of a bar and restaurant called Gary’s Chicaros in Enid, Oklahoma. (Looks gorgeous in the video.) When local news station KFOR caught up with him recently to ask about accusations that he discriminates against certain customers, James joyfully confirmed on camera that, yeah, he “doesn’t want gays around.” He also shows off his restaurant’s T-shirts, which are apparently decorated with all sorts of racist, sexist terms. (James gained similar notice in 2009 when another local news station quoted him as saying, “If you come in here with all the in your face and a limp wrist, no I don’t really want you in here.”) Incidentally, this is all coming to light now because Matt Gard — a former self-described regular who we guess was previously fine with James’s casual homophobia — says he was thrown out for being in a wheelchair, a claim that James denies.

Here’s the full video, if you’re in the mood to really get your ire up.

The Internet isn’t done with this guy. And, hey, look at what pops up when you Google the name of the restaurant: 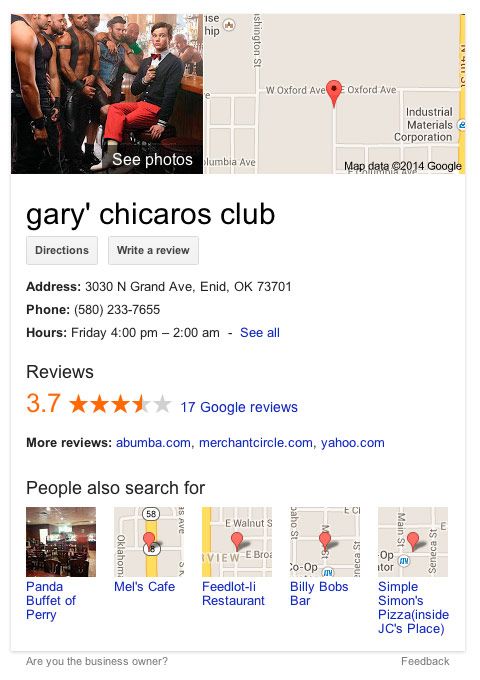 Here’s the Restaurant Owner Who Won’t Serve ‘Gays’ and