Liberals drink more Grey Goose and Absolut, whereas Republican voters drink dark spirits like Jim Beam and Wild Turkey, at least according to a new study from the National Media Research Planning and Placement. In the realm of wine, Republicans are partial to Franzia and Robert Mondavi, while those crunchy liberals gravitate toward Washington State merlot and Two Buck Chuck. For a bipartisan future, Bacardi’s the key, but the fact that Democrats got stuck with all the boring drinks might have something to do with the Republican consulting firm behind the study. It seems like only deeply liberal hermits drink Don Julio, however, which sounds about right. 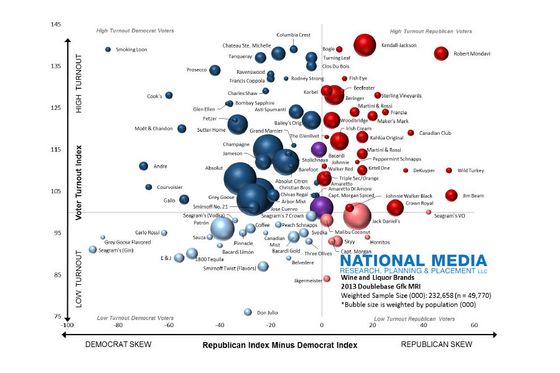 What your favorite drink says about your politics, in one chart [WaPo]