There’s an all-star team behind a quirky new Chinese-American spot on the border of the Lower East Side and Chinatown: Nom Wah Tea Parlor owner Wilson Tang, Per Se vet Jonathan Wu, Mas (farmhouse)’s John Wells, and beverage director Jason Wagner (most recently of Nellcôte in Chicago). Their “creative and personal interpretation” of American-Chinese food has resulted in funky dishes like smoked-and-fried dates stuff with duck, sweet-potato rice cakes, and Parker House steamed buns stuffed with sunchokes, shitake mushrooms, and glass noodles. Take a look at some of the food, straight ahead. 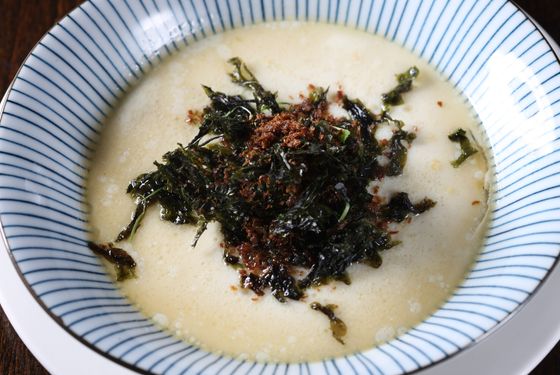 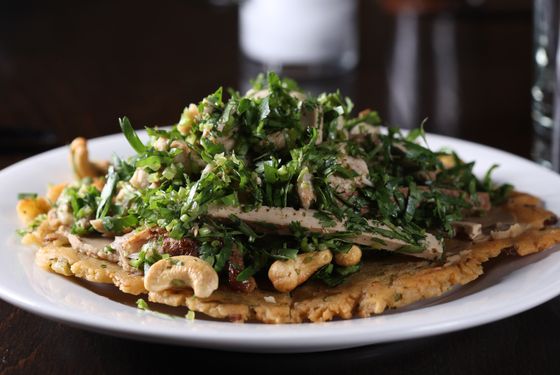 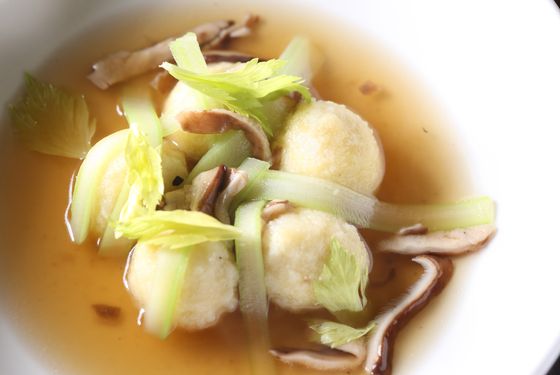 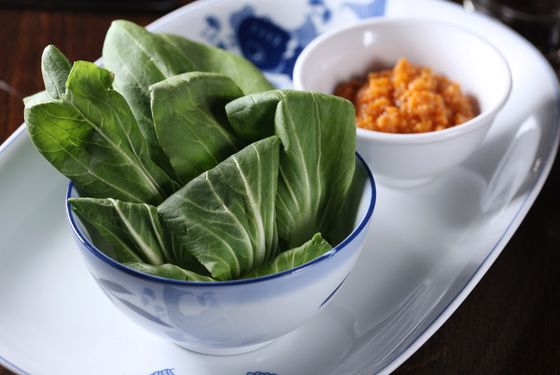 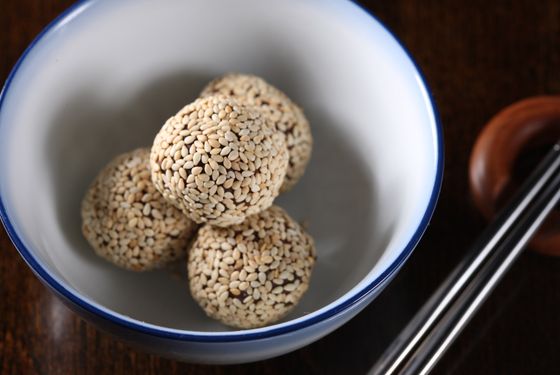 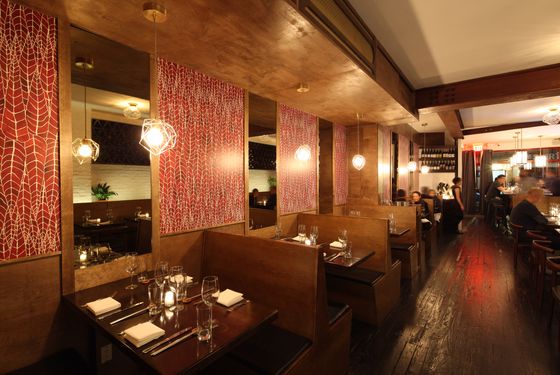 What to Eat at Fung Tu, Per Se Alum Jonathan Wu’s New Chinese-American

Why the Closing of New York’s Lexus Restaurant Is a Real Loss
Why the Closing of New York’s Lexus Restaurant Is a Real Loss
All closings »
faqs Yesterday at 12:15 p.m.
What to Do If a Famous Anti-Vaxxer Walks Into the Restaurant Where You’re Eating Recent news suggests not all New York City restaurants are following vaccination regulations.
shopping Jan. 24, 2022
The Cervo’s Team Launches a Preserved-Seafood Line “Our love of anchovies and sardines runs pretty deep.”
openings Jan. 24, 2022
Inside Mena, Victoria Blamey’s First-Ever Solo Restaurant The new project opens this week.
By Mahira Rivers
the grub street diet Jan. 21, 2022
Chef Alexander Smalls Always Says Yes to Duck Eggs “I graduated from quail to duck. For me, it’s a more fertile taste.”
By Chris Crowley
it's soup season Jan. 20, 2022
Everything You Need to Know About ‘Soup Mother’ A new name for an ancient approach to cooking — and something we all might want to try.
the food biz Jan. 19, 2022
Battle of the Roasted Garlic Achaars A Trader Joe’s knockoff has put condiment-maker Brooklyn Delhi in a pickle.
By Rob Patronite and Robin Raisfeld
killed it Jan. 18, 2022
It’s Time to Bid Adieu to Cooking With Paris Maybe Paris Hilton’s cooking show was just too complicated for a world that values easy answers.
endorsements Jan. 18, 2022
A Sharper, Snappier, Picklier Health Salad Poulet Sans Tête’s version goes heavy on the cucumbers and skips the sugar.
restaurant review Jan. 18, 2022
Dining and Dashing at Semma Attempting to savor South Indian delights during a COVID surge.
By Adam Platt
rip Jan. 15, 2022
Good-bye to Ed Schoenfeld, a Man Who Changed the Way New York Ate The restaurateur and food-world impresario has passed away.
By Adam Platt
urban forager Jan. 14, 2022
At Té Company, the Persimmons Are Hung Up to Dry “The old way of preserving ingredients — for me, it’s fascinating.”
the grub street diet Jan. 14, 2022
Starlee Kine Spends Lunch Breaks With Her Dog “For every human that left the city, it seems a dog has been added.”
By Rachel Sugar
reopening Jan. 13, 2022
How Bad Has Omicron Been for New York’s Restaurants? As with everything these days, it depends who you ask.
By Chris Crowley
closings Jan. 13, 2022
Why the Closing of New York’s Lexus Restaurant Is a Real Loss Against all odds, it served as a worthy passport to food from around the world.
By Joshua David Stein
gifts they might actually want Jan. 12, 2022
The Best Gifts for Beer Lovers, According to Brewers and Beer Lovers Because you can do better than a novelty beer helmet.
omicron Jan. 12, 2022
Now We Have to Worry About Groceries, Too? Store shelves are looking emptier for some very real reasons.
members only Jan. 12, 2022
New York’s First NFT Restaurant Is Coming Soon. Wait — What? You’ve got questions. We’ve got (some) answers.
best in class Jan. 11, 2022
25 of the Very Best Drinking Glasses Twenty-one interior designers and service-industry professionals weigh in on their favorite glasses for water, juice, iced tea, or something stronger.
By Dominique Pariso
reopening Jan. 10, 2022
The Restaurant Industry Has Always Treated Sick Workers With No Remorse Will anything change because of Omicron?
By Chris Crowley
the grub street diet Jan. 7, 2022
Actor Jeff Hiller Is Eating His Feelings “My husband does basically all of the cooking and I just reap the benefits.”
By Chris Crowley
More Stories