A small brewpub some 40 miles outside of St. Louis was forced to change the name of one of its products after receiving a formal cease and desist letter from Starbucks. The coffee giant’s lawyers sent a letter earlier this month asserting that Exit 6’s “Frappicino” brew — which owner Jeff Britton claims would in fact have been called “Frappuccino” if it weren’t for his poor spelling — may have been mistaken for an officially licensed Starbucks product, and that wouldn’t haven’t been good. For his part, Britton has now apologized — profusely, repeatedly, sardonically — for “any damage Exit 6 did to Starbucks.” He even sent along a check for $6. How sweet.

Britton probably heard about what the chain did to Bangkok coffee vendor Starbung, now known as “Bung Tears,” and of its rigorous crackdown on Charbucks of New Hampshire.

“We just want to help a business like Starbucks. Us small business owners need to stick together,” he writes, and judging from the exchange below, it seems as though Exit 6 may have had the last laugh. 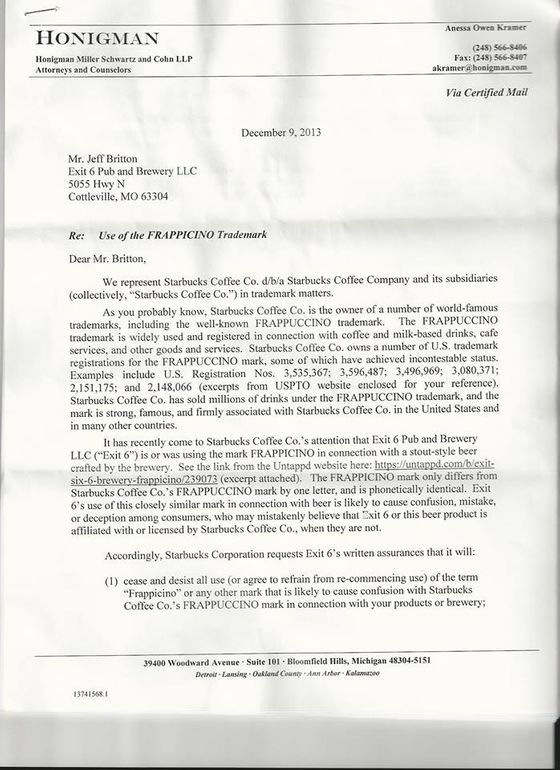 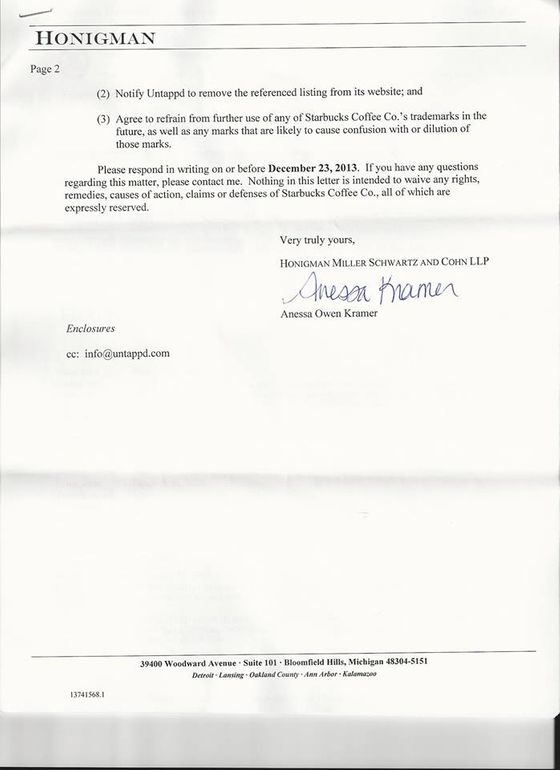 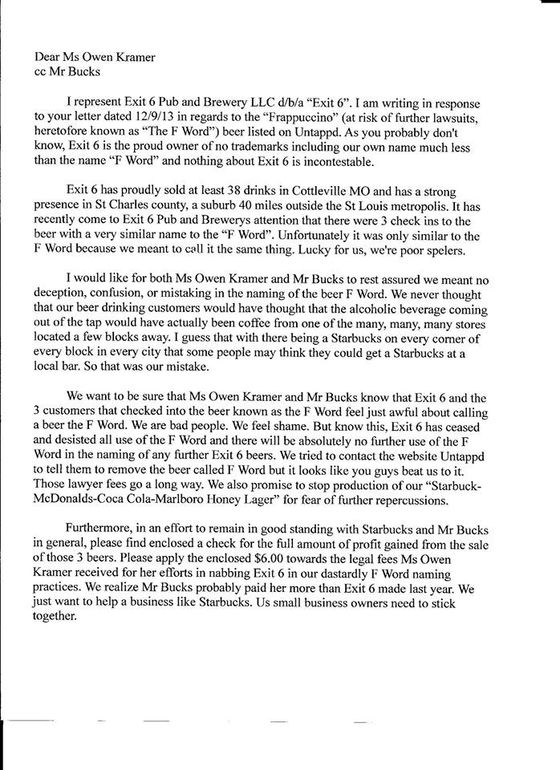 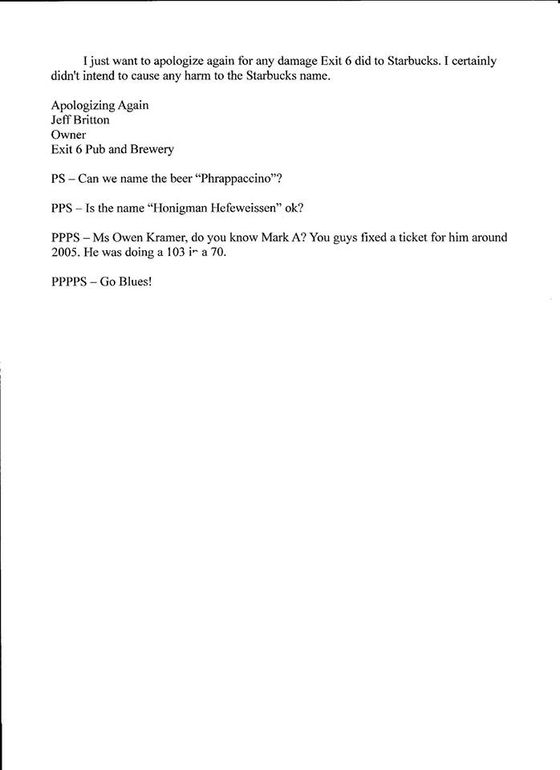