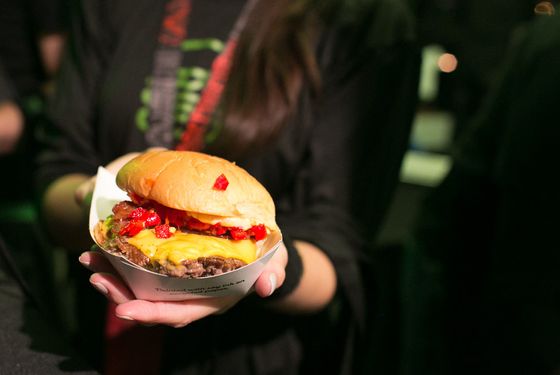 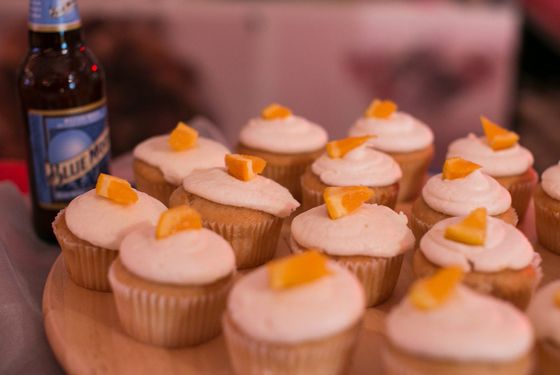 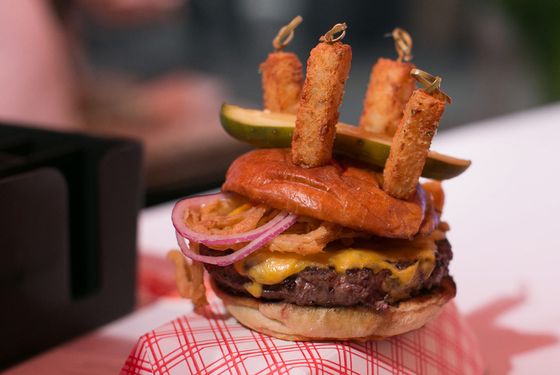 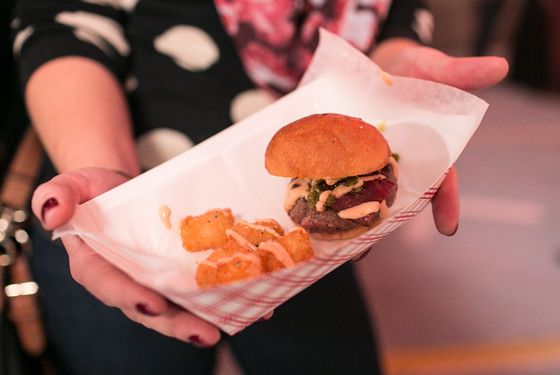 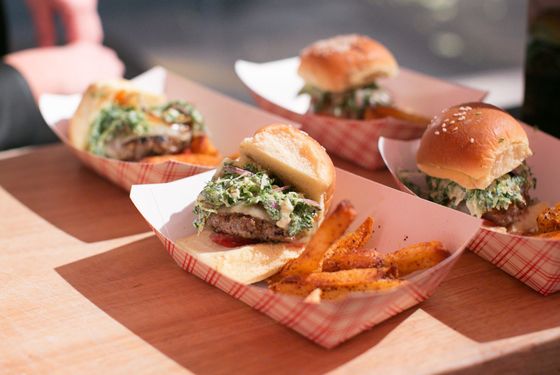 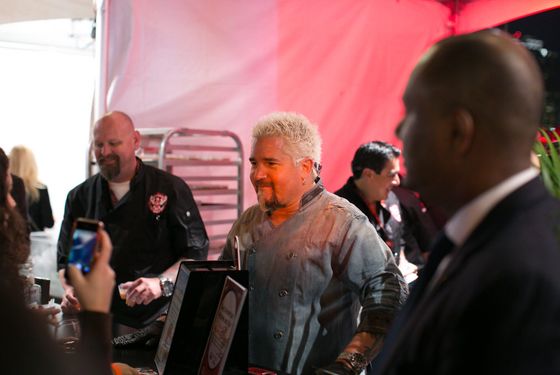 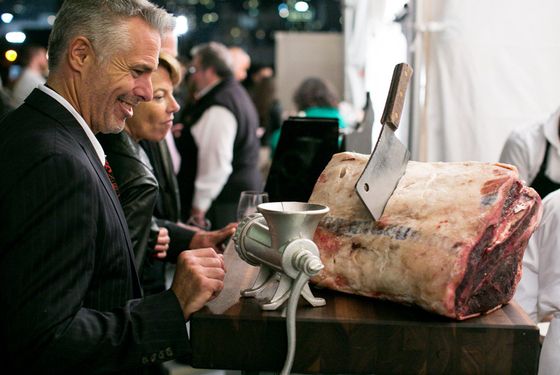 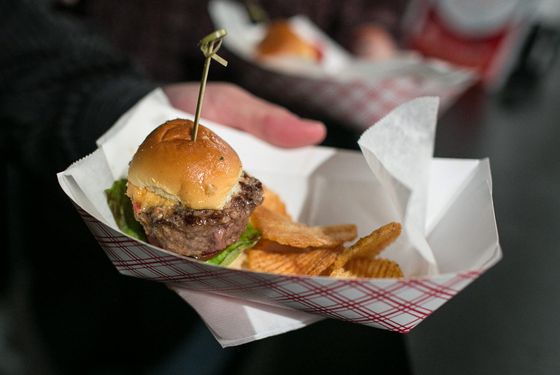 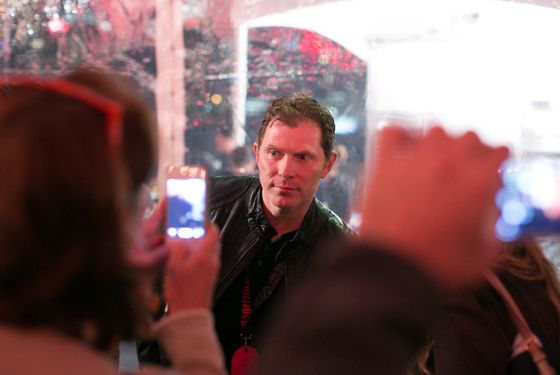 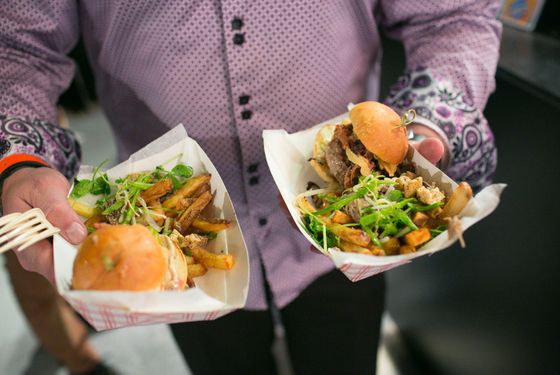 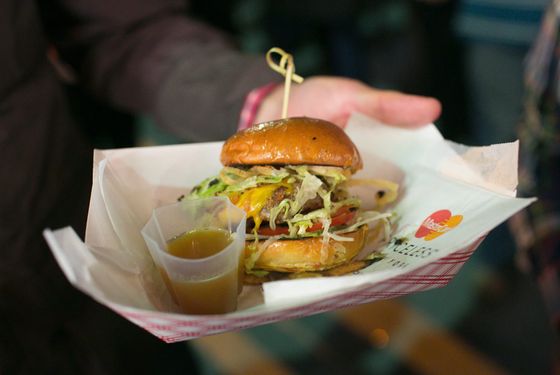 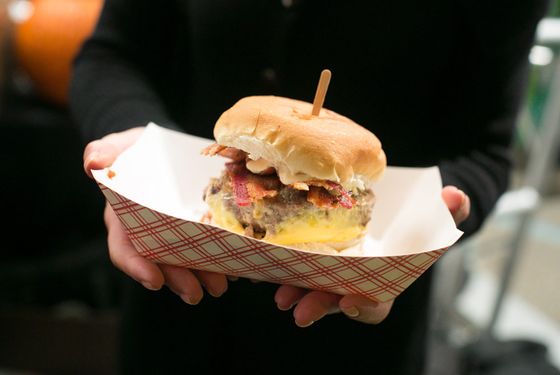 ukraine invasion Yesterday at 12:58 p.m.
You Won’t Be Able to Get a Big Mac in Moscow Ever Again McDonald’s is pulling out of Russia entirely as Putin’s invasion of Ukraine drags on — ending an era that began with promise.
report Yesterday at 8:35 a.m.
The Best Bagels in the World? They Might Be on Long Island. Hot and fresh and just off Jericho Turnpike.
By Jason Diamond
the grub street diet May 13, 2022
Rick Martínez Enjoys a Big Gathering “My ultimate fear in life is that I’m going to have a party and no one’s going to show up.”
By Rachel Sugar

the year i ate new york May 12, 2022
Opening Night at the Potato Palace Daniel Boulud’s latest restaurant, Le Gratin, is a low-key affair, for now.
By Tammie Teclemariam
report May 11, 2022
The Fascinating Mystery of Anna Wintour’s ‘Go-to’ Lunch Can you even call this a salad?
By Emilia Petrarca
lawsuits May 10, 2022
Mario Batali Acquitted in Boston Assault Trial The chef still faces a civil suit.
By Rachel Sugar
commentary May 10, 2022
Nobody Wins When Cops Harass Fruit Vendors Outrage was sparked by the arrest of María Falcon, a street vendor who works in a Brooklyn subway station.
the underground gourmet May 10, 2022
This 86-Year-Old Nonna Is Known As the Pasta Machine “During the pandemic, I’d drop off flour outside her door and she’d give me pasta. It was like a drug deal.”
By Rob Patronite and Robin Raisfeld
restaurant review May 9, 2022
The Hotel Chelsea’s El Quijote Is Back and Better Than Ever Few revivals have been more successful or unexpected than that of the 1930s-era Spanish restaurant.
By Adam Platt
chef shuffle May 6, 2022
A Chef Walks Into a Comedy Club … Einat Admony is working on her material and the menu at the Comedy Cellar.
By Kathleen Squires
the grub street diet May 6, 2022
Kilolo Strobert Loves That Breakfast Offers Unlimited Possibilities “You can eat anything you want!”
By Chris Crowley
first taste May 5, 2022
The $30 Steakhouse Dinner Skirt Steak offers a familiar combo of charred meat, all-you-can-eat fries, and long lines to get in.
By Adam Platt
the year i ate new york May 5, 2022
A Sandwich That’s Worth 192 Minutes on the Subway Fresh mootz on the first nice day of the year.
By Tammie Teclemariam
rsvp May 4, 2022
The Dinners That Preserve a 400-Year-Old Puppeteering Tradition Viennese cakes, Moravian wine, and marionettes at the Czecho-Slovak-Moravian-Silesian-Romani-Ruthenian-Polish-Hungarian-American Club.
By Joe Gutesha and Nastassia Lopez
interview May 3, 2022
Bar Pitti at 30 Chatting with Giovanni Tognozzi on the occasion of his three decades in business.
By Liz Barclay
interview May 2, 2022
The ‘Tumultuous’ Two-Year Journey to Take Over a Rockaways Icon Catching up with the new owners of Connolly’s.
the grub street diet Apr. 29, 2022
Joel Kim Booster Has Mastered ‘Blender Chicken’ “It’s an old-school bodybuilder thing that I saw on YouTube one time.”
By Rima Parikh
openings Apr. 28, 2022
Making the Spaghetti at Cafe Spaghetti Chef Sal Lamboglia’s perfectly named ode to the cuisine of Bensonhurst opens next week in Carroll Gardens.
By Rachel Sugar
the year i ate new york Apr. 28, 2022
The Last Thing New York Needs Is Another Wine Bar And yet, our diner-at-large has found a few new ones that she really loves.
By Tammie Teclemariam
report Apr. 27, 2022
Bellucci vs. Bellucci New York’s next great pizza feud is here.
By Joshua David Stein
More Stories