People waited six hours to get their hands on this. Photo: Khushbu Shah

The post-summer cronut line might be shorter, but after Shake Shack announced last week that they’d be selling 1,000 cronut-hole concretes (made with butter-caramel custard) for one day only — with all proceeds going to charity — the Internet exploded. So it was no surprise that when Grub Street stopped by Madison Square Park this morning to check out the scene, we encountered a line wrapped around the block by 9 a.m., with the first people arriving as early as four in the morning — a full six hours before Shake Shack was scheduled to open.

For many people in line, this was their first cronut experience, and the idea of eating what’s basically an ice-cream sundae before noon hardly fazed people: “Doughnuts and croissants are both breakfast foods,” one customer said. “The ice cream is just dairy — it really is a balanced meal.”While Shake Shack staffers handed out free T-shirts to the first 100 customers, Danny Meyer himself arrived (with a beard) at 10:15 a.m. to survey the chaos. When Grub asked what inspired this, the ultimate hype-beast hybrid food, Meyer replied, “Dominique [Ansel] and I have a mutual admiration society, so when one of my staff members threw out this crazy idea, we just decided to go for it.” And when Grub wondered whether Shake Shack would do this again, Meyer just smiled: “Let’s try and get through today first.” 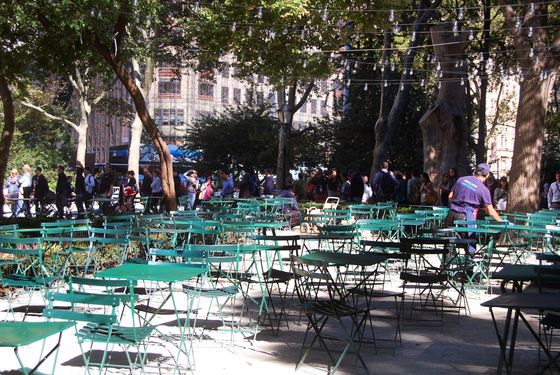 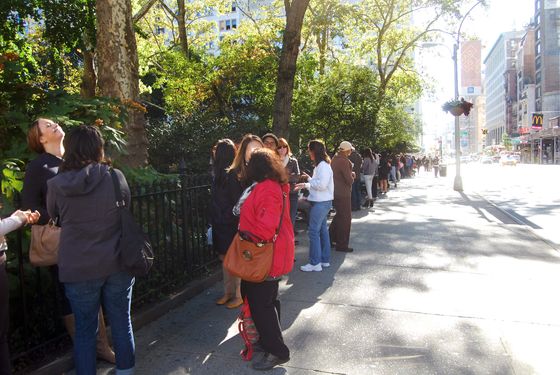 And more of the line.Photo: Khushbu Shah 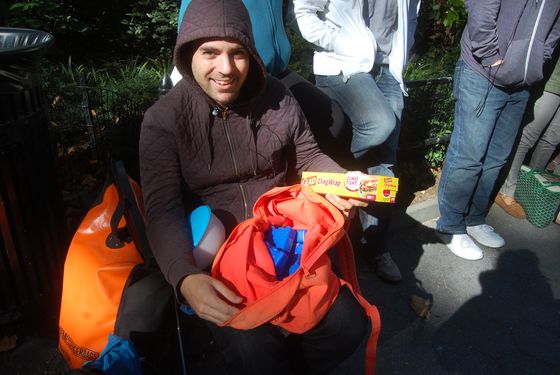 Anyone who arrives with plastic wrap and ice packs is surely a cronut-hole concrete scalper.Photo: Khushbu Shah 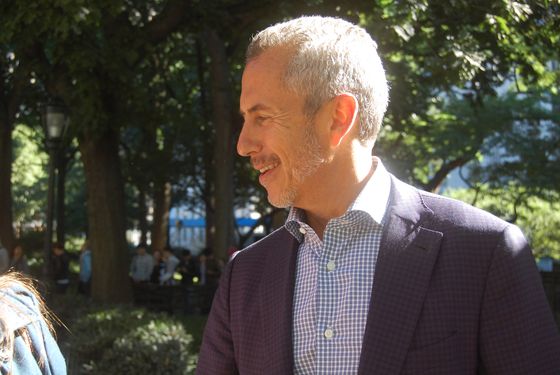 Danny Meyer sporting a beard for the occasion.Photo: Khushbu Shah 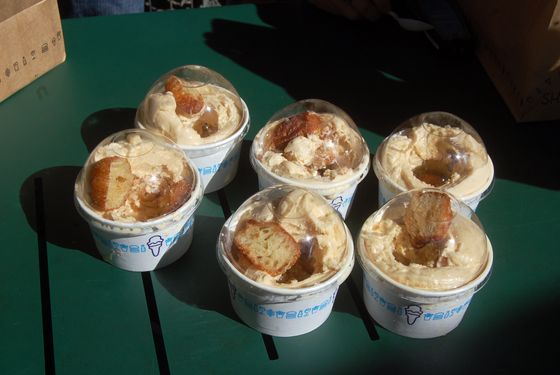 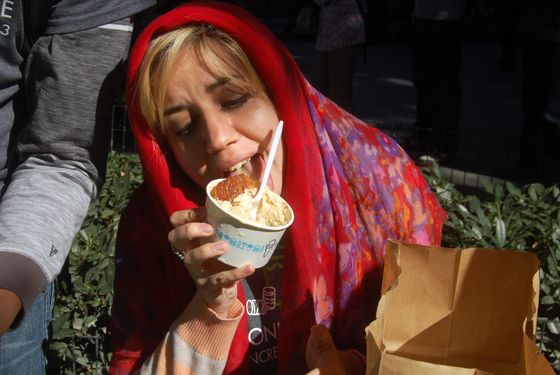 A cronut-hole refugee finally gets to dig in.Photo: Khushbu Shah