If it worked for Raquel Welch, it might work for you. Photo: Everett Collection

The Paleo diet has always been difficult to take very seriously. The program aims to mimic what our hunter-gatherer ancestors ate during the Paleolithic era and is most often associated with city-dwelling males who go around pretending they’re cavemen. But the new shepherds of the Paleo diet aren’t hypermasculine men who install meat lockers in their apartments and gnaw on turkey legs; they’re friendly, perky women who wear polka dots and create Paleo-approved recipes for banana porridge. Including women has made the Paleo diet more popular than ever — even as the science it’s supposedly based on looks more and more dubious.

The diet’s been around since the sixties, but scientist Loren Cordain is the modern-day leader of the movement. His book, The Paleo Diet (published in 2001), set the ground rules for “what we’re programmed to eat.” (The idea is that humans predate processed foods, dairy products, legumes, refined sugars, and grains, so as a result, it’s best for us to avoid them). Then came Cordain’s student-protégé, Robb Wolf, a former research biochemist, power-lifting champion, gym owner, and author of 2010’s The Paleo Solution: The Original Human Diet (first sentence: “This book could save your life.”). If Cordain is the movement’s L. Ron Hubbard, Wolf is its Tom Cruise.

Wolf has helped attract plenty of female fans. Now there’s a core group of Paleo women who are blogging, landing lucrative cookbook deals, and amassing tens of thousands of Twitter followers. Diane Sanfilippo, the author of Practical Paleo, is arguably the most successful of the group. (She learned about the Paleo diet after attending one of Wolf’s seminars.) Sarah Fragoso, author of the soon-to-be-released Everyday Paleo Around the World: Italian Cuisine, credits his influence, too.

Other members of the cavewoman tribe include Danielle Walker (who has a book dropping this summer) and Elana Amsterdam, an author of popular gluten-free cookbooks. She calls the Paleo diet a “notch up” from the gluten-free lifestyle, and — you guessed it — she also has a new book coming out soon.

These women all cite similar-sounding reasons for joining the Paleo movement: It helped them overcome diseases, lose baby weight, and excel while exercising. How? Well … they’re not exactly sure. “I’m not a nutritionist, and I’m not a scientist,” Walker says. “But I know how sick I was, and I know that the Paleo diet has kept me out of the hospital and let me enjoy my son.” Her son is now a gluten-free toddler who eats only sprouted grains.

They all fit a similar mold, too: sporty, healthy, attractive. That’s no coincidence, of course. They’re ambassadors for the brand, and they need to look the part. “You’re not hungry all the time like you are on most diets,” Walker says, in full saleswoman mode. “You look at the Paleo community and no one’s stick-thin. Everyone looks happy, fit, and healthy.” In other words: A woman on this diet plan is the anti-Gwyneth. 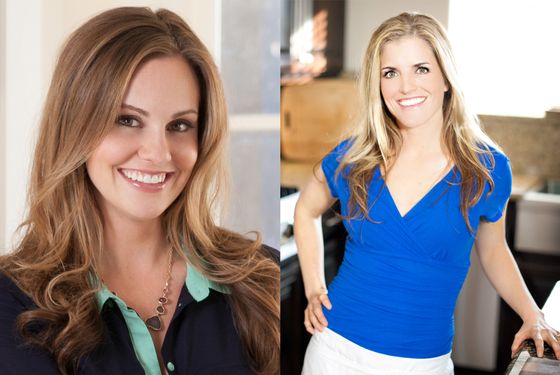 “We’re brainwashed as women to think that if you want to look good, then you have to restrict your calories and do hours of cardio,” Fragoso says. “For the first time, you no longer feel like you have to deprive yourself. I don’t have to eat low-fat, low-carb food, pound the treadmill for an hour a day, and have anxiety and depression.”

The message is clear: If Paleo dudes are intense and primal (That Paleo Guy’s latest post is called “I See Weak People”), then Paleo women are simply regular people who want to be fit and energetic. “Us female mommy bloggers have made this approachable to daily life,” says Fragoso. And that message is working. Practical Paleo spent 21 weeks on the Times best-seller list, Dr. Oz dedicated an entire episode of his show to the diet, and mainstream women’s magazines tout the health benefits.

But the science behind the Paleo lifestyle is, at best, uncertain: The hunter-gatherer lifestyle that the diet aims to replicate has more in common with the Flintstones than actual historical facts. And even beyond that, the human body has evolved quite a bit in the past couple million years.

Last week, an article in Scientific American argued that we’re not biologically identical to cavemen, we don’t have access to the foods they ate, and we’re not even sure what the hell hunter-gatherers were eating.

Even though researchers know enough to make some generalizations about human diets in the Paleolithic with reasonable certainty, the details remain murky. Exactly what proportions of meat and vegetables did different hominid species eat in the Paleolithic? It’s not clear. Just how far back were our ancestors eating grains and dairy? Perhaps far earlier than we initially thought. What we can say for certain is that in the Paleolithic, the human diet varied immensely by geography, season and opportunity.

Jabr concludes, “Chucking the many different hunter-gather diets into a blender to come up with some kind of quintessential smoothie is a little ridiculous.” It’s certainly beneficial to cut back on processed foods, but the rationale behind restricting grains, dairy, and legumes is, per Scientific American, “at best, only half correct.” There’s also an entire book dedicated to debunking the diet.

The lady Paleos get understandably defensive when asked about the backlash. They protest that the Paleo diet is just a guideline; it’s not supposed to be taken too literally. “I’m not hunting for my food,” Sanfilippo says. “We’re not trying to live like we’re in the Paleolithic era. There’s modern technology. But we’re just trying to revert to a diet through which our bodies can live in their best and healthiest forms.”

Perhaps that’s why the tribeswomen are inching away from the term “Paleo.” It’s just a marketing tool, Sanfilippo admits: “The only reason that I call what I’m doing the ‘Paleo diet’ is that it helps people understand what I’m teaching them.” Fragoso echoes the sentiment: “Honestly, if this wasn’t my career, I wouldn’t call it anything,” she says. “But it’s also good that there’s a name for it because it helps spread the word.” (She suggests renaming it the “Real Food diet.”)

“It’s awesome that we don’t have identical genes to our ancestors,” Fragoso says. “I throw my hands up in the air and say, ‘Whatever.’ We’re not cavemen. That’s true. I don’t care to live like one.”

The appeal of the Paleo diet is obvious. After all, you get to eat bacon. But its rise has as much to do with selling books as eating better — a concept that certainly would have been foreign to our hunter-gatherer ancestors.

The Rise of the Lady Paleos: How a Dubious Diet Aimed at Men Appeals to Women,

the year i ate new york 16 mins ago
S&P Is a Worth Successor to Eisenberg’s “A tuna melt here is like a grand soufflé at La Caravelle.”
By Tammie Teclemariam and Adam Platt
lawsuits Yesterday at 11:06 a.m.
An Anti-Streetery Lawsuit Has Been Dismissed New York can move ahead with a bill to make its Open Restaurants program permanent.
report Oct. 4, 2022
Why Restaurant Workers Are Dining Out Less “That was too much money and the service sucked?”
By Chris Crowley
the grub street diet Sept. 30, 2022
Stephanie J. Block Celebrates Taco Tuesday on Monday “Our whole place kind of smells like a Mexican restaurant.”
By Zach Schiffman
the year i ate new york Sept. 29, 2022
What Does Wellness Taste Like? Our diner-at-large goes in search of some good food.
at home in asian america Sept. 29, 2022
The Asian Food Fixation Why does identity have to revolve so tightly around what we eat?
By Mallika Rao
openings Sept. 28, 2022
Who Is the Tokyo Fixer? And Why Does He Have His Own Bar in New York? Welcome to Shinji’s.
By Jason Diamond
openings Sept. 27, 2022
Masalawala & Sons Is Open, and Park Slope Is Amped The duo behind Dhamaka expands to Brooklyn.
By Chris Crowley
rsvp Sept. 26, 2022
How Shyan Zakeri Created the City’s New Must-Have Burger Shy’s Burgers is not your usual pop-up.
By Margaret Rhodes
best in class Sept. 23, 2022
15 of the Very Best Water Bottles Always be hydrating.
By Emma Wartzman
are u coming? Sept. 23, 2022
Richie Akiva Is No Longer the King of Nightclubs, Okay? His post-pandemic move: a celebrity-packed … members-only club.
By Brock Colyar
the grub street diet Sept. 23, 2022
Bobby Finger Is Excited to Eat Indoors Again “Put me as close to people as possible. Put me at the bar. Put me behind the bar.”
By Rachel Sugar
openings Sept. 22, 2022
Eisenberg’s Enters Its A24 Era The name is new, the counter is old, and a Safdie brother is now involved.
By Jason Diamond
the year i ate new york Sept. 21, 2022
Who Are All These People Eating on DeKalb? It might be the most confusingly busy restaurant stretch in the city.
By Tammie Teclemariam
openings Sept. 20, 2022
At Pecking House, the Line Is Finally Manageable You don’t have to wait for New York’s hottest fried chicken anymore.
By Chris Crowley
openings Sept. 19, 2022
Urban Hawker Brings Singapore to Midtown Inside the new food hall, which features 11 vendors from the island nation.
By Mahira Rivers
best in class Sept. 16, 2022
11 of the Very Best Air Fryers Custard toast at the ready.
the grub street diet Sept. 16, 2022
Karen Chee Is Looking Forward to Her Morning Egg “Peeling the shell is like unwrapping a gift.”
By Rachel Sugar
the year i ate new york Sept. 15, 2022
What’s Wrong With Cocktails Right Now? Bartenders and drinkers both seem a bit bored.
By Tammie Teclemariam
rip Sept. 14, 2022
RIP to the Wine Genius Who Created Two-Buck Chuck Fred Franzia had a way with words too.
More Stories