“If you open a restaurant, it’s like a stage.” Photo: Dominic Perri

This evening, Jean-Georges Vongerichten, Phil Suarez, and Paulette Cole are opening ABC Cocina in the former Pipa space, which was included in their lease when they signed for ABC Kitchen. “Pipa was very successful,” Vongerichten tells us. “We were so busy next door that we never touched it. We took our time.” The tapas-style menu, overseen by Dan Kluger and chef de cuisine Ian Coogan (at 33, the youngest chef in the company), is inspired by Spanish and Latin cuisines: Dishes include spring pea guacamole, mushroom tacos with kale, baby-back ribs, and a piña colada. “I spent a lot of time in Southeast Asia, and then I traveled to South America,” Vongerichten says. “I feel like the hemispheres have the same chilies, coconuts, coriander, mangos — all the exotic stuff. It’s just used differently in Thailand and Asia.”

Though many of the ingredients are the same as those used at ABC Kitchen, Vongerichten sees ABC Cocina as a more casual spot. “We want it to be relaxed,” he says. “No fine dining. No foie gras. It’s a little sexier in here, and it feels like a fiesta. This is going to be livelier. There will be music from Brazil, Spain, and Mexico. We want people to feel transported to somewhere else for two hours.” The restaurant itself is stunning: Depression-era vintage glass, reclaimed wood, steel tables, energy-efficient LED lighting, and hot pink mismatched chairs. As general manager Ryan Armstrong says, it feels like you’re in an underwater, fairy-tale palace.

Here’s a look at the space and menus: Vongerichten recommends getting the tacos and the “impossible” flan. You can also look forward to dishes with sugar snap peas, asparagus, and, eventually, tomatoes, as well as the launch of lunch and brunch. It might take you until tomato season to get a reservation, anyways. 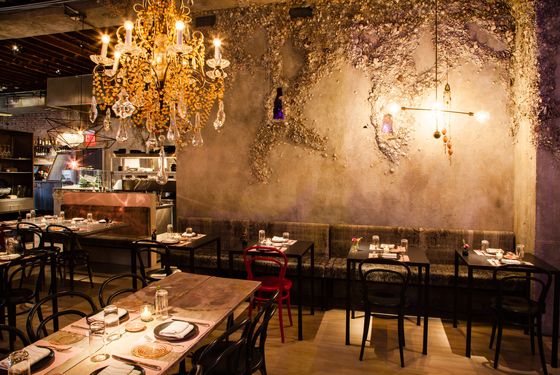 The restaurant boasts an oyster bar and a wood-burning oven, too.Photo: Dominic Perri 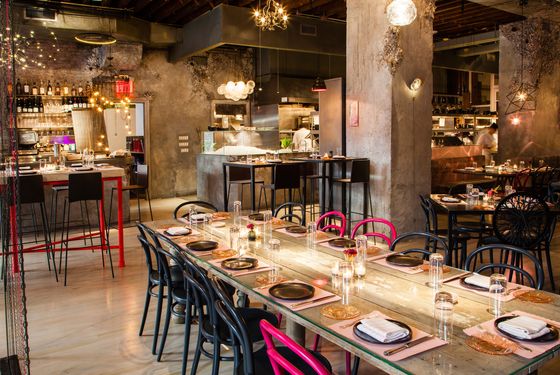 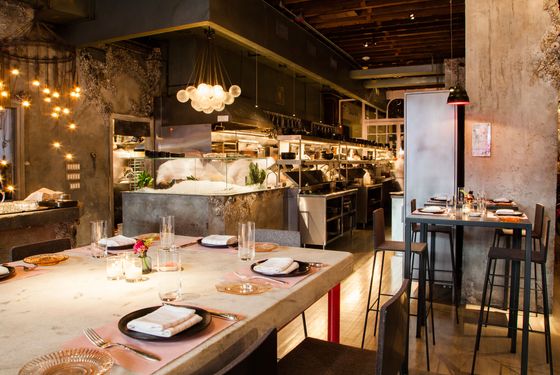 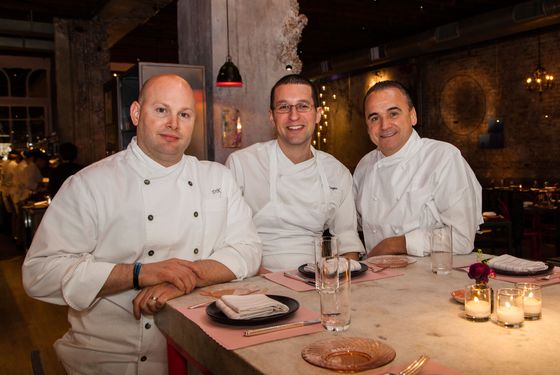 Kluger, Coogan, and Vongerichten. After all these years, Vongerichten says his stomach is still in knots pre-opening.Photo: Dominic Perri

First Look at ABC Cocina, Where Jean-Georges Vongerichten Is Making Tacos and