What happens in Vegas, like these two ‘Bachelor’ ladies air-kissing lollipops, no longer stays there. Photo: Courtesy of Sugar Factory/Facebook

Dry your tears, all of you who cried the day Scott Disick’s Ryu unceremoniously closed in the meatpacking district: The space has been replaced by the Las Vegas import Sugar Factory American Brasserie, which combines only the very best bits of full-service celebrity hangout restaurant, a broad menu of savory food, and a hyperactive candy emporium. (Look, there’s Drake! And FD&C Red No. 40! And Blue No. 1!.) This is a place where superstars become ad hoc confectioners and $36 Day-Glo cocktails are served in 36-ounce “goblets.” Elsewhere, brunch is served, eagles soar, and diabetics tread lightly. The restaurant has been in soft-open mode for a few days and will open wide on Thursday. Straight ahead, some talking points about New York’s newest destination for gummy bears and Akon sightings.

1. The full name will be Sugar Factory American Brasserie, which is a combination of words that manages to be even more ridiculous than Guy’s American Kitchen and Bar.

2. You will be able to get Cherry Tootsie Pops as an alcoholic drink.

3. Mike Tyson has been to the Vegas location. He certainly looks happy: 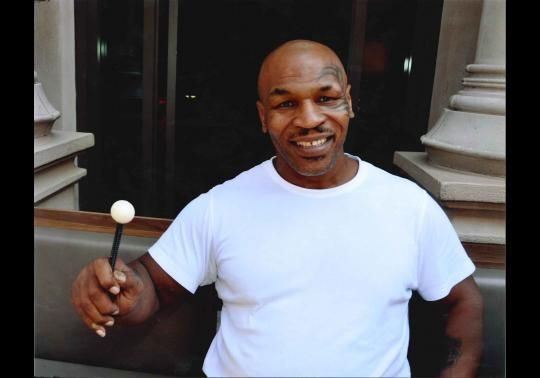 Hope that lollipop is vegan.Photo: Courtesy of Sugar Factory

5. Scott Disick puts on a tux when he goes to buy candy at the Sugar Factory, so you probably should, too. 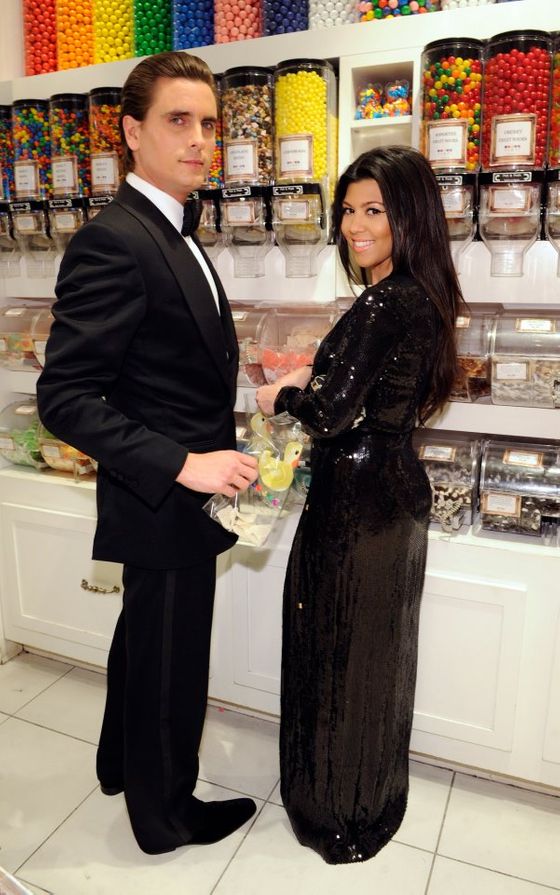 He’s got white chocolate in that bag, of course.Photo: Courtesy of Sugar Factory

6. Examples of things that happen to cocktails at the Sugar Factory: They are garnished with “floating gummi worms” and are “adorned with candy necklaces and swirly lollipops.” The Blow Pop-themed martini glass has a Pop Rocks rim. Over at the “Goblet Bar,” you can pick up a drink made with watermelon vodka, tropical fruit liqueurs, gummy bears, and Red Bull. 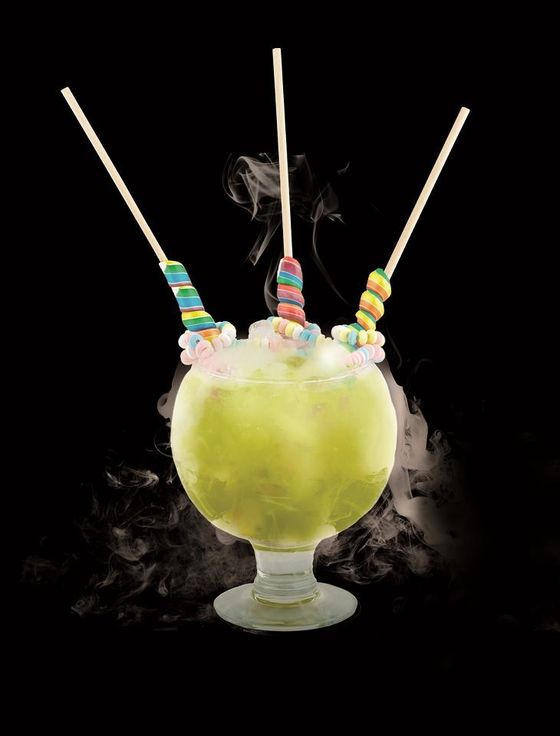 All goblets are served with free “celebri-fog.”Photo: Courtesy of Sugar Factory

7. Per the restaurant’s official site, “Couture Pops have become a pop culture phenomenon and have made confections a celebrity accessory.”

8. This is not the first time there has been a business called the Sugar Factory on Gansevoort Street. New York’s first Sugar Factory opened in 1781, but it was an actual factory for imported cane sugar, and they only had boiled eggs and sliced pickled tongue for lunch, which workers ate in total silence. 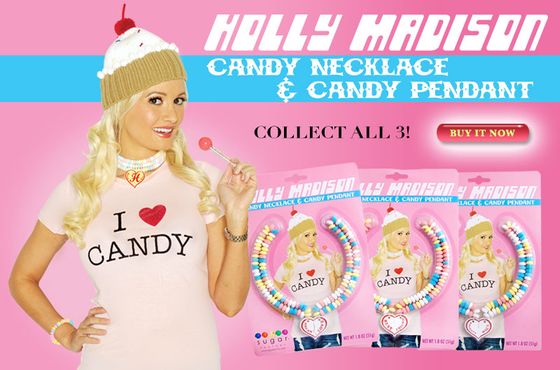 Try all three varieties, which all basically the same.Photo: Courtesy of Sugar Factory

10. If the idea of a boisterous candy- and celebrity-themed restaurant in the meatpacking district doesn’t seem like the right concept for you, just think of Sugar Factory as an eternal prom.

11. Violent Lips, the company’s line of temporary lip tattoos, are not only “vitamin-enhanced,” they’re also vegan, made in America, and not tested on animals. Plus, they’re “FDA-approved.”

13. Speaking of toxic: Britney Spears celebrated her engagement at the Sugar Factory.

14. Brooklynites will get their very own saccharine monstrosity: A Sugar Factory will open at the Barclays Center this fall.

14 Things to Know About Sugar Factory, Taking Over the Ryu Space in the

Why the Closing of New York’s Lexus Restaurant Is a Real Loss
Why the Closing of New York’s Lexus Restaurant Is a Real Loss
All closings »
restaurant review 20 mins ago
Dining and Dashing at Semma Attempting to savor South Indian delights during a COVID surge.
By Adam Platt
rip Jan. 15, 2022
Good-bye to Ed Schoenfeld, a Man Who Changed the Way New York Ate The restaurateur and food-world impresario has passed away.
By Adam Platt
urban forager Jan. 14, 2022
At Té Company, the Persimmons Are Hung Up to Dry “The old way of preserving ingredients — for me, it’s fascinating.”
the grub street diet Jan. 14, 2022
Starlee Kine Spends Lunch Breaks With Her Dog “For every human that left the city, it seems a dog has been added.”
By Rachel Sugar
reopening Jan. 13, 2022
How Bad Has Omicron Been for New York’s Restaurants? As with everything these days, it depends who you ask.
By Chris Crowley
closings Jan. 13, 2022
Why the Closing of New York’s Lexus Restaurant Is a Real Loss Against all odds, it served as a worthy passport to food from around the world.
By Joshua David Stein
gifts they might actually want Jan. 12, 2022
The Best Gifts for Beer Lovers, According to Brewers and Beer Lovers Because you can do better than a novelty beer helmet.
omicron Jan. 12, 2022
Now We Have to Worry About Groceries, Too? Store shelves are looking emptier for some very real reasons.
members only Jan. 12, 2022
New York’s First NFT Restaurant Is Coming Soon. Wait — What? You’ve got questions. We’ve got (some) answers.
best in class Jan. 11, 2022
25 of the Very Best Drinking Glasses Twenty-one interior designers and service-industry professionals weigh in on their favorite glasses for water, juice, iced tea, or something stronger.
By Dominique Pariso
reopening Jan. 10, 2022
The Restaurant Industry Has Always Treated Sick Workers With No Remorse Will anything change because of Omicron?
By Chris Crowley
the grub street diet Jan. 7, 2022
Actor Jeff Hiller Is Eating His Feelings “My husband does basically all of the cooking and I just reap the benefits.”
By Chris Crowley
reopening Jan. 6, 2022
Eric Adams Has Already Lost New York’s Restaurant Workers That was fast!
cheers Jan. 5, 2022
To-Go Drinks Are Coming Back, Governor Hochul Says “Cheers, New York.”
what to eat Jan. 5, 2022
The Time for Stuffed Peppers Is Now Especially at Dhamaka.
ugh Jan. 4, 2022
The Biggest Problems Facing New York’s Restaurants Right Now Things are still weird.
By Rachel Sugar
strange days Jan. 3, 2022
Grub Street’s Dining Resolutions for 2022 and Beyond Two dozen ideas to help ring in an unusual New Year.
By Grub Street
year in review Dec. 30, 2021
New York’s 20 Most-Read Stories in 2021 The articles our readers were most deeply engaged with this year.
where to eat Dec. 28, 2021
Adam Platt’s 12 Best Restaurants of 2021 New York Magazine’s restaurant critic eats his way through a changing city, reconnecting with old favorites and discovering new ones.
By Adam Platt
luxury mustard Dec. 27, 2021
At Least the Snacks Were Fantastic in 2021 The year in boutique provisions.
More Stories