You’re probably aware that the surface of your iPhone responds to fingers, but not pens, because of the capacitors that are built into the layered screen. Other than a few inconvenient workarounds, it was thought that few options outside of expensive styluses were available, until a man named Norihide Nishi figured out that the cheap, sturdy, and organic king oyster mushroom did the job just fine. Nishi’s photo of the mushroom stylus in action was retweeted more than 8,000 times, which of course inspired other users to see what worked. And hey, look at that — all sorts of other veggies have the natural capacitance to operate the iPhone’s screen. You may now use baby carrots to get through Temple Run 2. 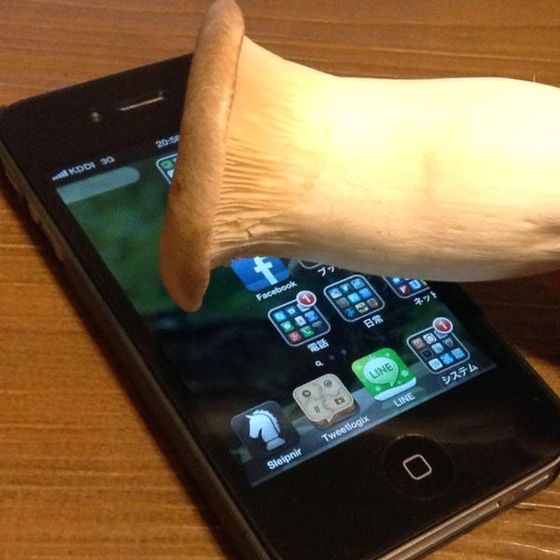 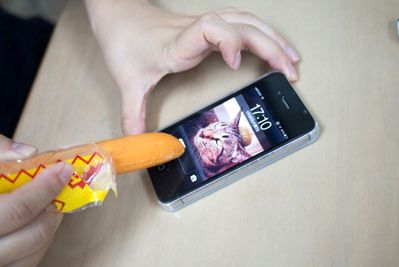 Nishi was inspired after seeing a Cheese Kamaboko stylus. Was this fish stick the inspiration for all of the mushroom experiments?Photo: DEEokinawa 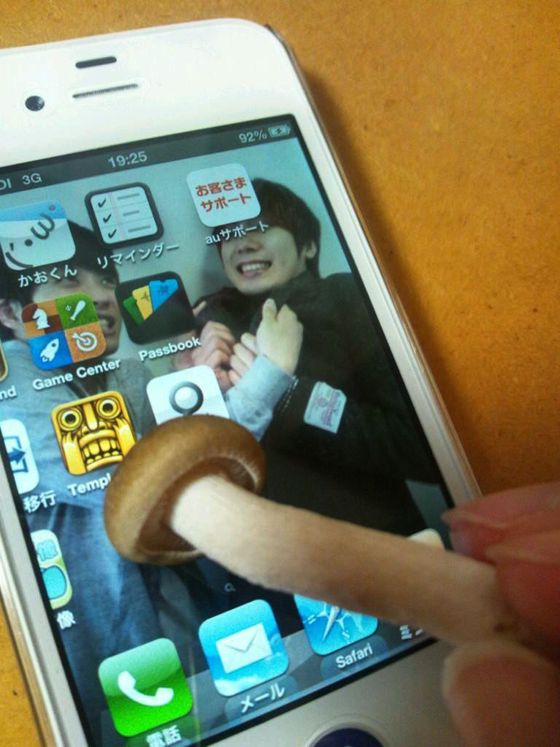 This mushroom will get you through Temple Run unscathed.Photo: ashuuum/Twitter 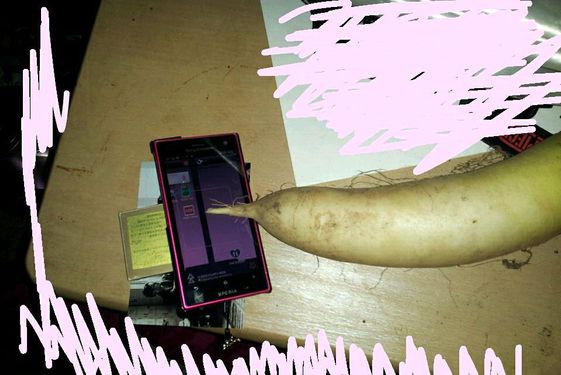 This daikon radish will not improve your Draw Something skills.Photo: 4seasons_ryuto/Twitter 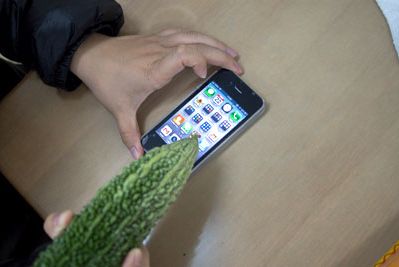 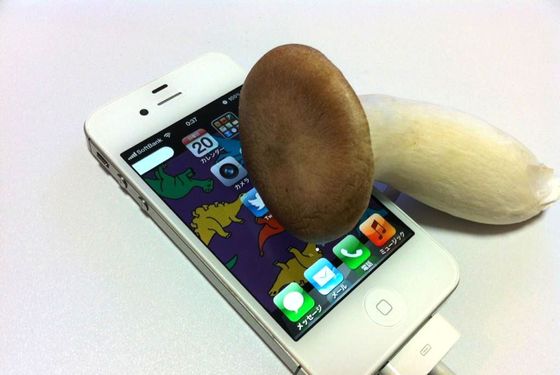 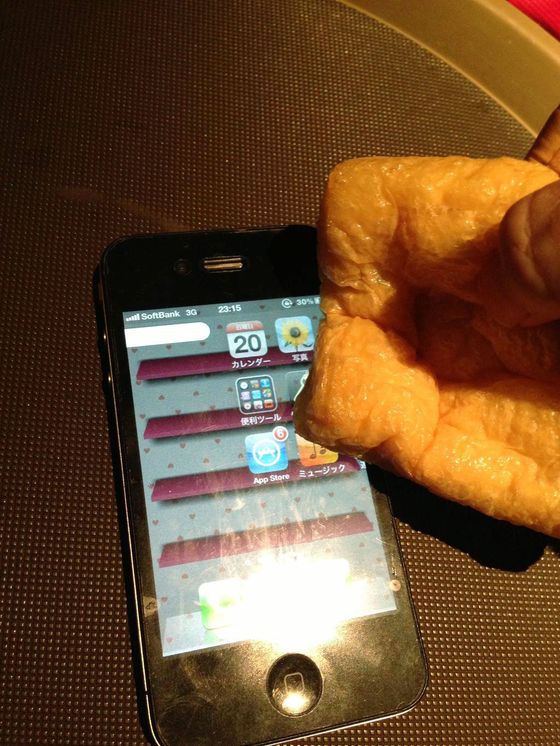 A lump of fried tofu has its own playlist.Photo: yamagupyyyyy/Twitter 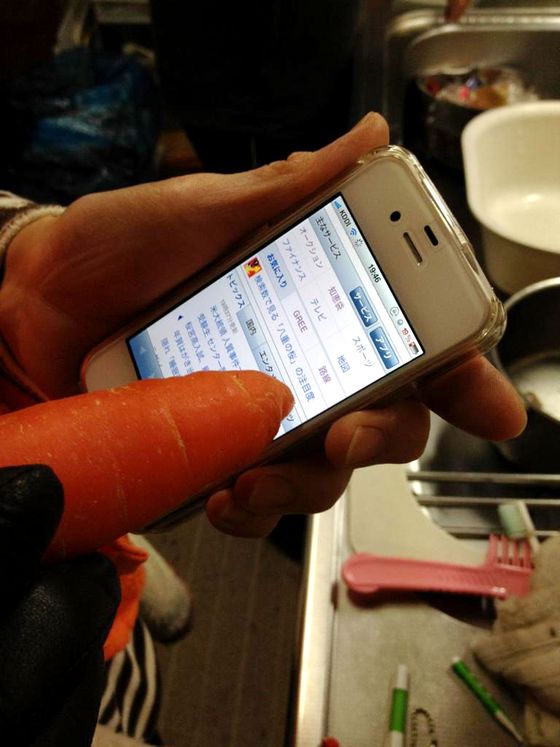 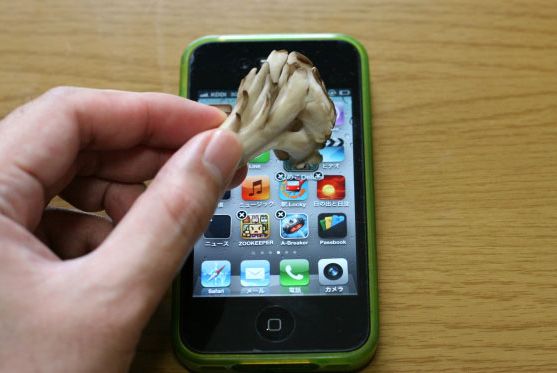 Here Are Ten Photos of Vegetables Being Used to Operate iPhones

q&a Yesterday at 11:11 a.m.
Why San Francisco’s Top Restaurant Critic Is Resigning After Just Four Years “I had one year of normal restaurant-critic stuff, then everything went to shit.”
the underground gourmet Feb. 6, 2023
A Tasting Menu That Ends With Plenty of Leftovers Bird Dog offers the most useful luxury of all.
By Tammie Teclemariam
best in class Feb. 3, 2023
16 of the Very Best Water Bottles Always be hydrating.
By Emma Wartzman
the grub street diet Feb. 3, 2023
Novelist Xochitl Gonzalez Always Has Capers on Hand “Capers are your bitchy friend who can’t keep their mouth shut.”
By Emma Alpern
problem solving Feb. 2, 2023
Everything You Need to Know About Tipping Right Now 15 to 20 percent isn’t going to cut it anymore.
look book Feb. 2, 2023
The Look Book Goes to Tatiana  A recent Wednesday night at chef Kwame Onwuachi’s consistently booked Lincoln Center restaurant.
drinks Feb. 1, 2023
Via Carota Is Launching Its Own Bottled Cocktails Negronis, Manhattans, and espresso martinis that are ready for your home bar and your TikTok feed.
By Chris Crowley
the underground gourmet Jan. 31, 2023
Italian Beef So Good You’ll Forget About The Bear The sandwiches at Bobbi’s stand out on their own terms.
By Tammie Teclemariam
gifts they might actually want Jan. 30, 2023
The Best Gifts for Beer Lovers, According to Brewers and Beer Lovers Because you can do better than a novelty beer helmet.
field notes Jan. 30, 2023
The Tin Building Has Everything (Except a Purpose) Jean-Georges Vongerichten’s lovely but lifeless $200 million food hall.
By Adam Platt
the grub street diet Jan. 27, 2023
Sylvan Esso’s Amelia Meath Wants the Weird Appetizers “If there’s a bad app, I’ve gotta try it.”
By Alan Sytsma
the year i ate new york Jan. 26, 2023
The Hotpot Haze of Haidilao A steamy, celebratory feast in Flushing.
By E. Alex Jung
news Jan. 25, 2023
Here Are the Semifinalists for the 2023 James Beard Foundation Awards New York is well represented by Department of Culture, Kru, and more.
groceries Jan. 25, 2023
Welcome to the Shoppy Shop Why does every store suddenly look the same?
By Emily Sundberg
the underground gourmet Jan. 23, 2023
Now Is the Time for Trini Roti The Caribbean staple is a perfect midwinter lunch.
By Tammie Teclemariam
the grub street diet Jan. 20, 2023
Kashana Cauley Will Drive an Hour for the Right Yogurt “I believe in good yogurt more than other people believe in God.”
By Zach Schiffman
conversations Jan. 18, 2023
The Rush to Call Fine Dining’s Death Does Noma’s closing announcement really mean other restaurants are doomed?
By Chris Crowley, Alan Sytsma, and Tammie Teclemariam
top story Jan. 17, 2023
Restaurant Workers Are Paying to Keep Their Own Wages Low The National Restaurant Association lobbies Congress to keep the minimum wage low. Revenues from food-safety courses help pay for that.
the underground gourmet Jan. 16, 2023
Where to Find the City’s Best New Soup Elaborate broth is back.
By Tammie Teclemariam
the grub street diet Jan. 13, 2023
Highsnobiety’s Willa Bennett Is Thinking About Her Overnight Oats “I’ve never tried to make the oats while I’m away. It wouldn’t be the same.”
By Zach Schiffman
More Stories