Everyone chooses sides on Valentine’s Day: You’re pro or con. You go out or you stay in. You love it or you hate it. But no matter where you fall in any of these debates, you’ve got to drink something. And contrary to what Pretty Woman might tell you, there’s nothing inherently romantic about sparkling wine. (You do know that the real Dom Pérignon was an old, celibate monk, right?) In fact, choosing the right Valentine’s drink is a little trickier than just going to the liquor store and buying the best bottle of bubbly you can afford.

There will be a lot of suggestions in the media this week and next about how to get Valentine’s Day “just right” for that special someone. There will be talk of candles and chocolate, but also, of course, your drinking choices: “The Perfect Drink for your Sweetheart,” “Romantic Cocktails for a Truly Romantic Night,” “Three Sparkling Wines Just as Love-ly as Champagne!” Some people will advise you to make drinks with supposed aphrodisiacs like jasmine and almond; others will tell you to combine cranberry juice, grenadine, strawberries, and vodka into some ungodly thing called Love Potion #9 or whatever.

Do not heed that advice.

No self-respecting adult should drink anything called a love potion, and there is something very unsexy about anyone who uses the word ‘aphrodisiac.’ Plus, there’s no reason to drink anything on Valentine’s Day that you wouldn’t drink any other day of the year. Instead, VDay is all about trying to craft an evening culled from bits of fairy tales and movie scenes. In other words, image is everything, so you might as well just choose a drink that makes you look cool and reminds your date of a romantic movie.

I’ll leave the pro/con debate re: the merits of Valentine’s Day up to you, and I’ll assume if you’re anti-Valentine’s Day, you’re also anti-drinking-something-specific-on-Valentine’s-Day. But, for people who are planning something — anything — here is the official Sloshed guide to drinking during Valentine’s Day. 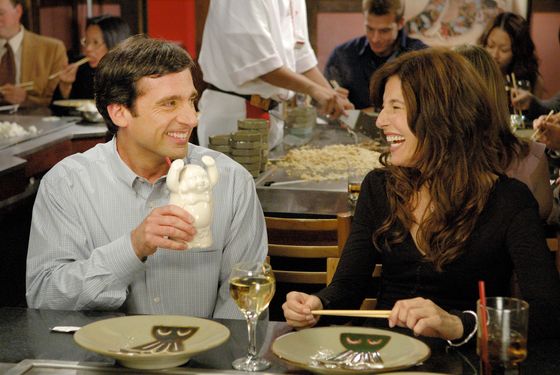 The Mood: New Couple, Low-key Valentine’s Day
This is my favorite couple out on Valentine’s Day — the people who just started dating like two weeks ago. It adds pressure to a situation already fraught with peril. Do you go all-in with your new partner? No, you do not. You go lowercase romantic and look forward to getting lucky as the night wears on.
What You’re Drinking: Part of me wants this couple to be forced into ordering Champagne and chocolate-dipped strawberries, just so they have to squirm through the night. In reality, stick to something innocuous and classy: A sidecar would be a good cocktail choice. Follow it up with some middle-of-the-road bubbly — better than standard-issue Prosecco, not as fancy as high-end Champagne — for wine.

The Mood: Let’s Get it On.
What You’re Drinking: Why are you wasting your time drinking? Get in that bedroom and get those clothes off.

The Mood: Single dude out on the town.
Inevitably there are some single people out there who swear it’s the best night to score just meet someone and strike up a conversation. Fair enough.
What You’re Drinking: The trick here is to seem charming, not creepy. Regardless of whether you’re looking for a guy or a girl, best to think George Clooney or Ryan Gosling, and drink appropriately. That means old-fashioneds and sazeracs are in. Tequila shots are out. 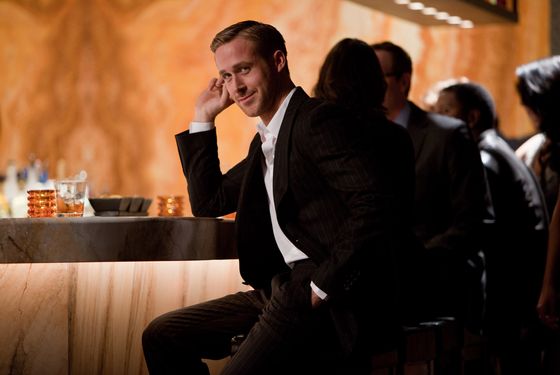 Look like this if you want to sleep with anyone in the bar.Photo: BEN GLASS/ Warner Bros.

The Mood: Single lady out on the town.
It’s basically the female version of the single dude. Whatever your actual intentions are, the goal is to project the image of just wanting to drop into a nice bar for a drink and some small talk.
What You’re Drinking: Here’s where you take a page from the Some Like it Hot playbook. Get a rye Manhattan (go for a twist instead of a cherry) or a Martini. Or even better, go off-menu and have a bartender make you some sort of bespoke drink.

The Mood: Fuck Valentine’s Day
For some, Valentine’s Day is an invitation to hate Valentine’s Day, for any number of reasons. Sure, defining yourself by your enemies doesn’t seem like the best strategy for a fun evening, but someone has to wage war against those greeting-card companies, I suppose.
What You’re Drinking: Whatever you want, but the strong play is nursing a 40 of Olde English while you ceremoniously dump a bottle of Champagne down the drain. Play some Joy Division while you do it. 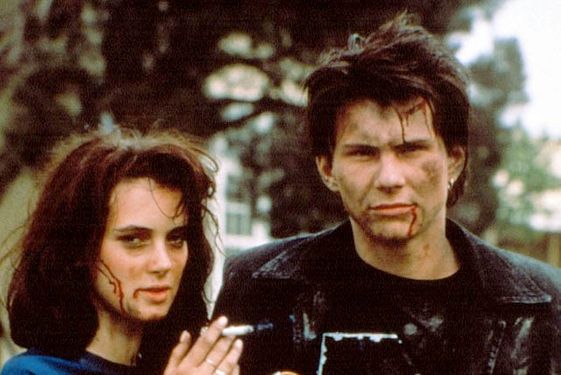 Not in the mood for Valentine’s.Photo: New World Pictures

The Mood: Just Broke Up
This could go a lot of different ways. Are you sad? Angry? The dumper? The dumpee? Whatever, doesn’t matter: Let’s torch this fucker.
What You’re Drinking: Drive to your nearest college town and order the shot most likely to make you blush when saying its name out loud. This is a night when you can justifiably order “another Wyoming Legspreader,” so take advantage. 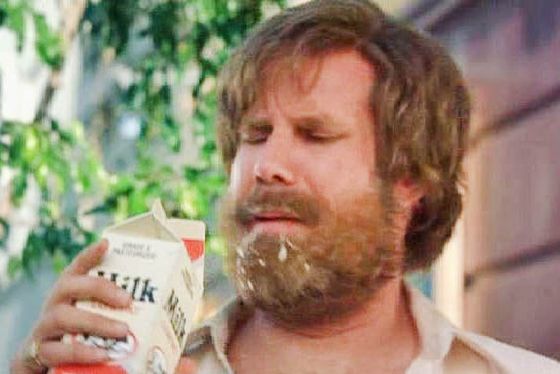 The Mood: Your Partner Really Loves Valentine’s Day
It doesn’t matter how you feel about Valentine’s Day. If you find yourself with a mate who is really, really into the holiday, you owe it to him or her to go all in.
What You’re Drinking:Get two crystal flutes, fill halfway with assorted berries, top with Champagne, and garnish with an entire bouquet of roses. I don’t know how you are going to fit the whole bouquet in the glass, but your efforts to do so will not go unrewarded.

The Mood: Actually Not Caring About Valentine’s Day at All
Say you’ve been in a years- or decades-long relationship, and at this point you know this is the person you’ll be with until the day you die — and you don’t need February 14 or some $75 prix fixe to remind one another about it.
What You’re Drinking: You get to enjoy the benefits of a long-term relationship. Which are these: Get into your pajamas, fire up whatever show everyone loves that you haven’t gotten around to watching yet (Friday Night Lights, that show about the British maids), and give a little tip of the hat to VDay by opening a bottle of red wine. Each. 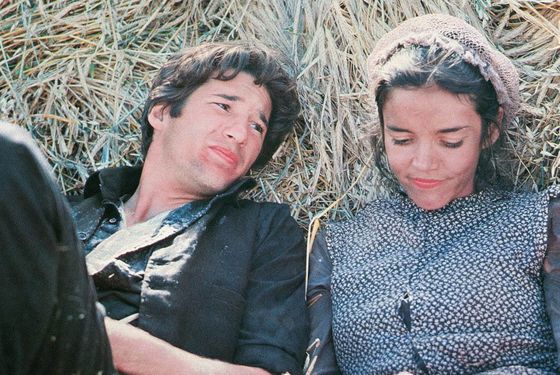 The Mood: Reigniting the Flame
Of course, not all long-term relationships have the luxury of not caring about lost passion. We all go through those patches where it seems important to rekindle some early relationship energy.
What You’re Drinking:So, fine, Champagne here. But be careful. There’s nothing worse than drinking great Champagne with someone you aren’t also talking to. I’d suggest a rosé Champagne here. It will feel romantic and special — it’s pink! — but still a little casual.

The Mood: The Sweet Spot
Yes, there are those couples to whom the Valentine’s Day script actually applies; they are couples still new enough to do mushy things like give each other stuffed animals or mix tapes, but not so new that they worry about coming on too strong with a misplaced “I love you” or a change of Facebook relationship status.
What You’re Drinking: If you’ve got all the real emotional stuff, you shouldn’t get carried away with the fake holiday stuff. A Champagne cocktail would be perfect here — with a little cognac like Dave Wondrich advises — but so would an evening of bowling and Miller High Life. Your Valentine’s Day drinks should reflect you and your actual role within this yearly ritual — not everyone is in a satin-and-bubble-bath relationship. 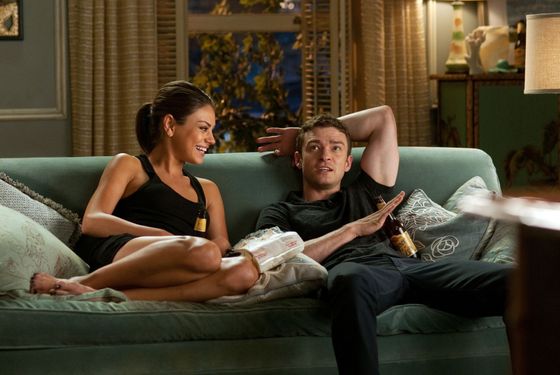 Related: The Valentine’s Playbook
Earlier: How to Order a Proper Drink in Any Bar, Anywhere

Sloshed: What, Exactly, You Should Be Drinking on Valentine’s Day